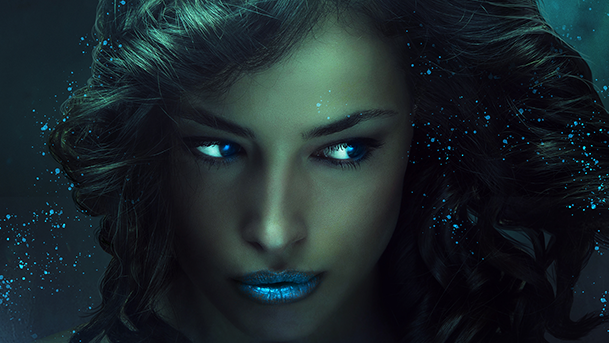 Greeting Otherworld travelers, and welcome to our second day of this lovely holiday week, where we look at amazing urban fantasies.  Today, we are going to meet a legendary author as she embarks on a new adventure with a new series.  Read on to learn more about Siren Rise.

Author Bettina M. Johnson is at the top of her game.  She’s a very prolific series writer with two successful series under her belt which have amassed a number of fans and positive reviews.  Johnson is ready to enchant again with the release of a new debut series.  In Siren Rise: A Secret Sirens Paranormal Romance – Book 1, the author brings a new character to the forefront, with all the captivating charm and magic that her readers have come to expect.  Siren Rise might even be Johnson’s most gripping work to date, as it’s also full of steamy scenes and darker intrigues.

A mystical siren with lofty goals. A rock star with dark secrets who always gets his way. When Fate throws them together, will powerful magic destroy their forever? Or will their souls sing in harmony for eternity?

Tarni Vanderzee shuns conformity. Refusing her family’s demands she have her vocal chords magically altered, the young siren instead flees to Las Vegas and its dark clubs. But her search for enough power to take down her father’s ugly dynasty takes an unplanned detour when she runs headlong into a wild rockstar’s arms…

Logan MacDuff lives and breathes sex, drugs, and Rock ’n’ Roll. With his rocket-like ascent to celebrity status bringing him the hedonistic lifestyle he craves, he refuses to bow to anyone else’s moral code. But when a striking woman blindsides him, the high-flying musician would exchange every drop of adulation for a future with the stunning seductress.

Reunited in Los Angeles, as Tarni succumbs to her charismatic lover’s charms, she’s determined not to reveal the truth behind her long-lived existence. But Logan has skeletons of his own, ones that put him in the direct path to Tarni’s happiness, and he fears as the only person he longs to share them with she is the one who could destroy him…

Will their souls sing in harmony for eternity, or will they explode in a blaze of fleeting glory?

If you love spending time with new favorite characters, you’ll definitely want to follow Bettina M. Johnson.  She’s already built out two large mystery series, and she knows how to build into more exciting events and revelations with each release.  Siren Rise takes all the talent and imagination she’s honed thus far and pulls it in a thrilling new direction.  And with two other books in this series on the horizon, there’s no better time than now to pick up the first book in what is bound to be an incredible series.  Check out Siren Rise: A Secret Sirens Paranormal Romance – Book 1 on Amazon today!