Hello folks, and welcome to another day here where we visit the Otherworld.  We’ve had a great time bringing your attention to other great fantasy stories, and today will be no different.

Simon Kewin presents the first book in his The Cloven Land Trilogy with Hedge Witch. And it immediately becomes a page-turner.  Every step of the way, you’re interested in the drama that surrounds protagonist Cait, who learns more about what she is and what lies in store for her. 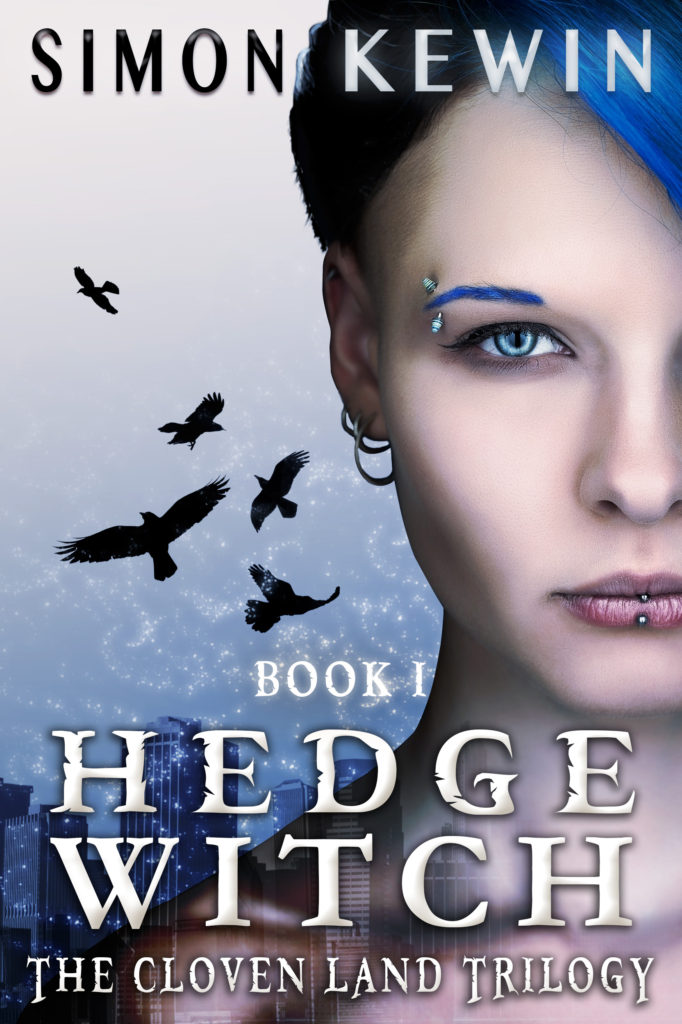 At Manchester Central Library, she’s caught in the crossfire between the witches and the undain, two worlds fighting for an old book. Cait takes the book and is told to run, hide the book or destroy it. The undain’s secrets are buried in its pages, and they want it almost as much as they want her.

The fate of two worlds is at stake. Along with definitely-not-a-boyfriend Danny, Cait has to decide what to do: run, fight, or hope it all goes away.

But then Cait learns who she really is, along with the terrible truth of what the undain have been doing in our world all this time.

It’s no surprise that Hedge Witch is practically universally loved.  It’s received a fair share of good reviews, and it’s sparked two sequels (and a prequel)—the third book arrives on June 21st!  To celebrate, this second book in the series has a very attractive price right now: it’s just 99 cents through the 26th of June!  If you’re interested in what Kewin has to say, you can check out his website here.  And since there’s no time better than now to do so, pick up Hedge Witch from Amazon today!