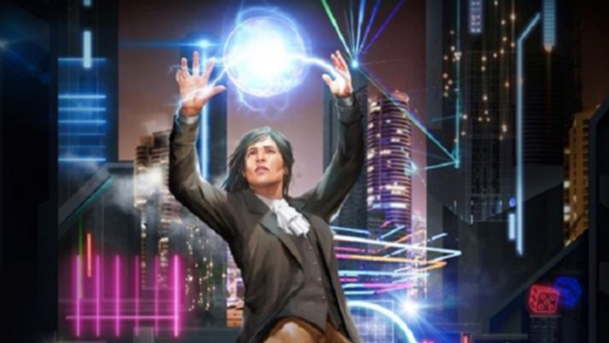 Howdy folks.  Last week was a bit of a busy week for the Otherworld, and we’re shaping up to have another one this week, even though we’re starting a little bit late.  And we’re starting off with a tremendous entry in the “Okay, that’s a hilarious idea,” the debut of one of prolific author Michael Angel’s series, Fantasy & Forensics.  This is the Centaur of the Crime.

What do you get when you mix crime scene investigation mysteries with good old-fashioned fantasy?  Why, Michael Angel’s clever and witty Centaur of the Crime, the first book in the Fantasy & Forensics series.  Angel is well-written and has already released dozens of great books, and Centaur of the Crime is one of his most highly regarded tales.  Angel’s characters here are engaging and interesting, and his prose catches readers on every word.  Before you know it, you’re hooked, even before some of the more fantastic elements of the story unfold.

Kidnapped to a world of magic, can Dayna Chrissie use forensic science to solve a royal murder…before centaurs and humans plunge headlong to war?

C.S. Lewis meets CSI when Dayna Chrissie, the LAPD’s best crime scene analyst, finds a golden medallion on a body that’s been unceremoniously dumped at a construction site. At first, she doesn’t think the find’s that unusual. Until that medallion’s enchantment transports her to the magical world of Andeluvia.

Dayna’s been summoned out of desperation: Someone’s murdered the king, and if she can’t solve the mystery, human and centaur realms plunge headlong into war! But nobody wants peace when war offers chances for riches and glory. So Dayna ends up with a team of cast-offs: a centaur wizard with father issues, a brash griffin warrior, and the world’s unluckiest magical deer.

And the trail leads where she least expects it…back home! When the evidence brings Dayna and her new friends back to Los Angeles, she must use all of her knowledge of forensics in order to solve the case.

The price of failure? A war that will kill millions and devastate Andeluvia.

Hope she works best under pressure.

For readers who enjoy either mysteries or fantasy novels with a touch of humor, Angel has you in good hands.  For those who are fans of both, you’re bound to meet a new favorite author.  This series is captivating, and the world that Angel builds has plenty of potential.  This first tale introduces you to Andeluvia and lays the groundwork for the later stories set in that world.  And while you could certainly pick up any book in the Fantasy and Forensics series, it truly is best to start at the beginning, as you’ll see the relationships grow from the onset.  With that in mind, this is the book for you if you’re looking to begin down a road of humor and mysteries.  Check out Centaur of the Crime (Fantasy & Forensics 1) on Amazon today!

And if you want to get a free bonus within the series, signing up for Angel’s newsletter gets you a copy of the midquel Novella, Forensics and Dragon Fire.  Check it out!