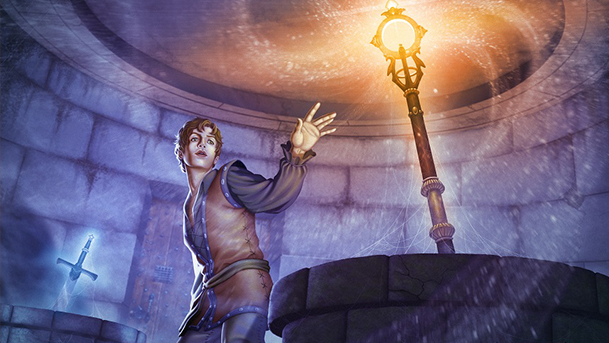 Howdy folks.  In 2019, I started working on a project called The Whispers that ran for nine chapters until I put it on pause in order to catch up to other content I had to work on.  The Whispers is an interactive project that leans on its readership to help tell the story.  At the end of each chapter, readers are given the chance to vote on what to tell the main character, as he can hear them speak to him.  Nine chapters brought us to about the halfway point of the story, around 38,000 words in.  Over the course of nine months, that’s not a very long amount of time to be writing.  The story will probably be about 150 pages when it’s completed, but I have to wrap up a couple of projects that have harder deadlines before I can pick The Whispers back up.

It’s not a dead project—it’s just on hold.

And now you can get a glimpse of concept art that Cristiano Reina put together for us. 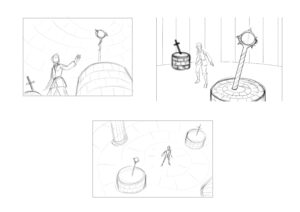 It all started with a sketch.  The first choice that Declan has to make in the story is whether to pick up a magical sword, or a magical staff.  It shouldn’t be too surprising which one he went after.  But the sketch gave us some choices for how to figure out what he would be able to pick between. 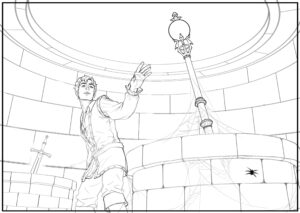 After we selected the sketch we wanted to move forward with, Cristiano set to work, doing an awesome job of giving Declan’s potential equipment a lot of pop. 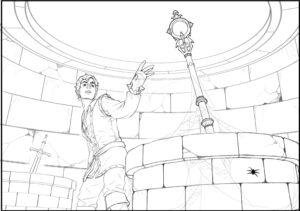 Shortly after that, he cleaned things up and gave the staff (which Declan would ultimately choose) a bit more personality. 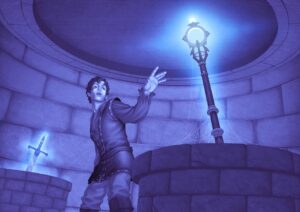 After that came the first splash of color.  Here you can see that even though the focus is on the staff, the sword has some magical properties too.  The question in, will we ever see what it could have done for Declan?

A little more spit shine, some shading and some color does wonders here, and the magic of the staff grows even further.  Who can blame Declan for wanting to see what kind of magic the staff was going to lend to him? 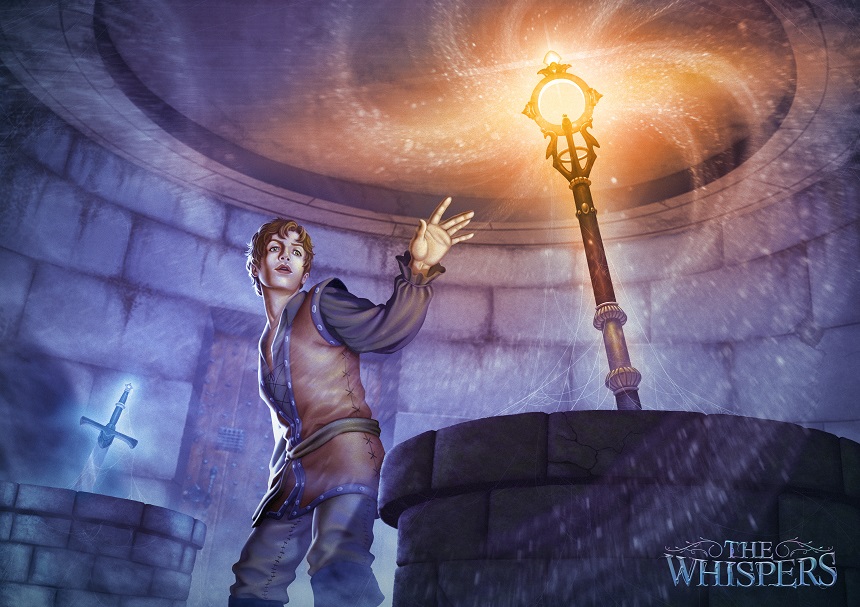 The final version gets an even brighter change of colors, and even a door so that Declan can escape that little room.

The Whispers was a very fun project to work on—even though it was also plenty exhausting.  It’s not your typical story, and not being able to plot out too much in advance surely has its downsides.  All that said, I’m going to be very happy when I do get my chance to jump back in and wrap up the second half of Declan’s story!