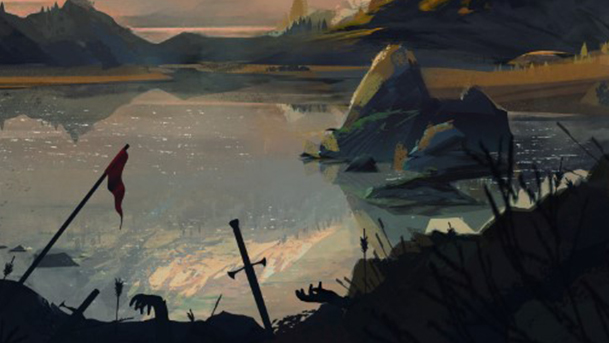 Greetings travelers!  What’s this?  A second otherworld stop in the same day?  That is absolutely right.  November is historically a busy month for writing, and this year is no exception.  While I am working very hard on a book of my own, we’ve got other storytellers who are proud and excited to show there’s off.  Read on to learn more about The Peace at Knife’s Edge, by one such author.

James Pina marks his debut with a very robust and rich fantasy novel that readers will absolutely fall in love with.  In The Peace at Knife’s Edge (The Breathing World Book 1), the author demonstrates his great respect and passion for the genre.  Indeed, even the name of the series shows his commitment to the universe he has crafted, as the story brims with lore and legend, the world alive in the details.  The creation of the events that led the audience to the starting point in the book is impressive enough, but he also sets his characters to work winning readers over and convincing them to take the journey, from one interesting set piece to the next, new revelations always on the horizon. 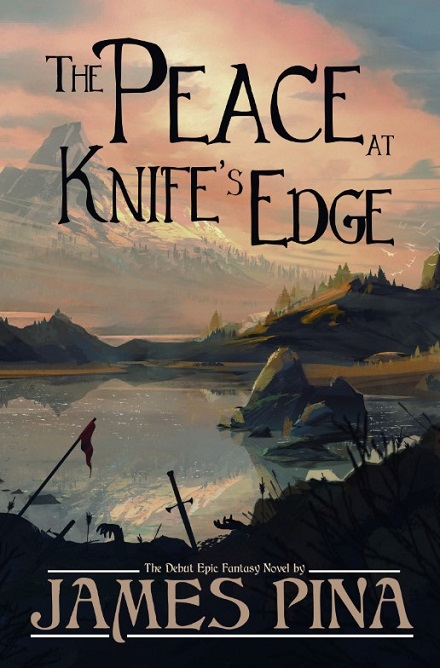 Having killed an emissary from the Eastern Council in a bout of drunken violence, Torik Andorin realizes he has made his last mistake. Awaiting the cruel delights of the torturer’s imagination, he is offered a narrow escape. Though it will be one with dire consequences. He can never return to his life as he knew it before. Together with his small party, Torik enters a world of danger and conspiracy to face the strange magic and horrors of a reawakened world.

With the peace of empires lost at the stroke of a single blade, the looming fear of a now inevitable war and a mysterious ancient wisdom guiding the way for our heroes on the run, The Peace at Knife’s Edge offers high stakes adventure at an unrelenting pace.

The Peace at Knife’s Edge is the debut epic fantasy novel by James Pina.

Pina has experience on the more cinematic side of things in his day to day life, and he was easily able to paint beautiful pictures with his prose, demonstrating an understanding of how to conceptualize scenes, and the connective tissue that brings them together in satisfying ways.  With a second book already confirmed, and Pina putting some mileage on it, he is showing that the tapestry that he is working on continues to grow richer and more complex.  There has never been a better time to read the first in this series, in preparation for what comes next.  Check out The Peace at Knife’s Edge (The Breathing World Book 1) on Amazon today!