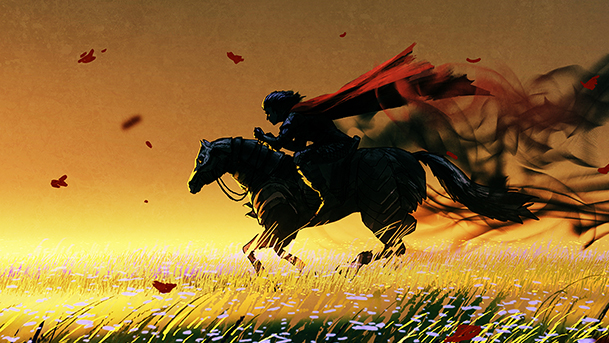 Greetings Otherworld travelers.  We’re at the beginning of a predominantly big month for books, as we’re moving into the holiday season, and it’s a time for writers to speed up their processes in order to try and write as much and as fast as they can ahead of NaNoWriMo.  It’s great for promotions though, too, and we’re running a great one for Arthur Drake, and his new book, Fields of Blood.  Read on to learn more!

Arthur Drake, the author of Fields of Blood, the first book in the Horse Lord series, writes true sword and sorcery through a darker, grittier lens, without muddying things down too much in the political sphere that has permeated the genre since Martin’s books have gained popularity.  There’s grime to humanity, and Drake finds it, whether it’s out in the battlefield, or on the streets back home.  As the newest book in Drake’s growing catalog, Fields of Blood finds it in a bit of both places, and many more.  The author doesn’t shy away from hard scenes, either, keeping the reader rooted in the action throughout. 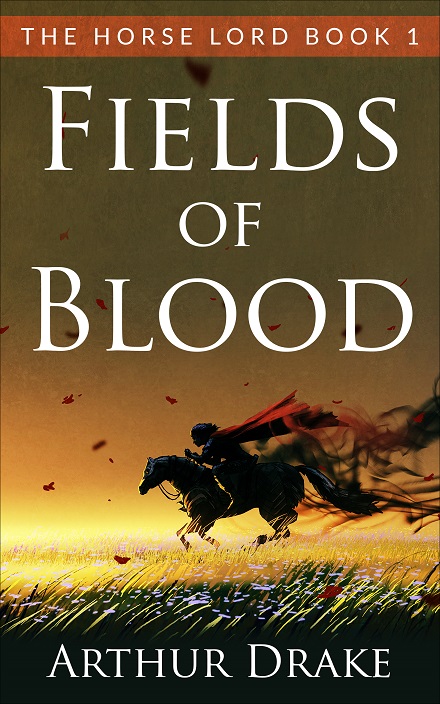 All Eadmaer ever knew was a life of slavery, little did he know he had the makings of lordship in him.

Eadmaer has never known anything other than service to the trolls. He fetches them food, tends to the beautiful four legged creatures they call “chattel” and tries to keep his people from caving in under their rule. He sees no other way for survival other than to keep the peace with his temperamental and often cruel masters.

There is little the trolls fear…except strange creatures from the north. One day while tending to a wounded troll Eadmaer sees one of these creatures, except far from being a beast out of a nightmare it looks strangely familiar. Eadmaer’s curiosity is piqued and he will not rest until he discovers the mystery of the creatures from the north and with that, perhaps the secret to defeating the trolls and freeing his people.

But the trolls will not relinquish the secrets of the north so easily. And soon after the encounter they’re moving Eadmaer far away from his village and his people, and the potential mystery that could save them. Will Eadmaer be able to find out what secrets lie in the north? How to win his people’s freedom? And maybe even how to defeat the trolls in combat? Or will he end up lost while his people are crushed without him?

Fields Of Blood is the first book in The Horse Lord series by Arthur Drake. A sword and sorcery dark fantasy series. Fans of grim fantasy with plenty of action and adventure will find much to enjoy in this tale of heroism. Go with Eadmaer as he fights against seemingly impossible odds and discovers the secrets of his land…and of himself.

Drake works with both humans and trolls in his new tale, ensuring that each have distinct voices and personalities.  Once Fields of Blood finds its groove, the pace never relents, urging readers onto the last few inches of their seat as they anxiously await whatever cruel twist is in store for Eadmaer next.  This story of the common man is anything but common as Drake works to uncover the mysteries of the things that both humans and trolls would fear.  And along the way, he explores the relationships that might not seem so black and white, and what they could yet be.  Check out Fields Of Blood: The Horse Lord Book 1 on Amazon today!

One thought on “Dark Fantasy Promo – Fields Of Blood: The Horse Lord Book 1”