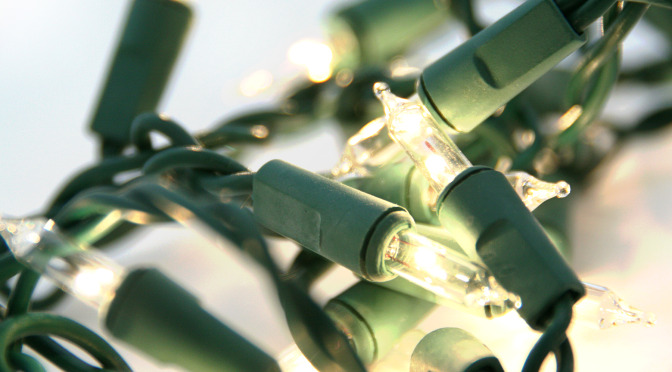 It’s been sometime since I’ve written anything for Tellest, though Michael and I have gone back and forth over the last few months about various ideas for me to work on. Everything interests me, it’s just a matter of finding time to write it all. I have a “to do” list of short stories, novelettes, and novels that I would love to work on, but I can never seem to write even a word about this universe that I’ve been a part of for close to half of my life.

That being said, Michael and I revisited a story that I wrote about a year ago. Tellest was running a “holiday writing prompt contest” and I got into the idea of creating a holiday from scratch. While talking about that story, I developed the idea for a second holiday that could be celebrated by a small group of people from within the Tellest universe.

That’s the story I ended up writing last year and will be representing shortly. But first, after going on about how I’ve just couldn’t find the time (aka not inspired), I just want to mention it’s funny what inspires me to write. One would think that it would be about Steel Tip. To a degree it is, because sitting down and fleshing out The Night Before Nadeus, the story you are about to read, from two stories having very little to do with one another to a three part story that involves the Dactyls family is what made me say, I have a story here.

I won’t bore you with anymore details– except for one. Originally I was going to repost this last week, and debut Part 2 today; however plans for this came together rather late. I didn’t want to cheat anyone out of a good story, so Part 2 of The Night Before series should be released next month, along with some news on what Part 3 has in store for the Tellest universe.

Jason sat at his desk in school, tapping his feet while staring at the hourglass as it slowly emptied. Normally he paid no attention to the time; school was one of the few places he could be himself with his friends. It was his first year of lessons outside of the castle grounds, and he was far too excited to see the city of Argos, the capital of Saffraan, decorated for the holiday.

It’s like time has frozen, Jason thought as he watched each grain of sand drop to the bottom of the hourglass.

He had heard rumors of the décor the citizens adorned to their homes and shops. It was in contrast to how he and his family celebrated Nadeus. The castle was normally lit by white candlelight with a tree at its center. The tree had simple, clear flutterballs that held a rare form of rainbow flutters drained of their color, producing white instead of more vibrant colors.

Jason rarely joined in the conversation with his friends about the holidays, as he knew nothing of the version of Nadeus they celebrated, Wintertide. While Nadeus celebrated what a small portion of the population believed to be the creator, Wintertide celebrated Andekus, the goddess known for gift-giving. Many towns, including Argos, held the Wintertide Festival – a weeklong celebration.

Although the festival was almost over, it was the night before Wintertide, and school would dismiss early. It was the only opportunity Jason had to explore the capital and experience Wintertide before going home for his family’s Nadeus Eve dinner and prayer. He stared at the hourglass, waiting for the final minute to come to an end. As the final grain of sand fell, the timer began to glow and hum, indicating class was over.

“Enjoy Wintertide with your families tomorrow,” the teacher said as he disenchanted the timer, “May Andekus bless you all tonight.”

The students packed their supplies in their bags and left the building. Jason was one of the last to trickle out, and he took a deep breath, looking all around. Though very modest for Wintertide, the décor in the area astonished him. The school building had a wreath with a bow hanging on the door, while the other buildings in the area had many of their trees or hedges dressed in colored glass of many shapes.

He headed towards the town center. His eyes grew large as he gazed at the shop windows adorned with rainbow flutterballs, small spheres that housed traditional rainbow flutters. Instead of the plain white he was used to, these produced a beautiful series of colors. Jason then ran to a shop, pressing his hands on the window pane, staring at sculptures of Andekus, Wintertide gnomes, and celestial pegasi.

Jason’s attention was stolen by what stood in the town center. A tree was there that looked much like the one his family had at home, a twelve-foot pine. That was where the similarities stopped. Every color and shape of glass ornament hung from the tree, with the enchanted mane of deceased steeds spread across the tree, sparking in the sunlight. More rainbow flutterballs than he could count adorned it, and he was sure it kept the surrounding streets bright as day when the sun disappeared.

Once he finished absorbing in the beauty of the Wintertide Festival, he made his way to his father’s favorite shop in Argos: Xanthus’ Coins. Jason’s father was an avid collector of coins from across Tellest. Every month, they would visit the shop to see if Xanthus had brought in anything new. Because his father’s collection was so large, it was becoming increasingly more difficult to find new pieces. Jason had been praying every night that when he visited the shop, Xanthus would have a new coin he could get for his father.

“Jason!” Xanthus shouted as the boy walked into the shop.

“Now boy, how many times do I have to tell you?” Xanthus briefly paused, “Mr. Cambridge is my father.”

The two shared a smile before Jason asked, “Any chance something new has come in this month?”

Jason could see a look of joy in Xanthus’ face. The shop owner, old enough to be Jason’s grandfather, walked, tapping his cane all the way to the backroom. He was only gone a few moments when he came back out with a small cloth bag. When he returned to the counter, he carefully emptied the contents of the bag for Jason to see.

Jason studied one side of the coin that rolled out. It was weathered, older than anything Jason had ever seen. Time had not been kind to the coin. There were some nicks, but no noticeable design or anything that made the coin seem special.

“Patience, my boy,” the shop owner interrupted with a huge smile.

Xanthus grabbed one of his tools and carefully grabbed the coin to flip it over. Jason’s eyes instantly grew in excitement. He could see an image on the other side. It was barely visible, but there nonetheless.

“Is that an eagle?” Jason asked.

“Could be. It’s definitely some sort of winged beast,” Xanthus answered.

“How much?” Jason excitedly asked.

“Jason, this coin,” the old man paused, clearing his throat, “this coin is priceless. I could never put a price on it.”

Jason returned to the counter, perturbed that the shop owner was laughing at the situation.

“Just because it’s priceless,” Xanthus said as he put the coin back in its cloth bag, “doesn’t mean it can’t go home with you.”

Xanthus cinched the cloth bag and handed it to Jason. The child took the bag and looked back and forth between his hand and the older man in amazement.

“Are you sure?” Jason asked excitedly.

“Positive. That old thing may be special to you, your father, and me, but no one else wants something so… so foreign.”

“You’re quite welcome,” Xanthus started as Jason ran out the door, “Happy Wintertide!”

Jason slipped the cloth bag in his pocket and continued to run home. It wasn’t far, and even with the sun still out, he was too excited not to hurry. Although he wouldn’t be presenting his gift to his father until the next day, Jason wanted to prepare it with the traditional Nadeus gift prayer. As those thoughts crossed his mind, his pace wavered. He looked around the last leg of his journey home, taking in the last bit of Wintertide left.

As he crossed the bridge to enter the castle grounds, he exchanged pleasantries with the guards and started absorbing in the decorations he’d been used to his entire life. The white candles and flutterballs, beside the statues of their creator, adorned the castle. Jason’s body relaxed as he took in his holiday traditions; the simplicity of it creating an instantaneous calm. Nadeus was very clean and had one purpose: celebrating their creator.

Prior to heading towards his room to prepare his father’s gift, he headed towards the center room of the castle. It was never used except for this time of the year, and it was where they held their Nadeus Eve prayer and exchanged gifts the next day. He entered the room and stared at the Nadeus tree, a luminescence radiating from the flutterballs.

As much as he enjoyed what he saw earlier in the day, Jason realized Wintertide was chaotic. The weeklong festival, all the color, the fictional characters; it was all too much. As he stared at his family’s tree, a large smile grew on his face.

He looked up and whispered, “Thank you.”

Jason quickly walked to his room, placed the coin bag on his bed and pulled out a box that contained supplies for the Nadeus gift prayer. He knelt before his window, clasped his hands, and bowed his head. He silently prayed for the forgiveness of all those who had sinned in the past year. Once his prayer was complete, he took a white cloth from the box and laid it on his bed. He placed the coin on the cloth and sprinkled some holy water over his father’s gift and cleaned up.

Moments later, he had returned to the center room, joining his father and mother, the King and Queen of Saffraan.

The King nodded at his son before saying, “God, hear our prayer.”

2 thoughts on “The Night Before… Part 1”