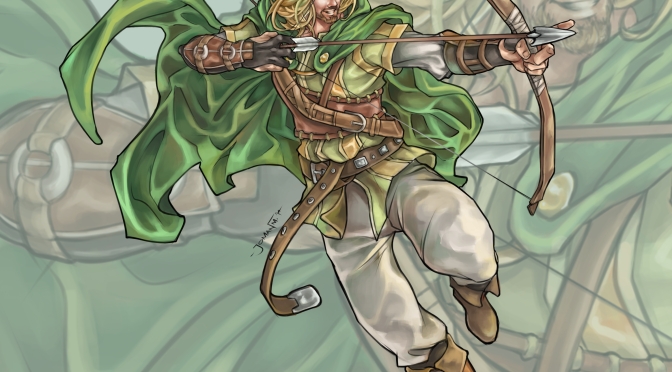 Born to Jason and Selene Dactyls, Steel Tip mainly went by his birth name, Kevin Dactyls, during his childhood. Kevin wasn’t the only miracle  brought to the King and Queen of Argos on Flamedays 13th, 958; his twin brother, Helios, arrived minutes later.Kevin grew up just like any other boy, regardless of social status; rough housing with his brother and getting into trouble with his curiosity. He often would run around the castle, stealing little trinkets here and there from his family’s history or from his father’s closest vassals. He would often find inventive ways to take these trinkets, usually with a children’s bow that one of Jason’s best friends gave him as a present.Regularly punished for this behavior, but never loathed, Kevin was loved by everyone residing on the castle grounds. The one exception was his brother Helios, who was not only jealous of his slightly older brother, but also often felt irritated that he’d get in trouble for Kevin’s mischievous acts.

Here we have the ranger in his natural glory.

Tierkres and the Metal Door Incident

Sometime after Kevin’s and Helios’ fourth birthday, the boys were playing in one of the castle corridors. Most of the castle was accessible to everyone, especially the Dactyls family, however, there were a few rooms off limits to certain people; even the boys. With Kevin’s knack for curiosity, when the boys approached a door they never noticed before, he naturally wanted to see what was in the room. When they discovered that the door was locked, it only made Kevin’s curious mind even more intrigued. Against Helios’ better judgment, Kevin insisted on finding a way in and had Helios be the lookout. Even with his habit of stealing trinkets from around the castle, Kevin didn’t have the knowledge of lock picking, so he did the first thing that came to his mind… he backed up and prepared to ram the door. Helios objected, worried that his brother would hurt himself running into a metal door; but Kevin went right through it. Not expecting to actually run through the door, Kevin fell to the ground. Helios, who had abandoned his lookout spot, ran over to his brother and helped him up. They only focused on the broken down door for a second and skipped right over the fact that there wasn’t a scratch on Kevin; the legendary sword of Tierkres was displayed before them and it stole their gaze. When Jason discovered what had happened, both boys were punished for their actions. Helios, however, took a more severe punishment; one that ended seeing him sent off to learn how to be a warrior.

Kevin grew up in Argos, going to school and studying to be King one day. His childhood wasn’t much different than most other children, except that he came from royalty. He and Jason had no fear about him attending school like the rest of the noble children; however, Selene was always against it, fearing that Jason’s enemies would come after him through Kevin. There was only ever once incident that danger presented itself while Kevin went to school, and that was a message from The Saphron Brotherhood, a group of assassins who consistently paid to go after Jason. The teacher, Miss Lufu Garnet, was able to prevent anything serious from happening. For this, and the way he was treated by his classmates, Miss Garnet offered self-defense training for Kevin to Jason. Although reluctant, Jason and Selene saw the importance of this and thought that this would be the most discreet way to handle it. 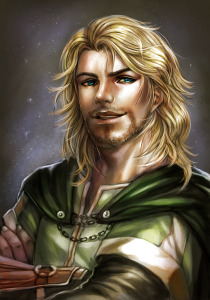 At the end of autumn in 976, Kevin (now officially going by his “Steel Tip” moniker) arrived in Draconis. In order to reclaim the Argosian throne, he needed to find the legendary Spectrum.  At the end of Icarus’ training of Kevin, he informed him the only true way to prove who he was, would be to produce the sword. Although he had never seen it, he was aware of it through Jason; as it was an item of importance to the Dactyls family, dating back to the first recognized ruler, Leopold Dactyls.

One thought on “Steel Tip”