Howdy!  It’s time to look at another new continent in Tellest, our first of the year.  Tarson is a place that we’ve heard a little about, but we haven’t spent any time on yet.  Most of what we know surrounds an enigmatic leader that we’ve never seen, but who seemed to be pulling the strings from continents away.  Jaxom of Tarson had it out for Kaos Kreegan in the prime timeline, but we also know that he’s had his hands full with demons that have invaded Tarson (and in some cases, made it home). 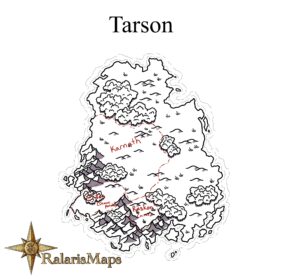 Compared to some of the other continents, Tarson is pretty normal in its appearance.  There’s forests and hills and mountains, and even with the demons in the region, no crazy fire and brimstone to speak of (yet, perhaps).  Beyond demons, Tarson is known for its gates to the underworld, as well as being rich in minerals and gemstones.  Even with the small amount of mountains that are present, they are positively brimming with treasure. 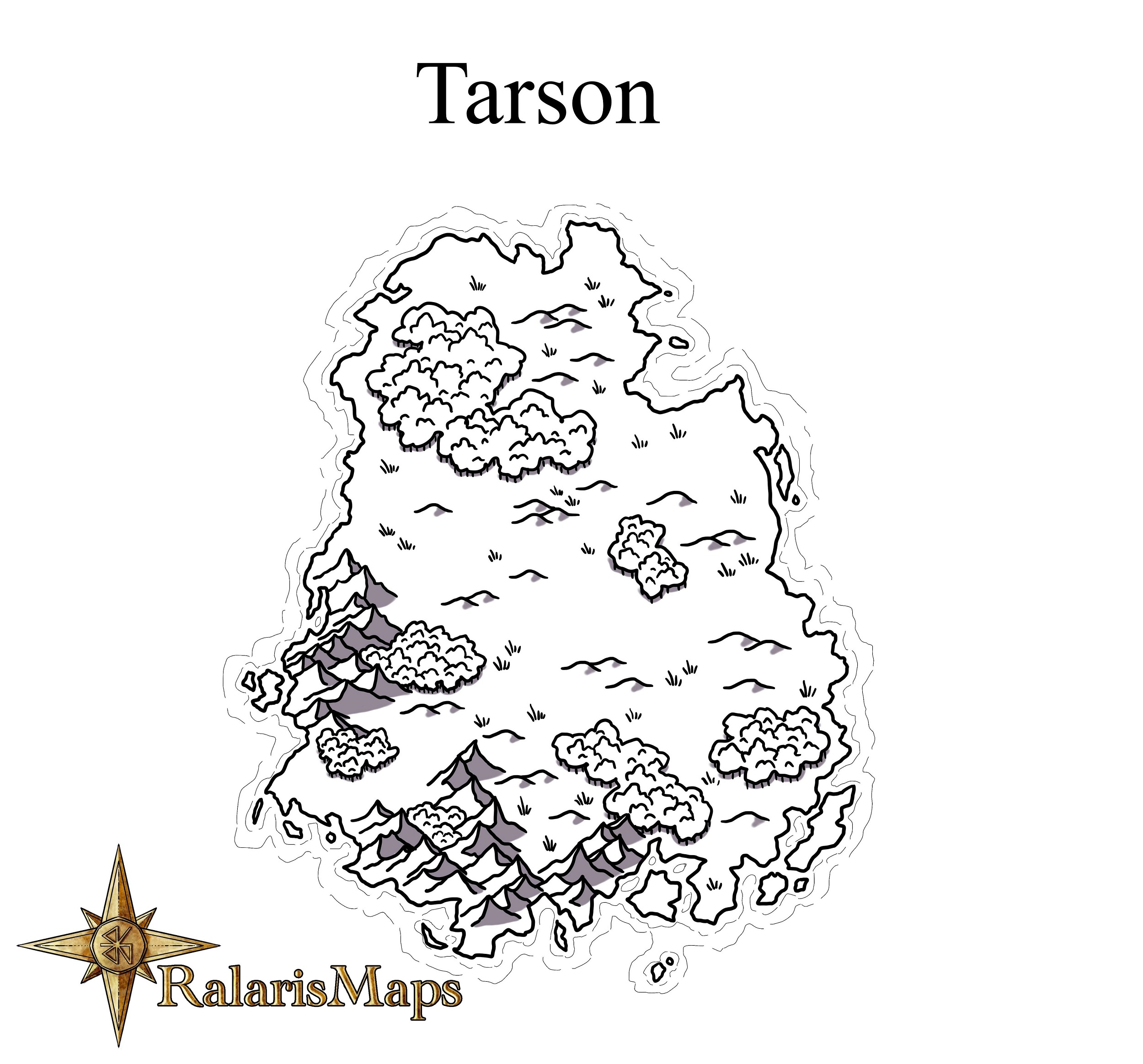 Tarson is close to the continent of Saveon, and the two continents have been embroiled in a war for a long while.  While Jaxom’s seat of power is in the northern country of Karnath, he has expanded his empire to Saveon somewhat.  Many of the people of Saveon have been conscripted into his army, and they’ve helped him to fight the demons that threaten that part of Tellest. 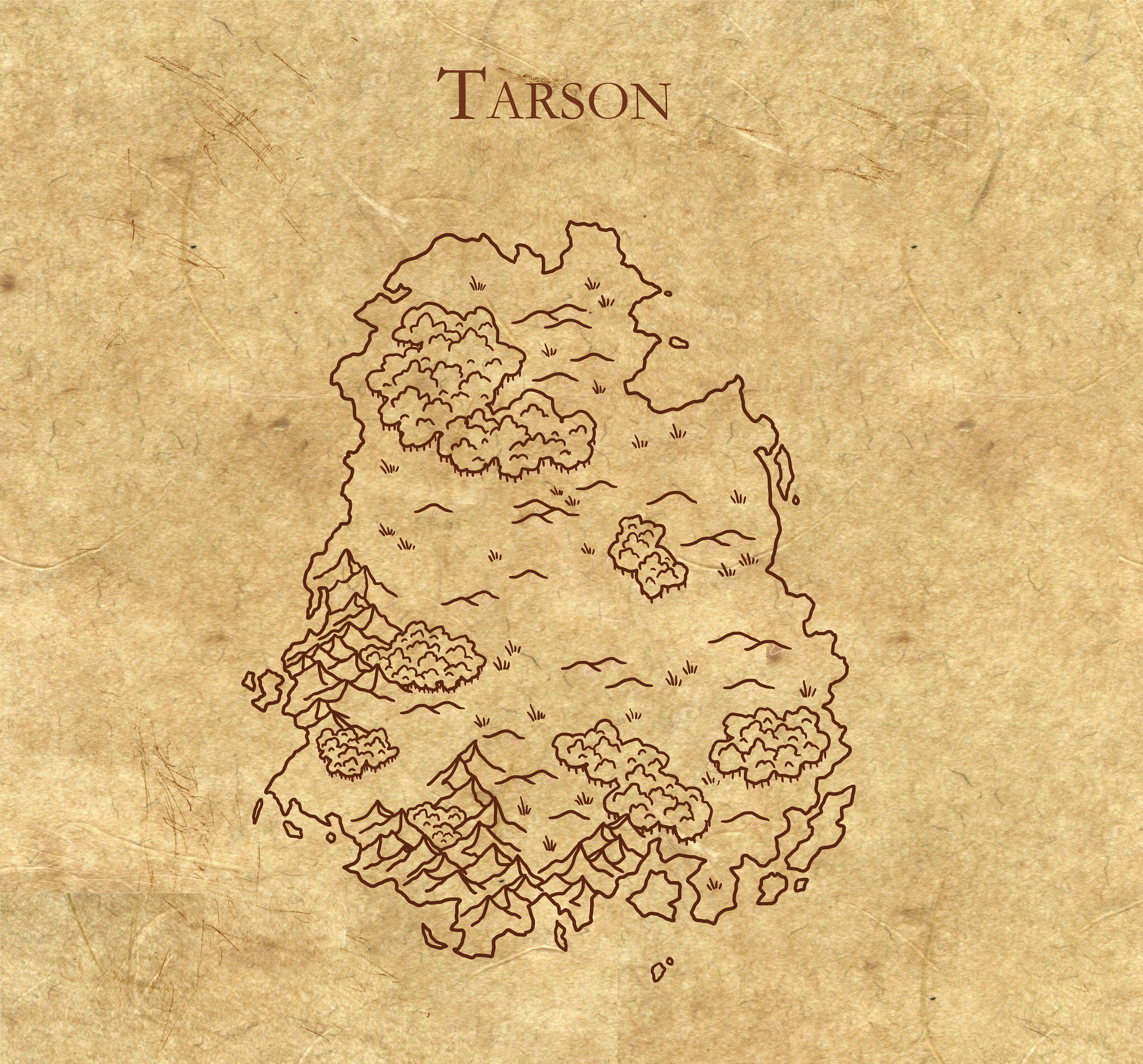 As always, we close on the parchment version of our map.  There’s only a few more, and then we’re going to start to loop back around and show you some of the cool things you’ll see in the Tellest World Anvil versions of the map, which are a bit more interactive.  For now, keep your eyes peeled for the next Ralaris map that’s on the way!