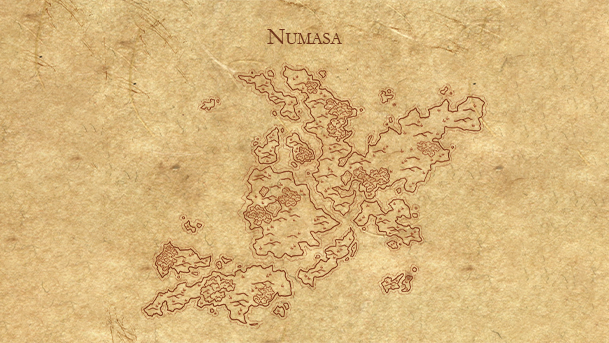 Hello there.  It’s been a little while, so we’re back to look at a new Tellest continent.  Numasa has an old-school east Asian feel to it, with samurai and ninja, kobolds that look like tanuki, and cool architecture and ships that you don’t see in most other places.  While Numasa hasn’t too many stories as its central setting, it’s bound to be used more extensively in the future.  In fact, if the timing works out, we’ll be visiting Numasa later this year for Tellest’s first comic book release. 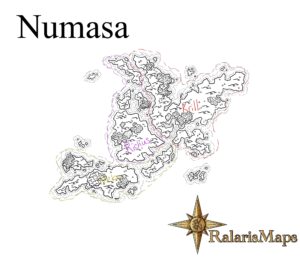 Numasa is the only archipelago continent that you’ll see in Tellest (for now, at least).  There are an assortment of smaller islands, with three larger ones making up the more hospitable regions.  Numasa sees a wide range of races there, from humans and elves, to kaja, kobolds, avarians and more. 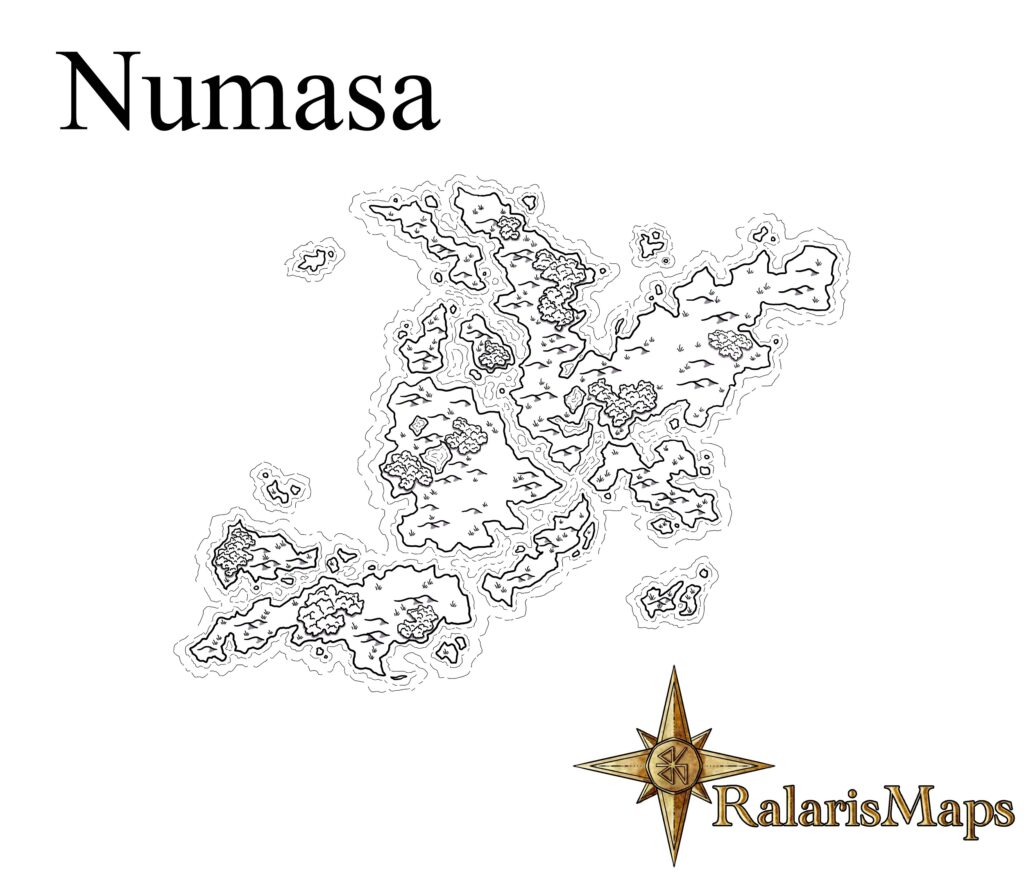 Again, we haven’t spent too much time in Numasa yet, so more needs to be seen to adequately define what is there.  But at the very least, I know of five characters there who will band together to save life as they know it in Numasa.  I have a samurai-like kobold named Udo who is incredibly lucky, an avarian ex-pirate named Kazuri who can summon blades of wind to heave at her enemies, a powered human named Shiro who can create celestial glass out of thin air, and an as yet unseen additional two heroes who I’ll show off a little bit later.

Once more, you’ll see I created a parchment version of the map that was made, which came out looking great.  If you come on back in a few weeks we’ll have a new Tellest map ready to look forward to.  I hope you liked what you saw of Numasa!