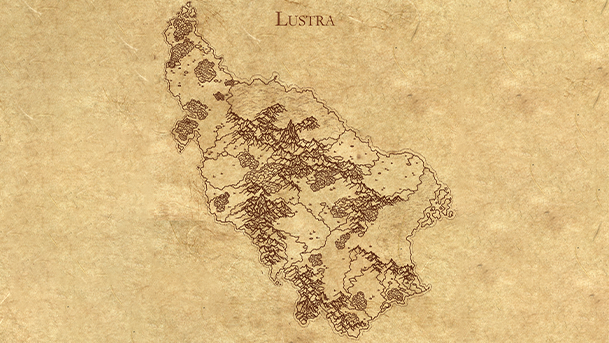 Hello there!  I spent a lot of time collaborating with Kaelon Fullmer of Ralaris Maps throughout 2020.  Perhaps it was something about getting out of this world and into Tellest that was somehow cathartic.  Anyway, we’ve looked at a map of his in the past, and because we spend so much time in Draconis, that was the first one.  But as we work in some of the other continents, we’ll be putting up some more here on Tellest.  And of course, you can’t forget to stop over at the Tellest World Anvil, because tons of work gets put in over there as well.

Anyway, let’s take a look at our second Kay Fullmer map, the continent of Lustra! 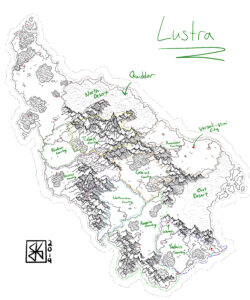 Here’s our first peek at everything, and it exists more for me, probably, behind the scenes.  We’ve spent some time in Lustra, so we knew where a few of the key points were, but Kay helped me figure out things like country borders, where cities might be, etc. 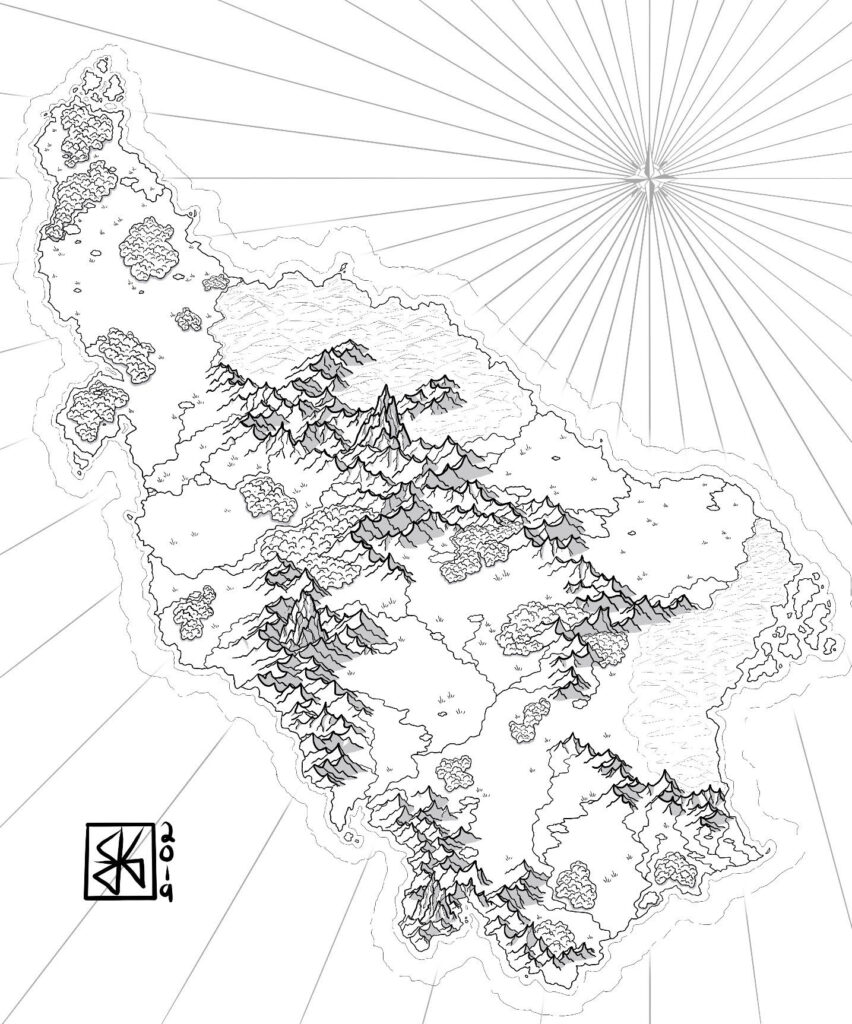 The version without lines over top or anything is a bit crisper.  You can see how vast and varied Lustra is, with its mountains, forests, deserts and more.  The big central mountain there is a place of pilgrimage, and one that was mentioned in Gaston’s introduction on this website.

Finally, I did my own little experiment, throwing the Lustra map onto some parchment for an old-timey feel. 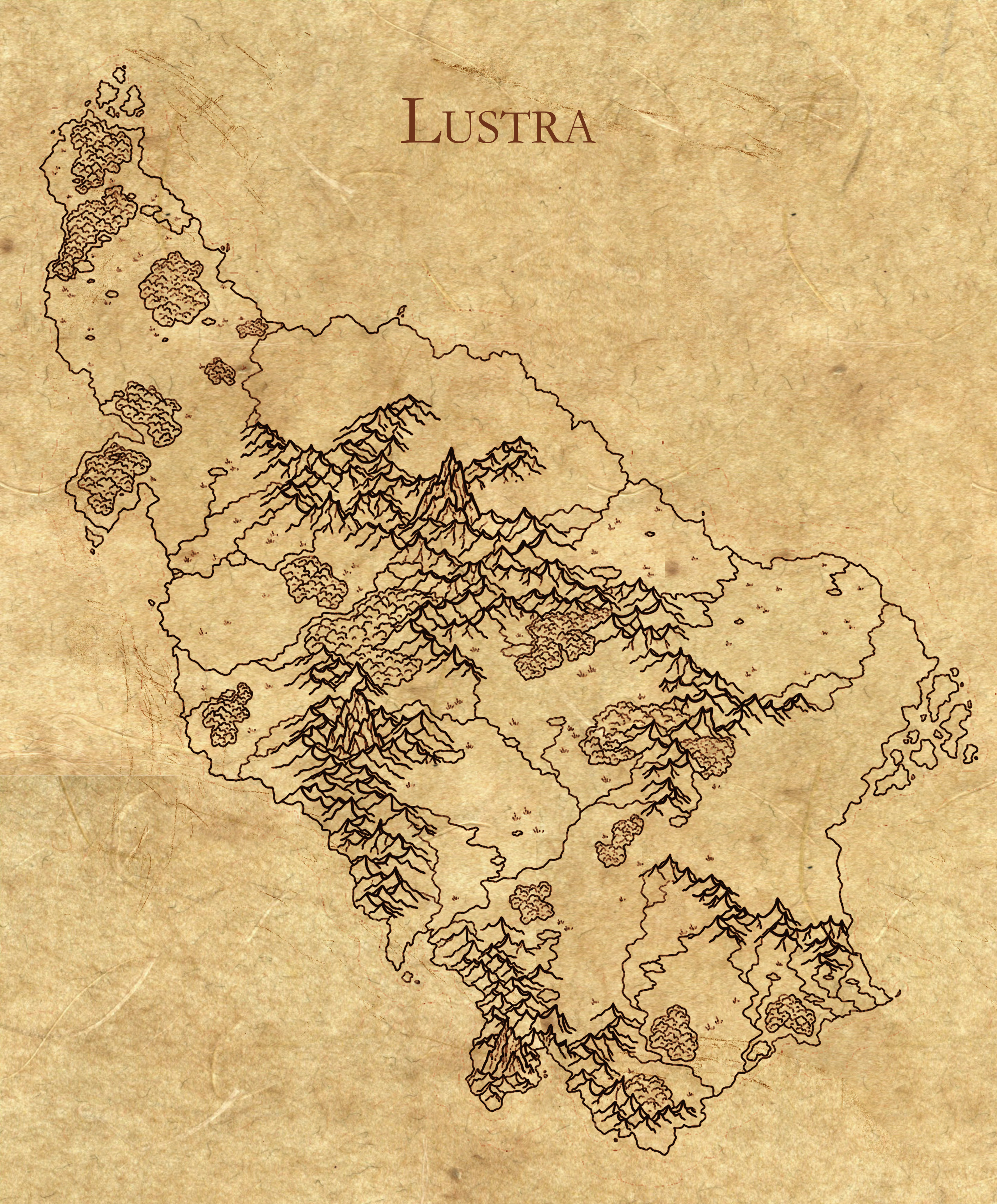 I’ve also been working in Inkarnate, but that’s a map for another time.  Keep an eye out for that later!

I hope you liked sneaking a peek at Lustra.  We spent some time here in Versali-Virai and Lakmari, as well as in Aaron Canton’s recent short story release, Tale of the Lagano Priestess.  There’s more to come as always, so check back next week for another Tellest art feature!