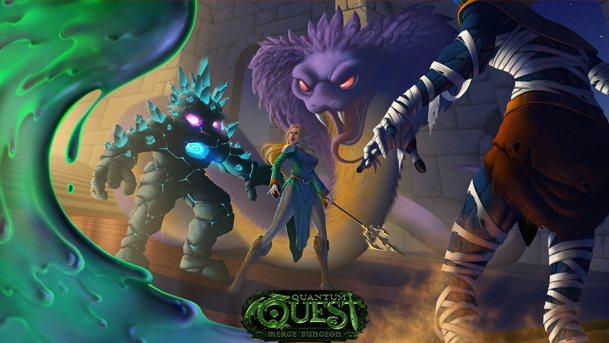 Howdy folks.  When it comes to Tellest and Black Furnace Games, there is a lot of art that we have to put together.  Whether it’s the assets in the game itself, box art, or splash art for a title screen, there’s always something more it feels like you have to put in place.

When we were working on Quantum Quest: Merge Dungeon, we knew that we were going to have to have something on the start screen for the Kongregate version (it might not be present on mobile—we’ll have to see).  We decided to collaborate with Cristiano Reina to bring Sergei’s work to life in a new style (by way of some adorable new Merge Dungeon Babies that we’ll be showing off later).

In our initial sketch, Cristiano took monsters from all four of our starter merge rooms (slimes, undead, animals and golems) and pitted them against one unlucky adventurer.  Phaetha was one of our Quantum Quest tabletop game heroes, and we had her kind of mishmoshed in the first sketch. 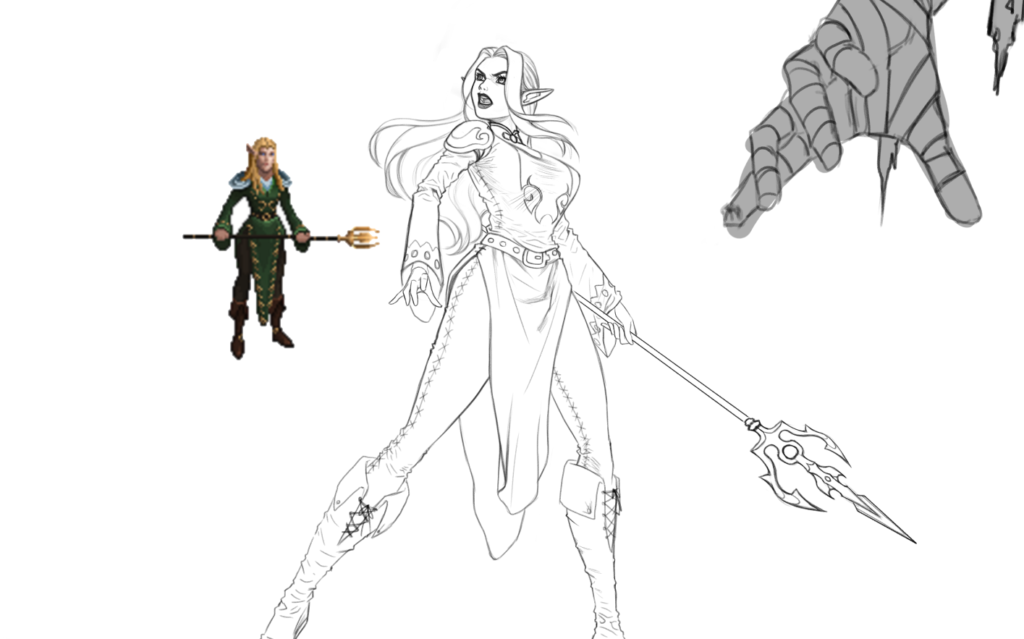 Cristiano took her and made some changes, from her hairstyle, to her clothes, and even her weapon.  Phaetha kind of became the unofficial flagship adventurer because of this image. 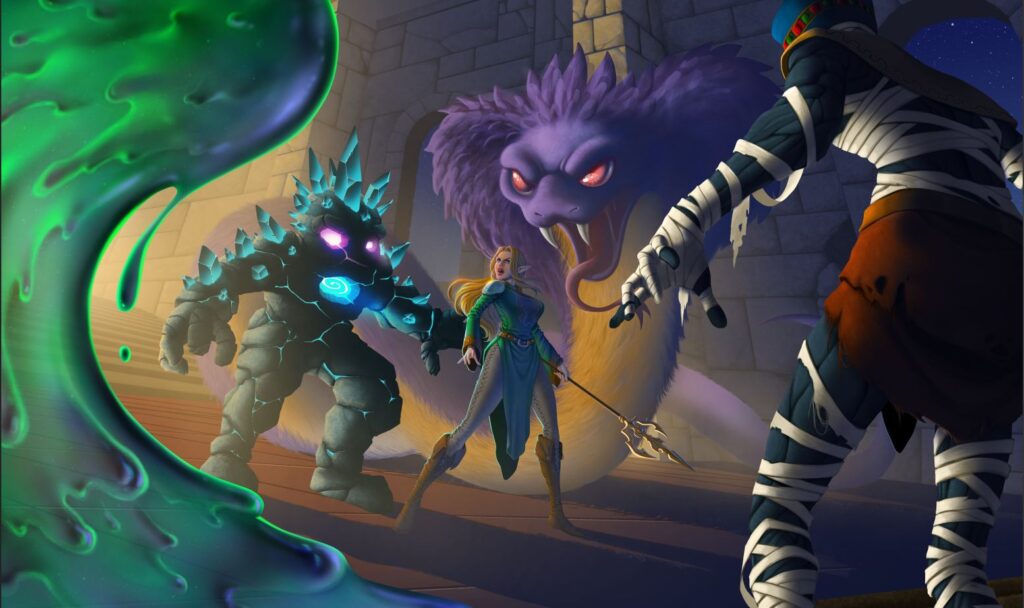 We moved onto color, and you can see a few other things that were changed somewhat between the initial sketch and here.  The spongy-looking object inside the slime is gone, and the big Disney eyes the feathered serpent had were turned into striking red eyes instead. 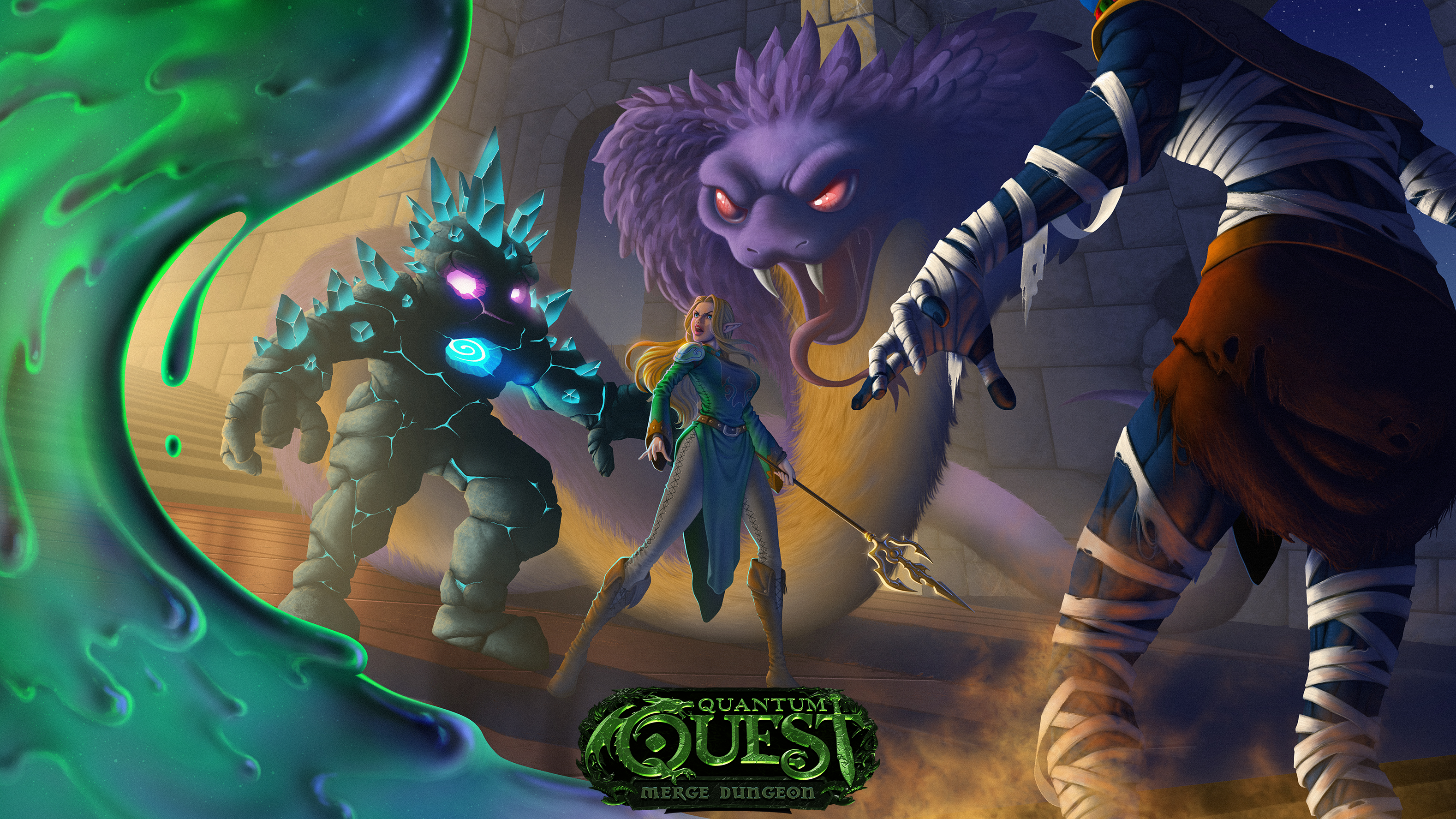 Finally, Cristiano put some finished touches together, and the quality improved even more in the final piece.  There were lightning improvements, some small particle effects.  Cristiano knocked it out of the park here.

And, if you’re interested in something else that was pretty cool, my brother Matt, who helped me finance the game, put together this cool moving picture version of the art.