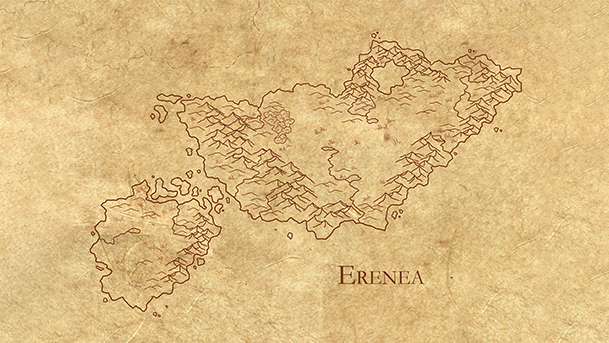 Hello there!  It’s time to look at another new continent in Tellest, and today’s is a bunchy patch of land.  Erenea encompasses two larger islands, and it comes up very close to the continent of Ravane.  Since Ravane is the northernmost continent on the planet, it stands to reason that Erenea has a decently varied climate.  As for what we know about it so far, not too much.  There’s faekin that live in Erenea (making it not so unreasonable that this continent is where The Forest of Silence took place).  Other than that, we know that it has trolls, one of which shows up in the Quantum Quest games.

Erenea also has a series of smaller islands between the two larger ones which are constantly embroiled in conflict.  The big continent, meanwhile, is mostly stable, with the area broken up among three kingdoms.  The smaller, western island is mostly governed by one, meanwhile. 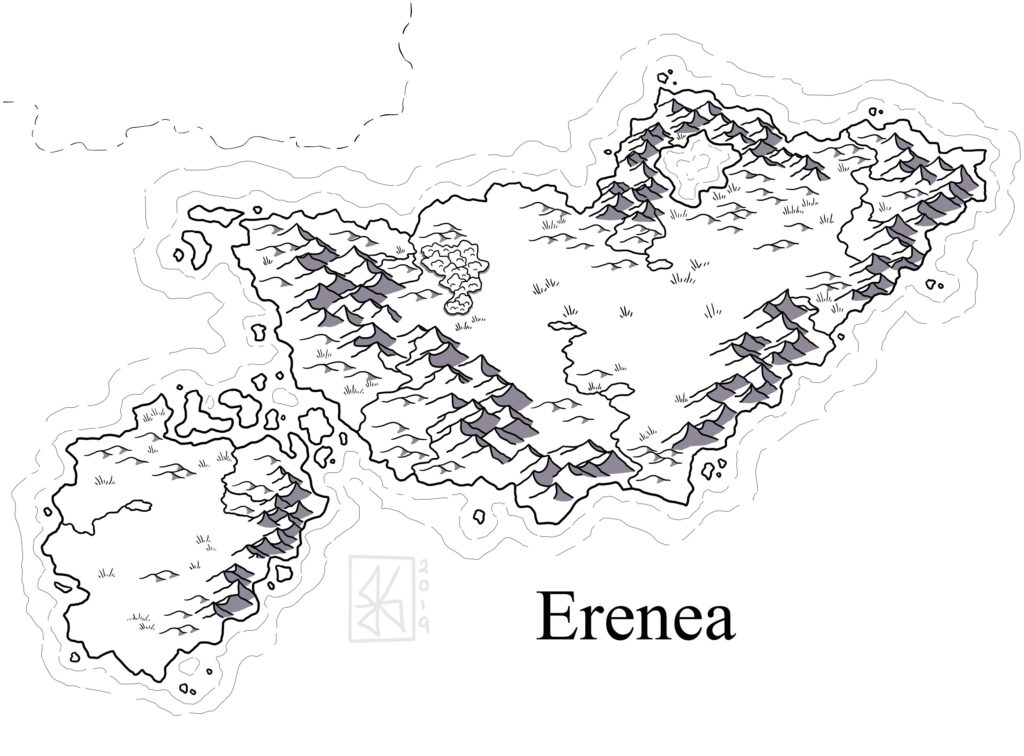 One of the things that’s peculiar about Erenea is the amount of mountains that we have.  Additionally, these are coastal mountains, the volume of which we don’t typically see in any other continent of Tellest.  While there are other places that have rarer minerals, the greatest amount of them come from Erenea, which has been able to solidify itself as a very mercantile force to be reckoned with. 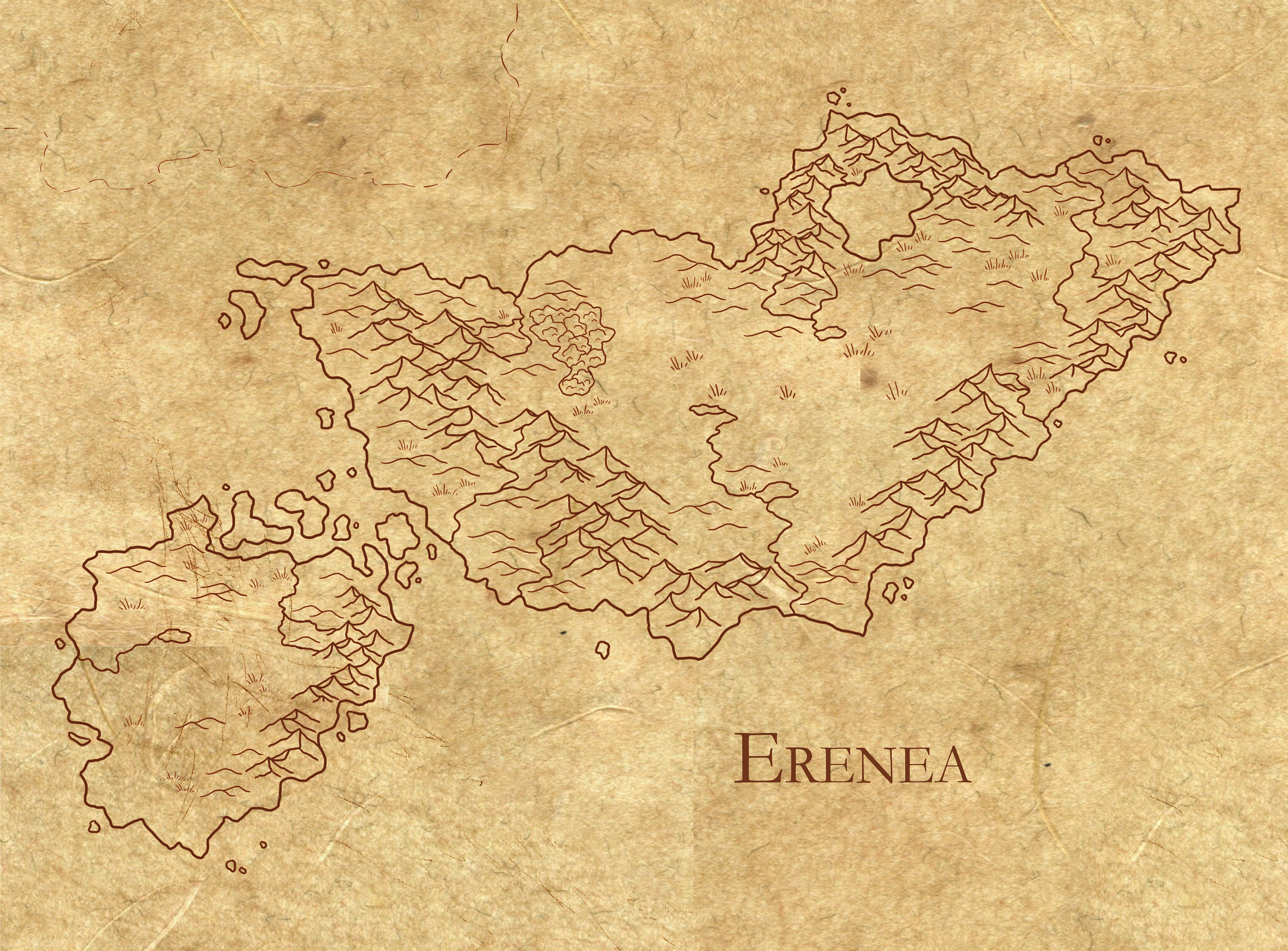 Here, we finally have the parchment version.  We’re getting down to the last few maps, after which I’ll start working on other versions of them.  Over on the Tellest World Anvil page, you can see some full color ones that integrate the cities of each continent.  Subscribers are able to see other things as well, such as artifacts and characters.  And when all those are done, I’ll be moving onto more personalized maps, such as for cities and towns, and maybe even battle maps.  Stay tuned!