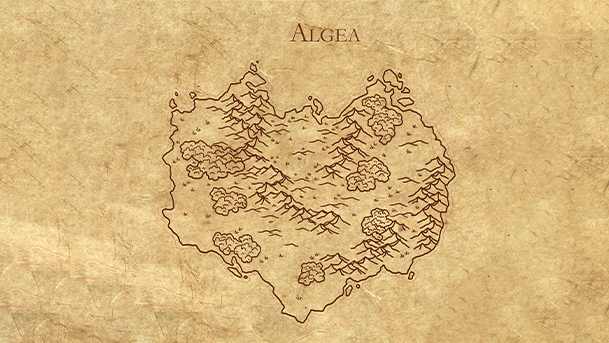 Hey there folks.  We are back once again to look at a continent from Tellest, and we’re at the end of the line here, finally looking at the last of our cartography projects with Ralaris Maps and Kay Fullmer (for now).  We saved a pretty cool one for last, as Algea has long since been thought of to be the home of the gods of Tellest.  We spent a very tiny amount of time there in the Child of the Stars books, and we’re likely to be back there in the near future, but for now, let’s take a bit of a deeper look at what we see. 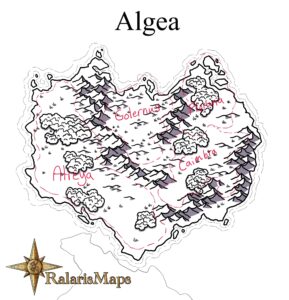 Algea is a stone’s throw away from The Frozen Abyss, with only a narrow strait separating the two.  That’s strange indeed, considering most of Algea is temperate, but it could likely be attributed to the magic that abounds in both locations.  To be fair, the northernmost parts of The Frozen Abyss aren’t exactly all that frozen anyway, at least for some parts of the year.  Algea is also home to a lot of forest and mountains, with both nearly filling up the continent alongside some hills. 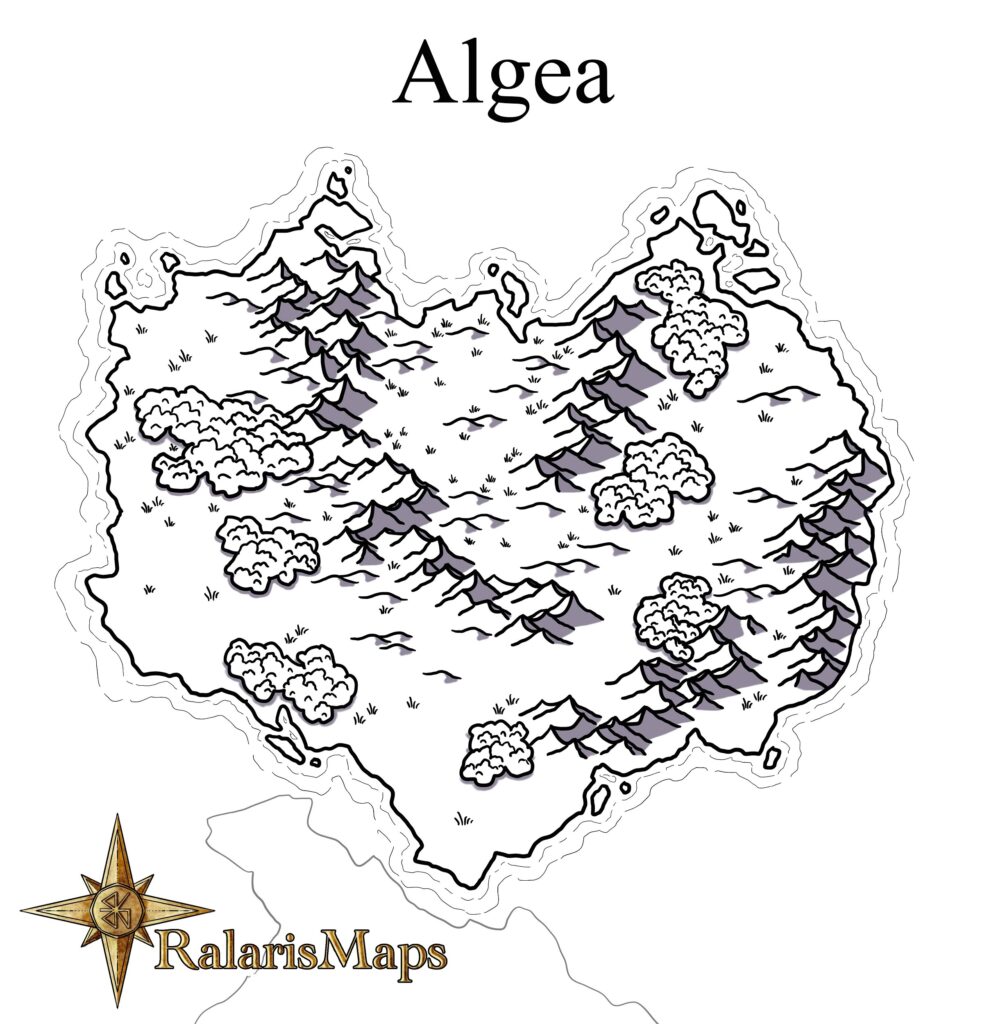 Beyond the gods, we know that Algea also is home to at least dwarves and gnomes, and we’ve seen at least one of them as she appears in the Quantum Quest tabletop game.  We’ll have a bit more to explore in the future, I’m sure, as we expand in all directions.  For right now, Gnoemi Barnes will be our closest look into the continent. 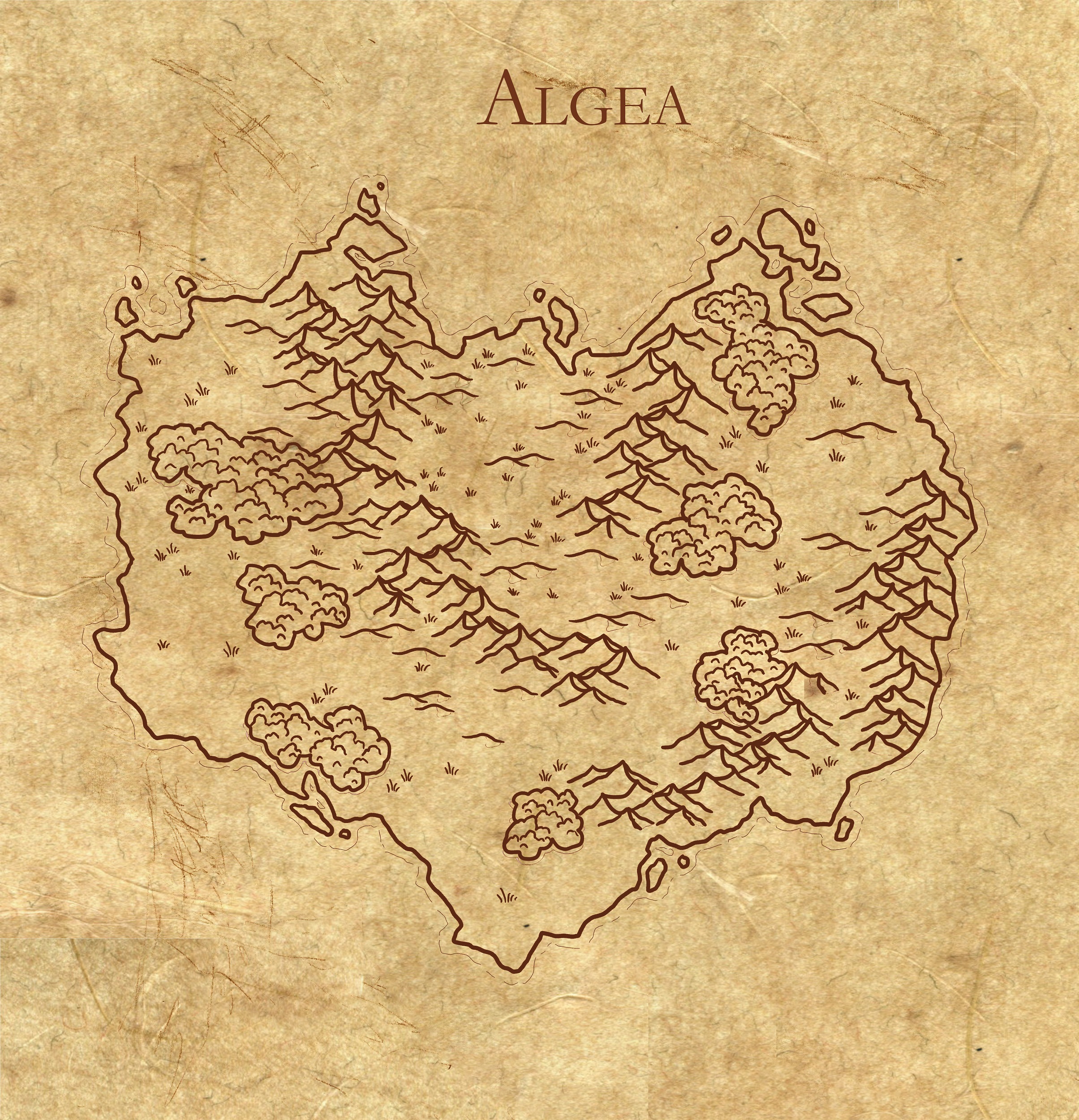 Well, that about does it.  With this final parchment version, we are pretty much officially done looking at the maps that the very talented Kaelon Fullmer created for us, and we’ve got the entirety of the world in play.  But, that’s not to say that there isn’t more to see—both on Tellest, and beyond.  In the weeks to come, we’re going to be taking deeper dives into the world, adding a little more color, and seeing some of the things that are going on there.  Keep your eyes peeled!