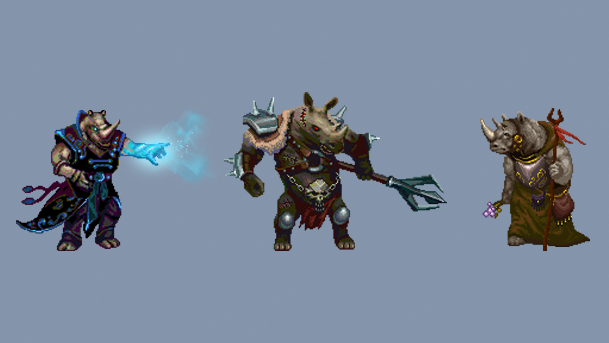 Howdy gamers!  We’re down to the penultimate set of Quantum Quest expansion adventurers, and we’ve got an awesome selection of three rhinotaurs with us today to show off.  One of these brave adventurers is a cover/banner art character, so it’s cool to show you another look at them.  We’ve got no time to lose, so let’s get right to it.

So that’s our big set of rhinofolk.  Among them, we have the one cover character, probably the broadest warrior from both sets, and a roving herbalist.  Let’s find out some more about these three. 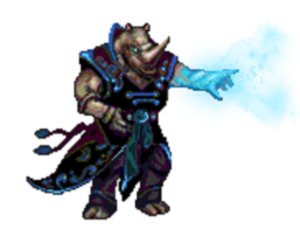 So, Olig Tharci is our third cover character.  It seemed like it would be a waste to have such a cool character in the game and not have him included in the cover art.  After all, how often do you see a kick-ass rhino-person casting ice magic?

Kiano Burrus is a hulking brute of a fellow.  He’s always up for a battle, and he’s got the scars to prove it, so he should feel right at home within the living dungeon.  On top of it all, he’s a sturdy adventurer with the ability to take over an opponent’s chamber if the right criteria is met.  The rhinotaurs got the shaft with Wrexa in the original set, but Kiano is perhaps one of the best adventurers to have on your side in the game, if you handle him right.

Finally, we have Roka Berasia, a rhinotaur that originally hailed from Theria, but now spends much of her time roving the world picking up plants and herbs and finding ways to make them into healing mixtures.  She’s pretty sturdy, thanks to her thick skin, and she’s willing to brave the dungeon even though there’s sure to be less plant life for her to rely on. 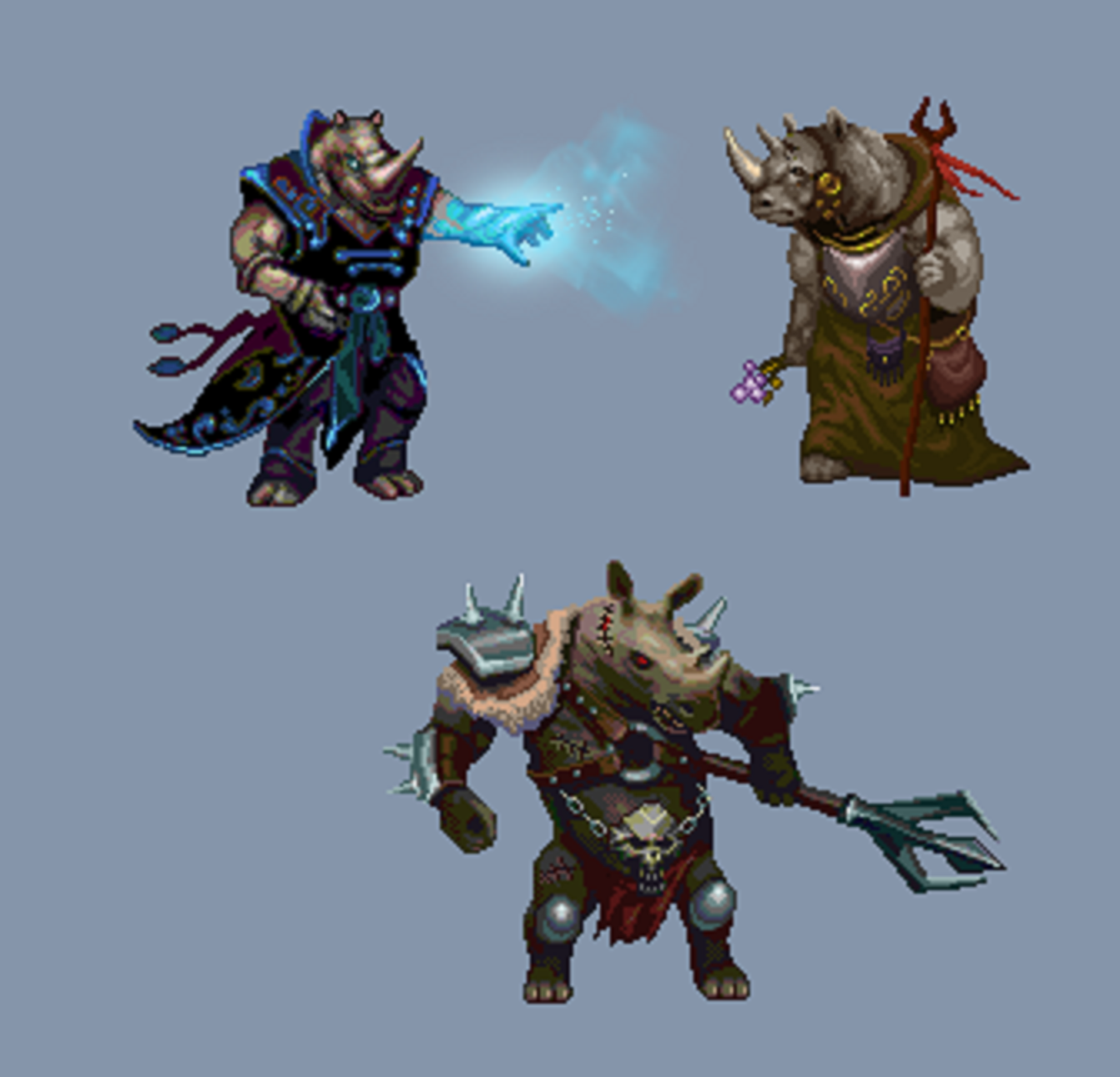