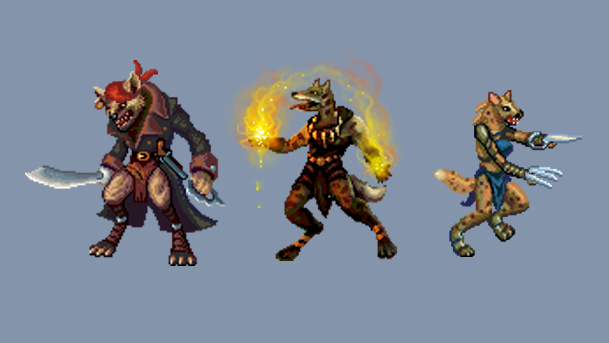 Hi fantasy fans and quantum questers!  I’m excited to show off some new adventurers from the upcoming expansion of Quantum Quest.  We’ve already had the opportunity to show you the dwarves and elves who you’ll be playing as in the game.  Today it’s time to show off the first returning “evil” race.

As you can see, we’ve got a pretty decent set of gnolls this time around, though we have far fewer than with the original game.  Every race gets their time to shine, and it was time for the gnolls to have fewer representatives here.  But who are our gnolls, and what do we know about them?  Read on to find out. 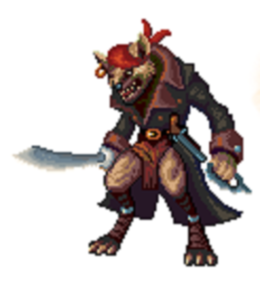 Artak Saltpaw is a gnoll pirate.  He’s also kind of a mascot for the ship that he helps crew, The Howling Glory.  Not many people expect to see Artak out on the sea, but he’s definitely earned his sea legs, and can hold his own upon ship or island. 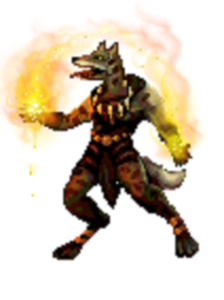 Fango Pace is a pyromancer from Saveon—specifically the country of Iradel.  Iradel is known for its deserts and wastelands, as well as a beautiful oasis city, but Fango rarely gets to see them, as he hunts down vampiric versions of his brethren, using his magic to light the way. 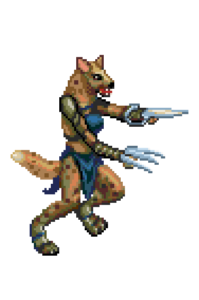 Eita Urtark is a pugilist from the gnoll city of Cynos.  They’re known for their combat training, but Eita, in particular, is known for being pretty chaotic with her encounters.  Once she draws first blood, she discards her weapons, and goes to work with her bare hands, claws and all.

That’s it for our gnoll reinforcements.  Stay tuned for the next set in just a few weeks!