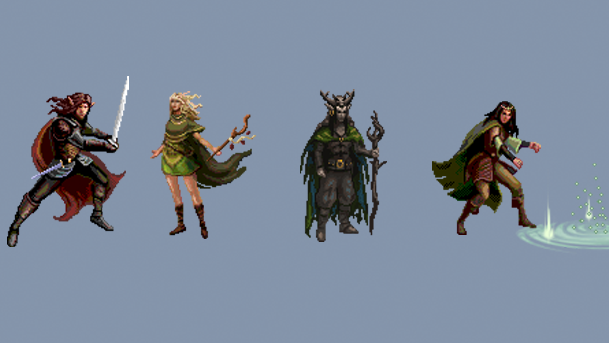 Hello again, folks.  It’s time to start looking further into the new characters for the upcoming Quantum Quest expansion.  Last time around we showed you the dwarves from our upcoming release, but today the elves get their turn in the sun.

Our elves from this set are pretty varied, but they also have a decent amount of backstory.  What’s their deal?  I bet you’re dying to know… 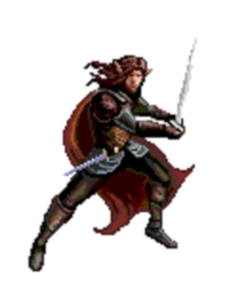 Jandar Rovan is an elf sentinel from Guindalar who is all about melee combat.  While most of the elves who guard places of great importance tend to wield a bow, Jandar likes to make sure his foes know he could cut them down to size while making things up close and personal.

Narallyndra is one of our legacy characters from the book series, and she comes with an interesting power set that we wanted to include in the game.  Her people can teleport twice per day to a place they’ve physically been before.  We give Narallyndra the opportunity to use that same power within the confines of the game to move to chambers her party owns. 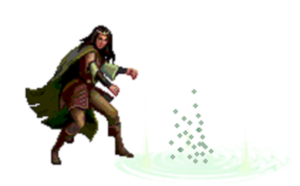 Vione is another legacy (half-)elf.  She’s chronologically the oldest character we have, as her tale was told in the events of The Fall.  She’s a seer who can use water to view things far away.  This background doesn’t do her justice, so catch the version below for a better look (and of course, pick up the game which does it even better). 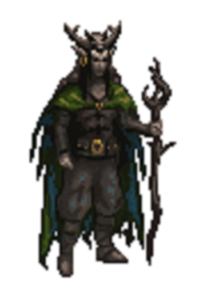 Our final elf from this set is Zandar Mirafaren, a swamp elf who has crowned himself king of his region.  He’s learned to make good use of the resources of his mire, and uses those components to protect and heal his allies.

Here’s your full set of elves once again (including Vione’s cool rippling water seeing effect).  We’ve still got 13 more races to throw at you in the next months, so keep your eyes peeled.  See you soon!