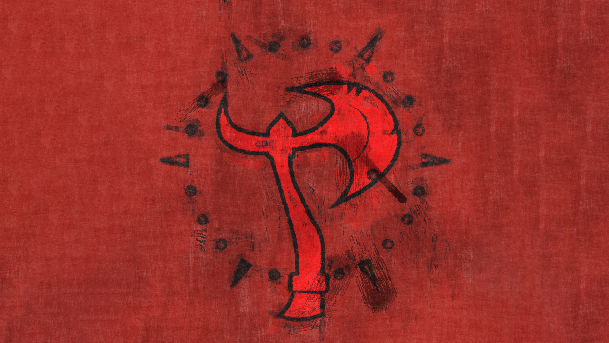 Greetings travelers.  Welcome to one of the first sigils I’ve put together in a while, and it’s from a city that we’ve talked about as far back as As Darkness Falls or so, if I’m not mistaken.  We had an orc that featured in the book named Ter’Sek who subsequently found a bit of fame in Quantum Quest (and where he was alleged to have been a mixed breed of orc and dwarf, as it were).  We knew back then that he hailed from Genger’Mar, and most likely would have featured a bit more as the timeline went on.  Of course, as things went along, we did not keep up with that timeline.  But that’s not to say that Genger’Mar isn’t important.  If anything it just shows that we have to work even harder to bring Genger’Mar to the forefront.  They’ll be playing a big part of the overall Tellest tapestry, and we’ll find our way to bring them into the mix. 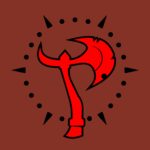 We wanted something that looked a little tribal, a little more warlike, and Francois was able to help us make that work.  The orcs of Genger’Mar emblazoned red on red, with a bright red axe atop a muddier almost brown color, with a circular motif of circles and wedges that gave the sigil a bit more personality.  Keep in mind, these orcs are mostly friendly to most of the other more civilized races within Raleigh.  But they do care very much about their honor, and the call of battle, so they can seem a bit imposing. 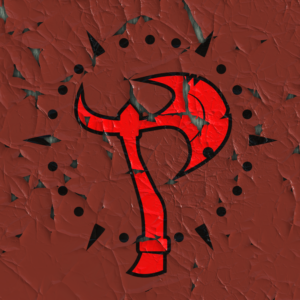 The orcs of Tellest can sometimes feel a bit between tradition and modernization.  These particular orcs have older buildings which show a more nomadic history, but they are beginning to build with stone, indicating that they aren’t planning on going anywhere anytime soon.  As such, they might not have a huge amount of battered versions of their sigil at home, but out in the wilderness, where they might build towers, those could see some damage. 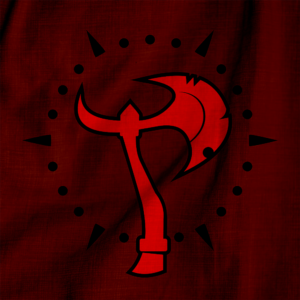 As Genger’Mar is landlocked, they don’t do much by the way of sailing, so it might be a bit unusual to see a flag flying atop a ship.  But as was mentioned earlier, they have a bit of a nomadic history, and some of that has maintained in their traditions.  The orcs of Genger’Mar wouldn’t scoff at the idea of bringing a raiding party across the map to defeat an evil that slighted them or their allies, and they might bear this banner on wagons or even atop their backs.

Below, you’ll see the painted version of the sigil, which we will certainly see more of in the future.  We have orcish characters that we are going to be following a bit closer soon, and Genger’Mar is as good a place as any to see them.  I could see this sigil painted on siege weapons, newer towers out in the plains, even warriors heading off to raid.  But one way or another we’ll be seeing this blood-red axe again. 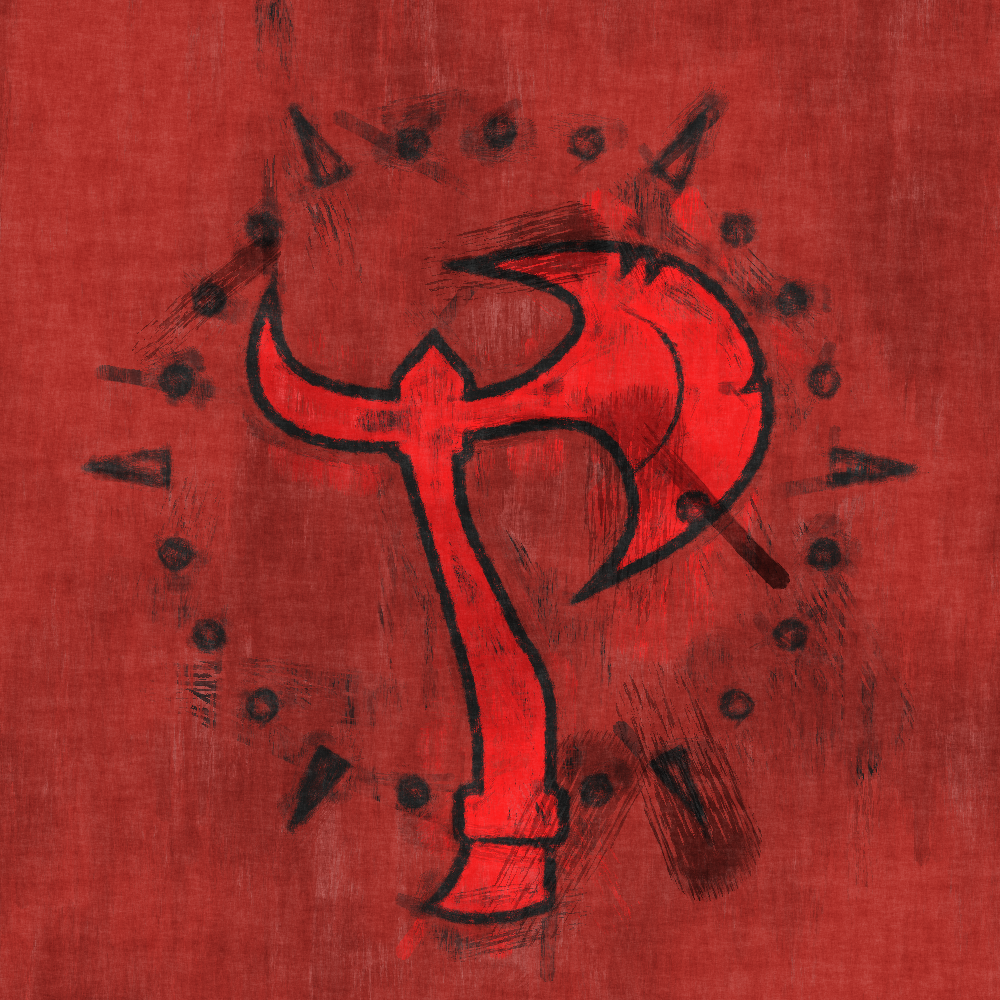 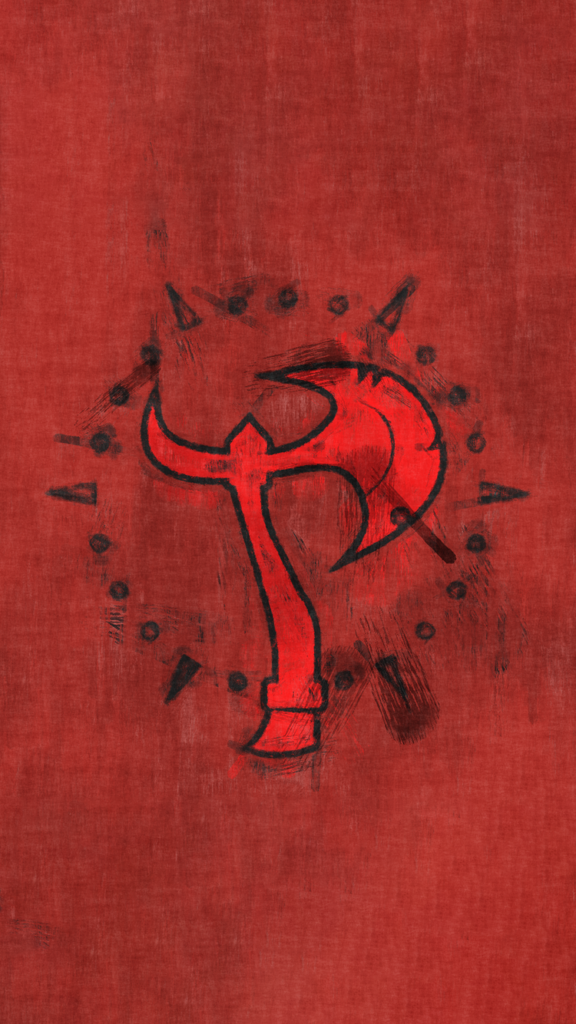 Our next sigil is going to be a little more peaceful, but it comes from a city that we’ve seen that has some terrible memories from the old timeline.  Maybe in this new timeline, there is less to worry about there.  Don’t forget to come back every Wednesday between now and then to see more art piece we’ve commissioned from our great artists!