Greetings, Quantum Questers!  We’re back with another look at some of the assets that make our upcoming tabletop card game such a nice breath of fresh air.  Although the artwork is sure to have you going through some bouts of nostalgia, I think you’ll agree everything looks beautiful as well!

We’ll get right to it:

Guardian of the Void

Our Guardian of the Void is supposed to be a pseudo reference to one of the characters in the short story Keeper of the Void, which sort of bookended the other stories in Tales of Tellest.  In that tale, a fellow named Vedas with cobalt skin and golden armor led the thief Rhys through the Void, which is a central place where time flows through.

Unfortunately, our description ended up making the game’s guardian look a little too much like the Night King from Game of Thrones. 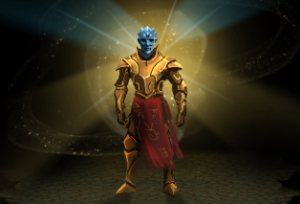 We decided to make this guardian a different color, and we messed around with some of the colors a few times before we landed where we wanted to. 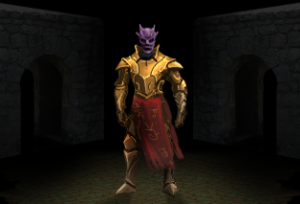 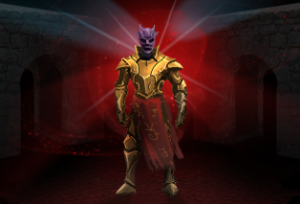 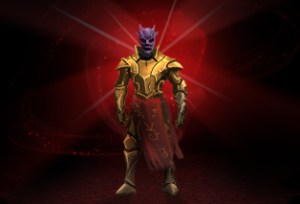 Because the guardians aren’t necessarily evil, we decided to go with a bit of white along with the copious amounts of red.  Above all else, they’re supposed to protect the stream of time.  With all those heroes coming from all over Tellest, and from different points of time, this fellow has a lot of work ahead of him. 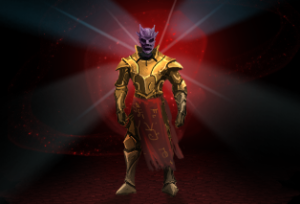 Hand of Fate is one of our special cards.  It isn’t one that can be owned, and it has some game-changing effects.  It essentially removes one of the heroes from the living dungeon, and swaps them out with another one from Tellest’s vast timeline.  It can be incredibly helpful if you’re doing poorly, but if you have a tight, well-functioning group, losing one of you more important pieces can be a real pain!

Tellest’s aetherites are a magic-based race that essentially make up the genies and a few lesser known people.  We may see these characters crop up as playable adventurers way down the line, but for now, there are a few who have been trapped in the living dungeon for far longer than they would have liked.  That kind of isolation and punishment can drive you mad, and this poor fellow has no problem letting out his frustration on the adventurers who want to control the dungeon in order to ensure their survival. 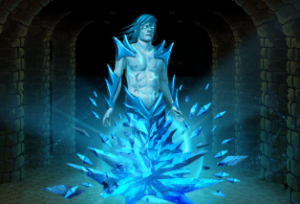 This was another one of the chambers that we ended up changing a little bit.  The arborescents are Tellest’s treefolk, and it makes up things like treants, dryads, and so forth.  This particular tree person is a big, mean sentinel in the dungeon, suffering the same madness that our poor aetherite is. 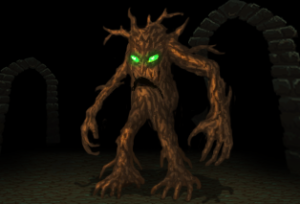 We needed to make a few changes to this dendroid, however.  He has his face a bit lower than what I would have expected, and he’s got a little bit of a butt on him.  As it stands, too much of his head is in his torso, so we ended up asking Sergei for some changes.

He ended up touching up the arborescent nicely, and thinned him out as well.  The change ends up making him look a little peeved off, too, which just ended up helping us with the feeling we were trying to convey. 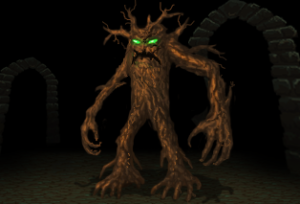 Somewhat in line with that Hand of Fate chamber we showed you earlier, Libra’s Scales is kind of a lite version of that.  While you don’t switch out heroes here, you do harm one for the benefit of another. This can be a huge burden if you’re down to two heroes, and one only has a single health to his name.  On the other side, if you’ve got an adventurer who is replete with life force, he can lend a hand to a flagging ally.

That’s it for us today, but we’ll be back in about three weeks to show off our penultimate set of chambers.  Stay tuned!