Howdy folks.  As we move forward into new adventures for Tellest, we’ve been showing off some pretty cool things for our upcoming card game, Quantum Quest.  You’ve already seen all of the characters our game has to offer (minus some exclusives that we’re keeping under wraps for now), but it’s time to see what else we have in store for you gamers out there.

First up, we have one of the more beneficial rooms in our dungeon. If your adventurers happen upon a healing fountain, they’re in for some rest.  It’ll refresh their vigor, and give them a new chance at tackling the dangers of the dungeon. 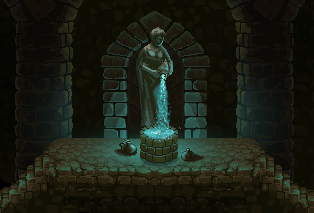 You’ll also see that we have two different variations of the chamber. Since we have so many different races, we thought some might like the more sinister looking symbol. 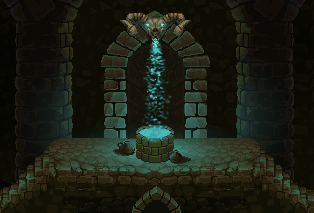 Our artist gave us a slightly different version of this fountain as well, and we chose the one that looked a little cleaner. 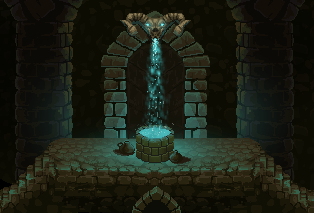 Part of the dangers of going through the living dungeon in Quantum Quest is that you run out of people you can depend on. Unfortunately, when you’re trying to take over a dungeon in order to survive, you need all the help you can get.  That’s where the magic portal comes into play.  If heroes manage to find this chamber, they can call on allies from distant lands across time and space. 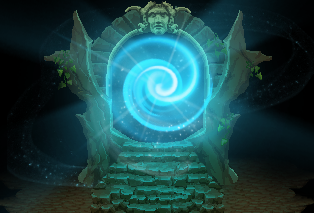 Mana is the primary resource in Quantum Quest.  When you’re running low, all kinds of bad things can happen.  Meanwhile, if you’ve an overabundance of the stuff, you can sway the dungeon to your favor, and even cast incredible spells. 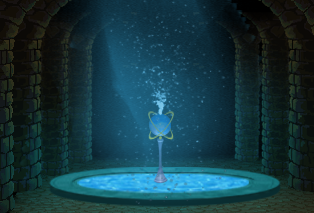 If a mana pool is beneficial, then a mana storm has got to be the opposite.  It’s what happens when you lean too heavily on magic all at once.  Not only do you lose hold over the arcane, but you also feel your mind overcome.  Not a pretty picture. 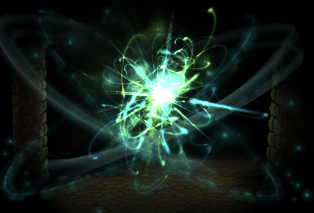 We chose to go with a slightly more askew version of the art for the final piece.  Plus it’s got some added rocks to add to the feel that things are really chaotic! 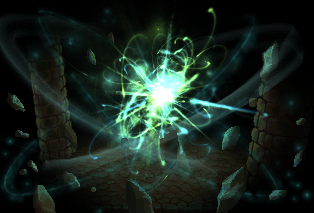 One of the quintessential traps in every dungeon, the pit trap damages you and rubs some salt in the wound by making you have to climb your way out.  This could be a valuable waste of time, however, as even being stuck in a pit could be seen as a brief respite from the dungeons many other dangers. 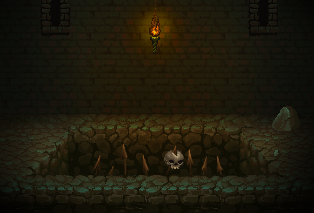 Another popular fantasy game archetype, rats make up a good portion of opening enemies, letting you learn the ropes while you lay the smack down on enemies that can’t really hurt you all too badly. 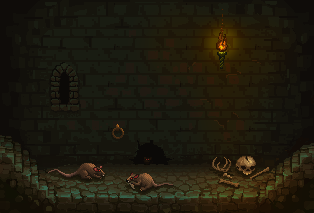 That’s it for our first set of chambers, but be on the lookout in the weeks to come when we show off more of what makes our dungeon tick!