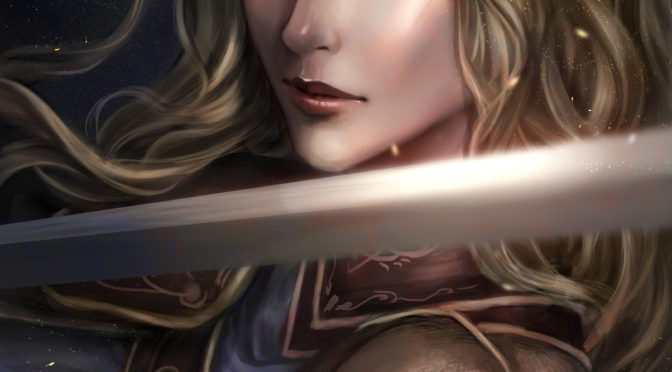 Hey there folks!  It’s been two-and-a-half months since we’ve had the opportunity to show you some of the gorgeous artwork that RedPear does for us.  We’re going to make up for that today with some character art of one of our fan favorites.

Lyla Brenna is an interesting warrior.  Her home was overrun by another country, and she was drafted into their army.  In time, she demonstrated her value to them as both a competent fighter, and as a capable spy.  When she meets Kaos Kreegan, though, she’s unprepared for her heart to win over her sensibilities. 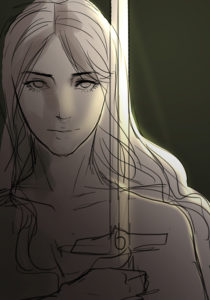 This is one of the sketches we passed on.  I feel like we could have pushed for this one though, and it would have made for an awesome book cover down the line. 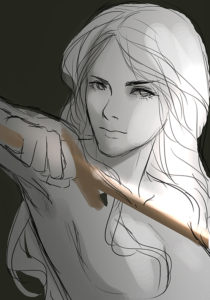 We also passed on this one.  It looks great, but the winner that RedPear served up for us was spectacular. 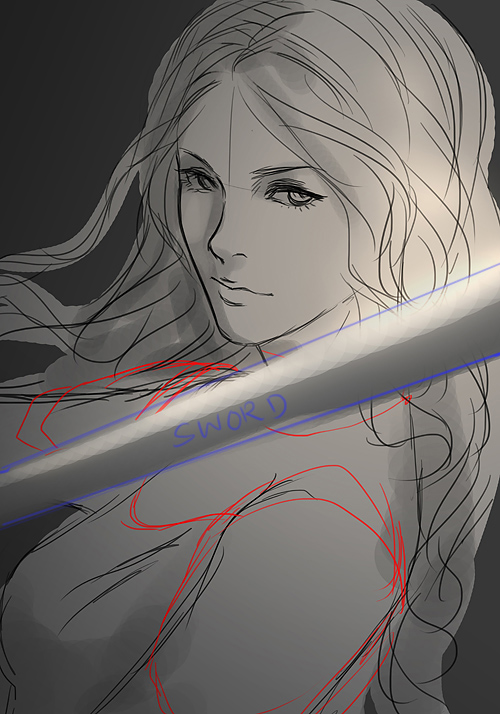 This one just seemed so much more evocative for some reason. Whether it was because of the sword, the armor or her seductive gaze, we knew we had our winner. 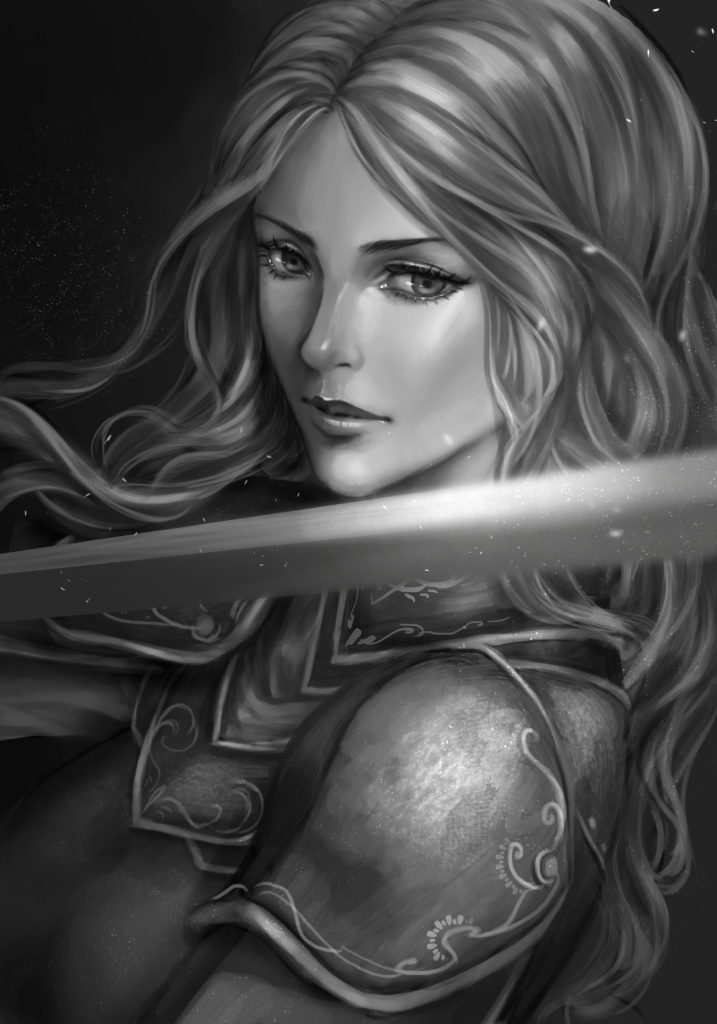 Lyla is one of those characters who you just can’t help but enjoy reading about.  She’s capable in a world filled with powered individuals, and she’s not hindered by love, but bolstered by it.  It’s an interesting thing that you don’t see too much in fiction. 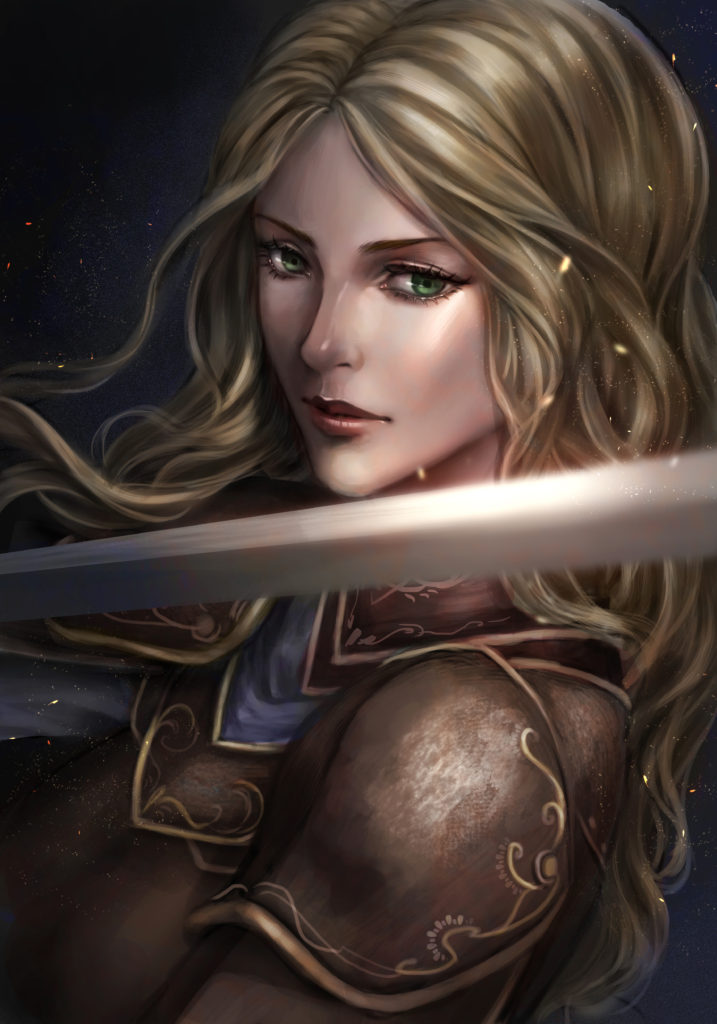 And here you go, our final look at RedPear’s Lyla.  I love the pattern of her armor, and again, she captures so much emotion in that gaze. We look forward to bringing you another RedPear art piece at the end of next month.  Stay tuned!