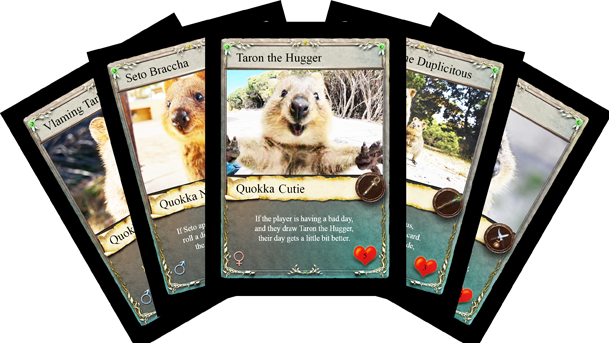 Howdy folks.  It’s a big day today here at Tellest (and Black Furnace Games).  After much reflection, we decided that “Quantum Quest” wasn’t quite working for us anymore.  Even though we were working hard on the expansion, we decided to scrap what we had.

Now, it’s important to know that we haven’t given up.  We just pivoted to something that makes a lot more sense.  We actually went back and started working on the real project we always wanted to work on from the beginning: Quizzical Quokkas!

Technology has improved enough for us to be able to make the actual game of our dreams.  Today, I’m happy to show off some of our cards.  Take a look:

We might as well show the big guy first.  Vlaming is our flagship character, and as of right now, it feels like he’s the one we’ll use on the box art, but we’ll have to wait and see how people react during testing. 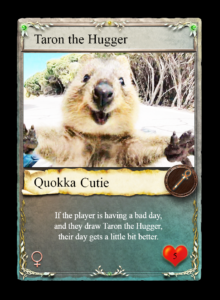 Next up we have Taron!  I have a feeling that Taron is going to be a lot of people’s favorites, and she has the best chance of unseating Vlaming.  She’s just so happy and cute, don’t you think? 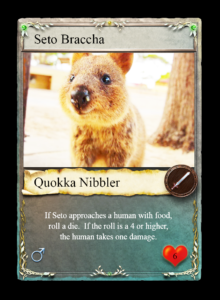 A lot of people just think that quokkas are only good for selfies and looking adorable, but they have been known to bite every now and then.  Seto only has a small chance of a little nibble, but still… watch out.

Up next we have Adelaide, who has a pretty cool talent.  When something comes up and she’s feeling quizzical, she summons help to give her a second glance.  It’s always good to have a buddy! 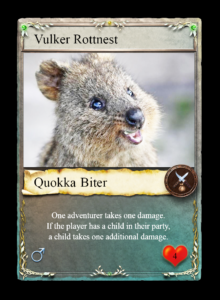 Finally, we have this little guy.  Vulker is a straight up jerk.  Not only is he feisty and bitey, but he specifically likes to torment little kids!  For shame, Vulker.  For shame.

That’s it for this preview set, but we wanted to also show off the group to tide you over: 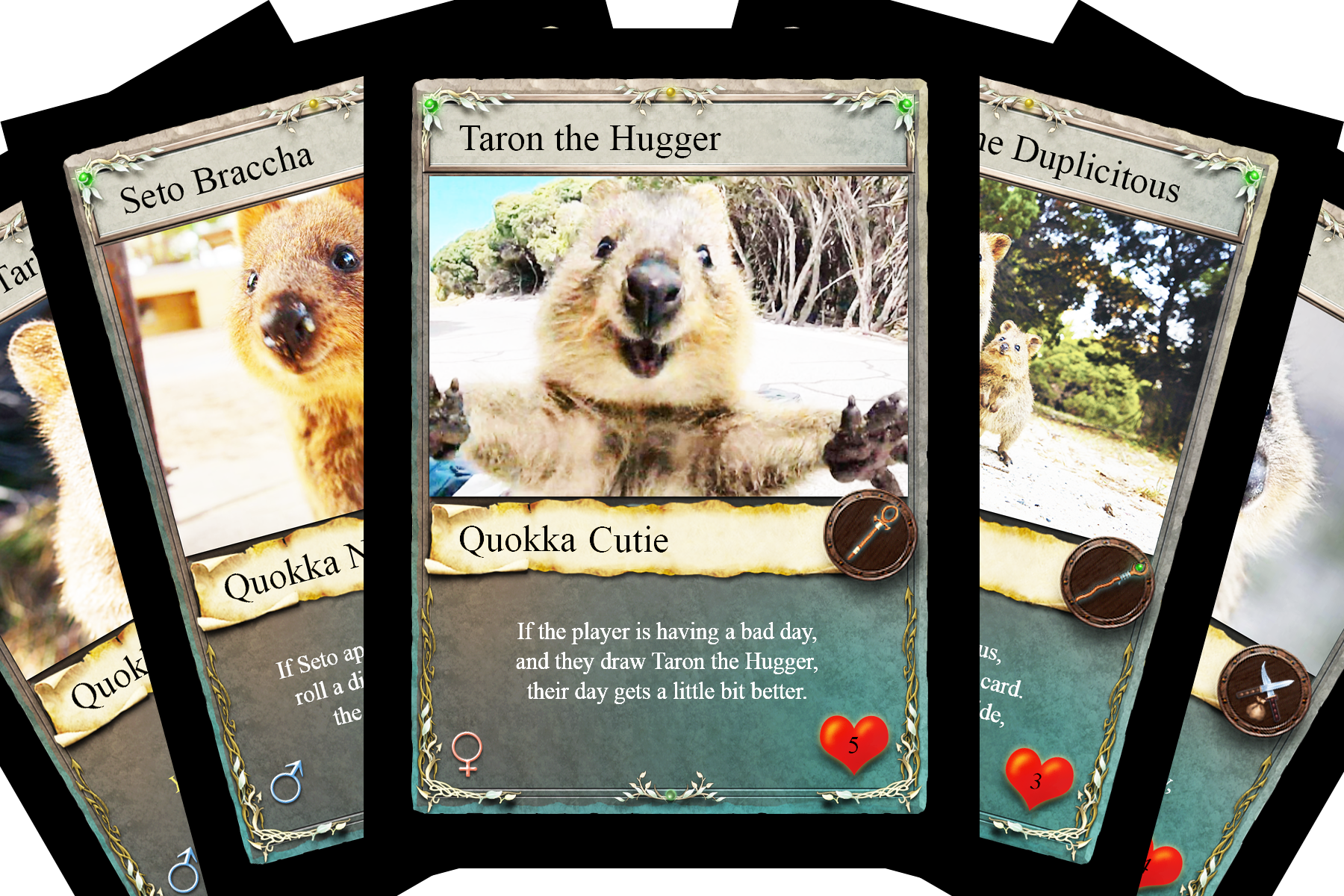