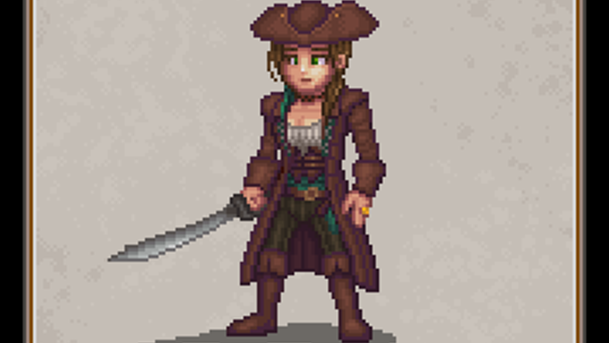 Well howdy, and welcome to our first art post of the year!  Did you know that it has been roughly eight years since we started putting art of Tellest into the world?  Time really does fly.

Today, we’re looking at the second half of our piratey pair that we began in December.  Basta is a captain’s first mate, but what about the captain herself?  In steps Catelyn Angmar. 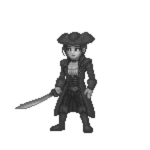 Catelyn Angmar is a storied captain who is living in a couple of shadows.  First, she’s got the legacy of her father hanging over her.  He’s a famous sailor who had ownership of a legendary ship called the Cutlass.  Interestingly, the Cutlass is supposedly now a tavern just outside of Viscosa, the ship allegedly having been brought upriver from the south seas. 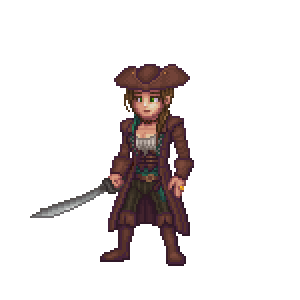 Catelyn also has to contend, as a pirate captain, with the expectations of other people.  While she’s the captain of the ship, she is often conducting business from her cabin, as respect is not afforded much in her line of work to a woman.  It’s easier to handle things in a clandestine manner until it’s time to spring her trap, and by that time, she’s proven that her gender doesn’t matter much. 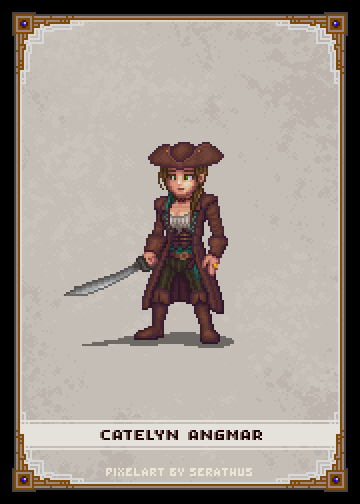 Together, she and Basta manage to handle a lot of the ins and outs of whatever kind of pirate or mercantile business they have that they’re going through.  While they are pirates, they’re perfectly fine people, and their allies are better for having known them.  Catelyn has her own quests that she wishes to fulfill, but she’s just as happy making sure her crew is well-paid, as long as they’re sailing in the salty sea air. 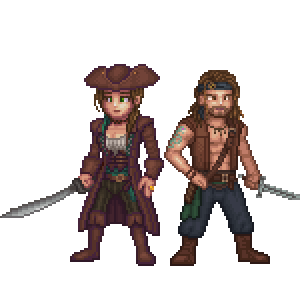 We have one more pixelated couple coming your way in this pseudo series, so be on the lookout over the next few weeks!