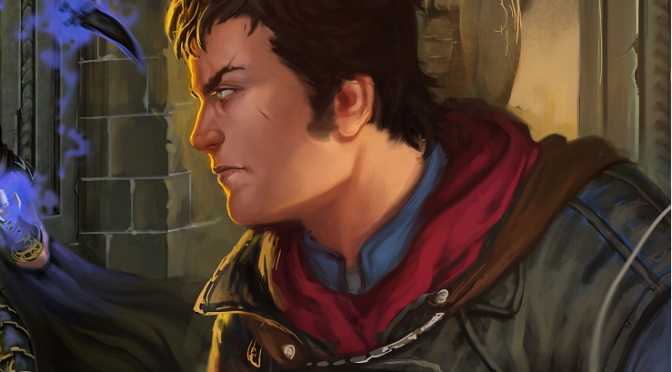 Michael Kreegan was born to country folk in the plains west of Atalatha, on Flamedays 12th, 957.  His parents, Tessik and Elly, had a small farm, and were pleased to have a child around who could help them tend their home.

Two years later, Adelia Kreegan was born.  The two children were inseparable.  They would often play among the countryside, investigating caves for treasure and imagining that they were great heroes.

Before either of the children was very old, Michael was afflicted with a terrible illness.  Neither of the parents thought that he would survive.  Adelia watched over him though, and was present when Michael developed his uncontrollable precognition.  The children kept his power a secret from their parents, worried that danger might befall them if the truth was known.

When Michael was very young, Tessik would often talk about the city to the east.  Atalatha was a city of gold, a city of wonders, according to the patriarch.  In Nehr of 964, an invitation to the city was received by the Kreegans.  Knowing that they would only have one opportunity to live like royalty, the family made plans to attend an event in Atalatha.

Elly took the children south, to Viscosa, the capitol of Raleigh.  There, they briefly met with Cedric Renzeya, the captain of Viscosa’s guard.  It was his influence that convinced Michael that he wanted to be a soldier.

When they arrived home, the Kreegans had a carriage waiting for them.  They traveled to Atalatha, where Michael formed fast friendships with David Garus and Alicia Mane.  He also fell under the attention of Stephen Caista, a trained swordsman that served with the city’s guard regiment.

Unable to stave off the urge to swing a sword, Tessik began training his son in combat, as best he could.  He was a farmer, however, and didn’t have much experience to offer.  Instead, he hired the swordmaster from Atalatha.  Stephen and his younger brother, Zachariah, came to live with the Kreegans.  Michael began his training under Stephen’s watchful eye.

When war broke out between Raleigh and Blacklehn, Tessik was drafted to the front lines.  Stephen remained behind, continuing his training with Michael.

In 972, Stephen convinced Michael to return to Atalatha to prepare and train for a gladiatorial contest later that year.

Tessik arrived home from the war shortly after, but not without injury.  The elder Kreegan’s arm had been amputated.  He returned with more grim news as well.  Stephen had to take his place at Sentinel Pass.  Both of the Caistas left the Kreegan home, leaving Tessik to take over his patriarchal duties.

Together, father and son returned to Atalatha to enlist Michael in the gladiatorial combat that Stephen had prepared him for.  Much to his regret, Michael lost the contest to his childhood friend, David Garus.  Disappointed, the Kreegans returned to their farm.

On Flamedays 12th, 974, Michael and his father set out to the west.  Tessik told his son of a place called the Valley of Mists, where he would learn what it took to become a man.  While there, he met with Cedric Renzeya once more, learning more facets of combat from him and his soldiers.

After the time spent in the Valley of Mists, Michael returned home, eager to tell his family of his experiences.  When he arrived, however, he found his house burned to the ground.  Try as he might, he could find no survivors.

Fostervilla and the events thereafter

In his moments of weakness, Michael decided to travel to Fostervilla, to see if his family had somehow ended up escaping there.  When he arrived, penniless and broken-spirited, his life fell into even more disarray.  Too poor to commit himself to decent lodging, he slept on the streets, avoiding the discerning eyes of the guards as best he could.  He began stealing from people with the intention of giving them back their goods later.

Unfortunately for Michael, he was discovered by members of a group called the Syndicate.  Apprehended, he was given an ultimatum: Join their ranks or die.  Opting to join the syndicate, Michael took on a new name, Kaos.  Little did he realize at first, but the Syndicate was actually a guild of protectors of the city of Fostervilla.

During his time among the guild, Kaos began finding himself on a balancing act within the city.  A rebellion broke out, and he found himself caught on both sides. 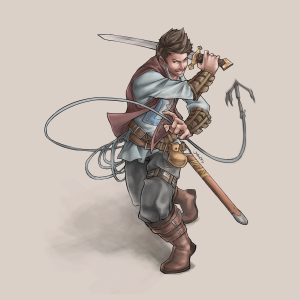 Following the massacre at Fostervilla, Kaos left the city.  While some of his earlier whereabouts are unknown, he joined the Raleighn army with a wolf named Dirk at his side.  He reconvened with Stephen Caista, who had been promoted to a general of Raleigh’s army.

Stephen recognized Kaos’ skills as an individual, rather than a simple soldier, thanks to his training in the Syndicate.  The general sent him on reconnaissance missions, and the two briefly planned on a foray into Blacklehn.

Before the sojourn to Blacklehn, however, Kaos met Steel Tip, the ranger from the south, and the two quickly formed a friendship.

The war against Blacklehn quickly deteriorated when the country of Ippius joined the fray.   The island nation assisted Blacklehn with an addition of soldiers, as well as a fleet of airships.  The war continued for three long years.

When the last airship fell, Ippius withdrew from the war.  Without its ally, Blacklehn was forced to retreat.  Kaos and Steel Tip took measures to repair some of the damages that had been done to the northern villages of Raleigh.  Stephen’s unit was decimated.  Only his horse was found.

Finally, Kaos returned home, ready to avenge the deaths of his family. 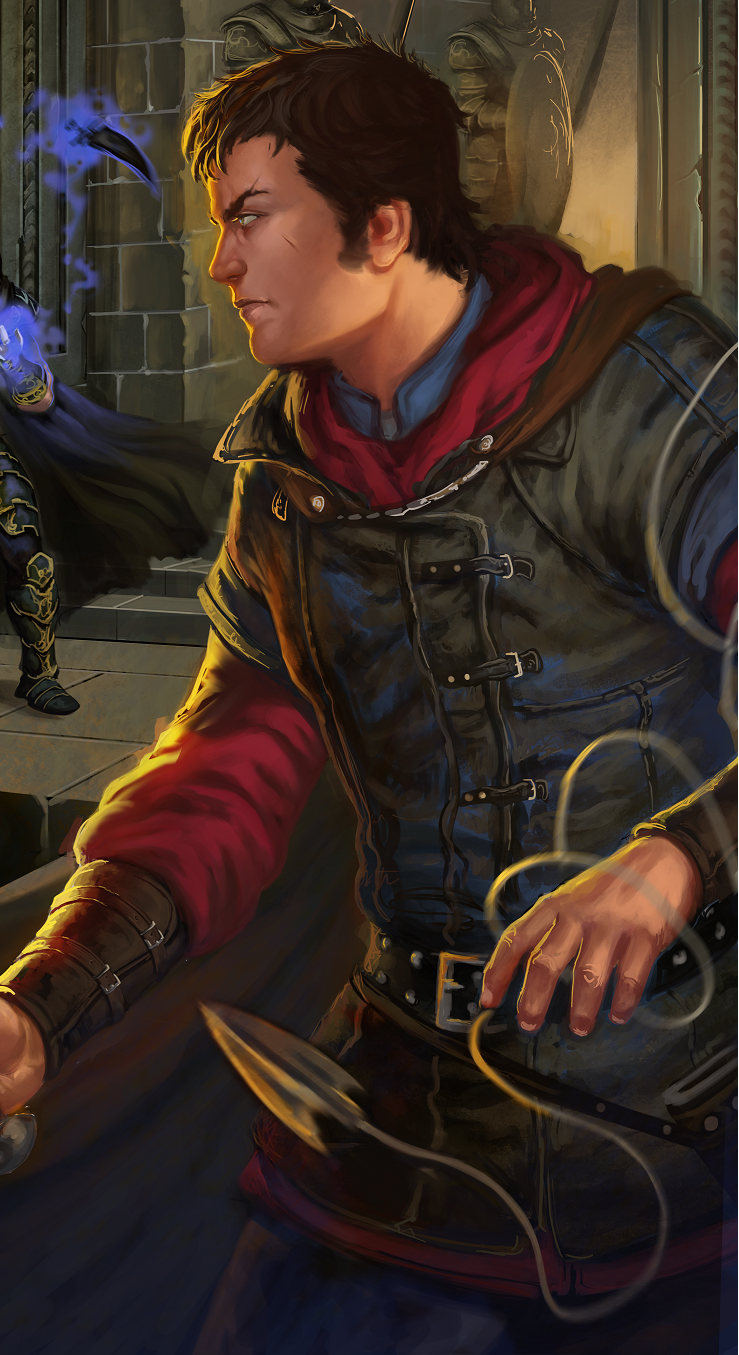 One thought on “Kaos Kreegan”