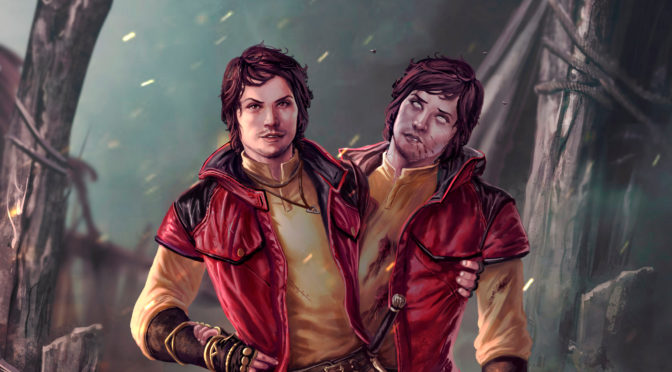 In honor of Halloween, we worked with Leo to come up with a story and a lovely art piece for one of our tried and true antiheroes, Bixby Alladocious.  Below, you can see the long trials of making a piece of art worthy of our ne’er-die-well.

The first phase of what we’re lovingly calling Weekend at Bixby’s was the confusing back and forth of finding out how to present the piece.

We had talked about how we wanted things to be.  Maybe Bixby—who dies often, but always comes back to life—could be manipulating one of his corpses on stage.  We were thinking a little more marionette than this Yorick-like pair of sketches: 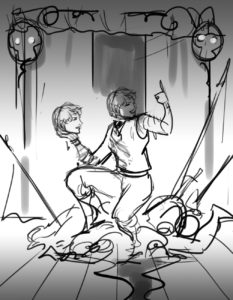 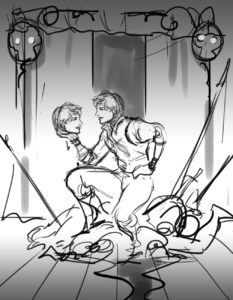 Leo and I usually have very little problems communicating, but Bixby is such a weird character, with such an unusual ability.  Getting the point across the right way was a bit of a trial in and of itself. 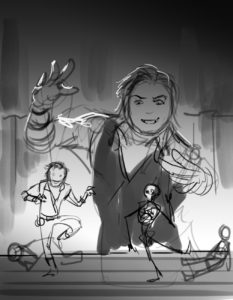 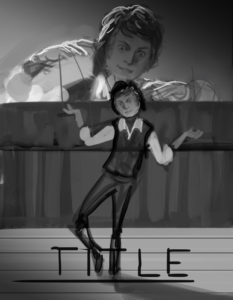 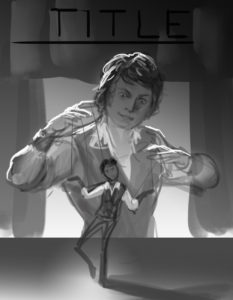 There were some difficulties explaining to Leo that Bixby stayed the same size when he died.  I’m sure it didn’t help that I was using the word marionette, which often invokes images of tiny little puppets.  I had originally envisioned Bixby crouched behind a curtain, lifting his corpse up with strings. 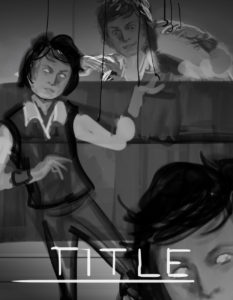 That didn’t translate so well either. 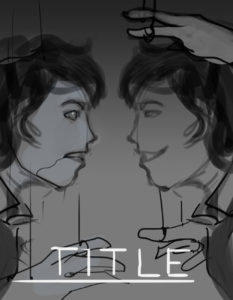 This was the closest I think we got when we were still trying to go this route, but it still wasn’t quite what we were looking for.

After running out of steam with that train of thought, we switched tracks entirely. 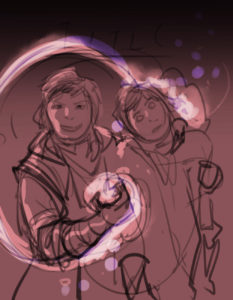 Instead of doing the marionette thing, we opted to go with the Weekend at Bernie’s routine.  It just made a lot of sense.  Above, you’ll see the opening concept. 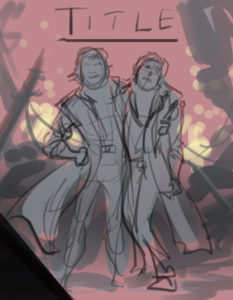 Our next variation was a little closer to what we were ultimately looking for.  And Leo started knocking it out of the park after this. 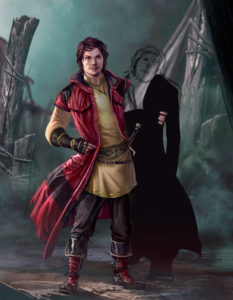 For the first time ever, Bixby was done by Leo, and he looked great! 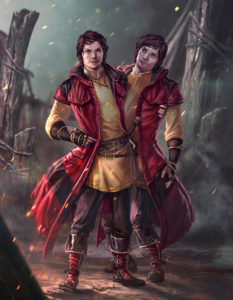 Two Bixbies, on the other hand?  Even better! 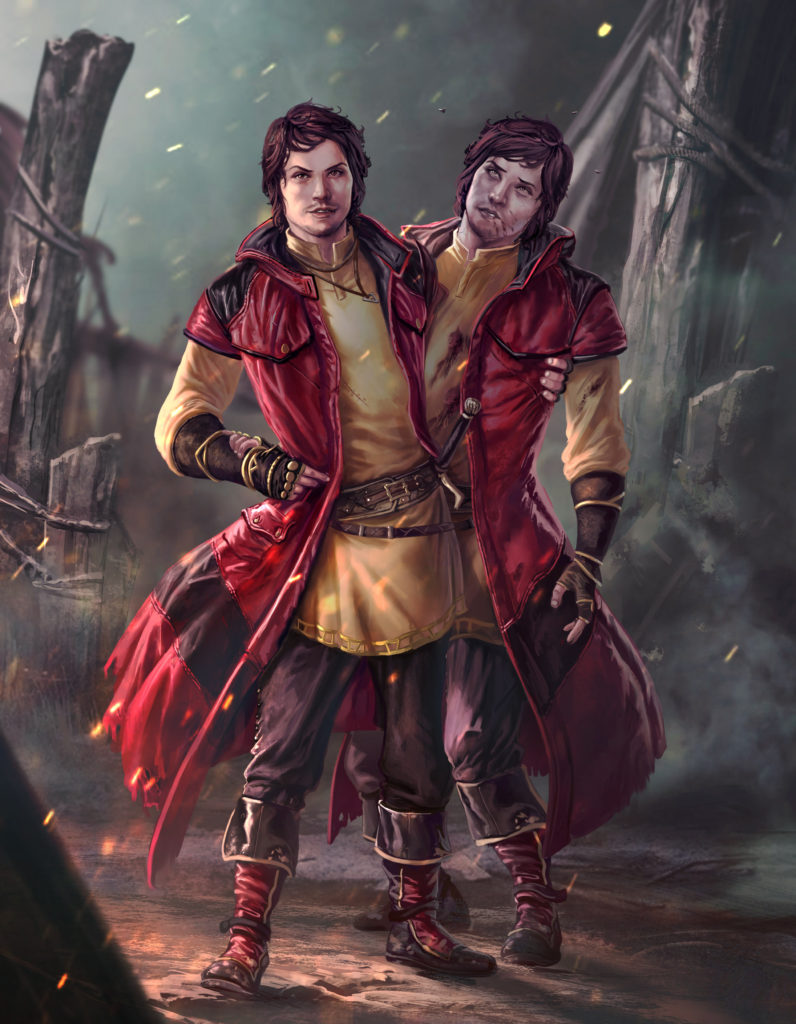 We ended up making a couple more changes.  Dead Bixby looked a little too lively, so we added some flies, inflicted some noticeable wounds to him, and glossed over his eyes.  I glossed them over a little bit more for the final piece. 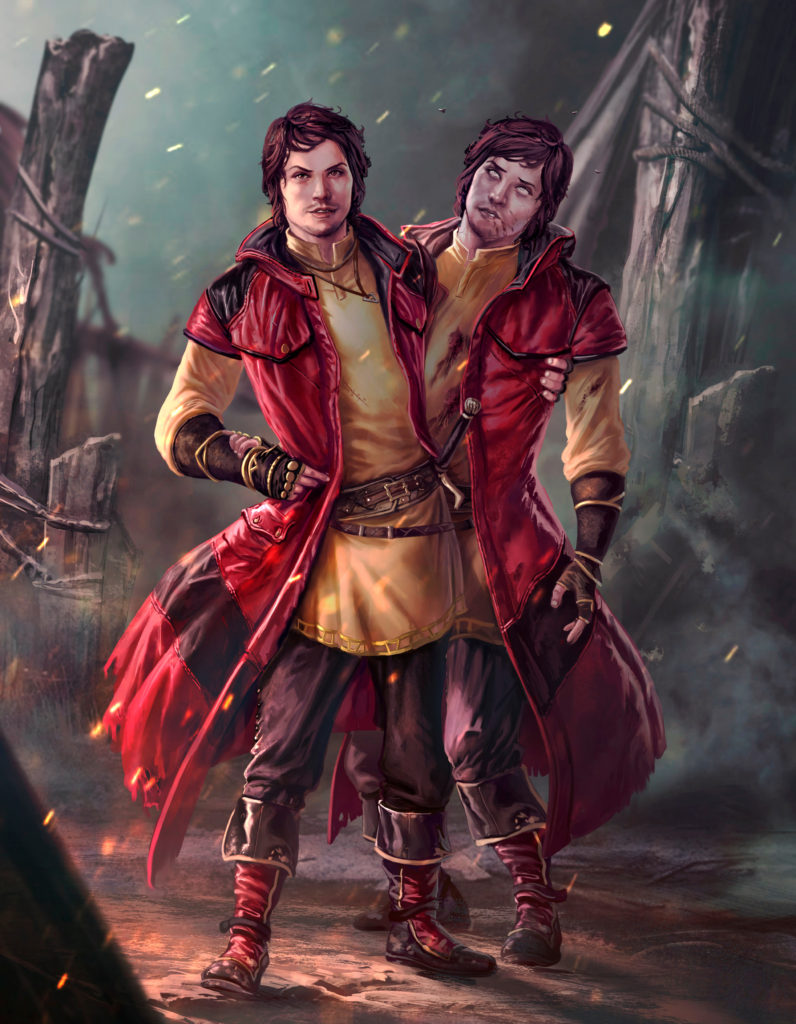 And there you have it.  Our team of Bixby’s look spectacular.  Also, considering how close his power is to Deadpool’s, we went with a color scheme that mimicked the merc with a mouth.  Bonus!

If you want to know how this image plays into Bixby’s latest story, you’ll have to read it—available to read now, right here.