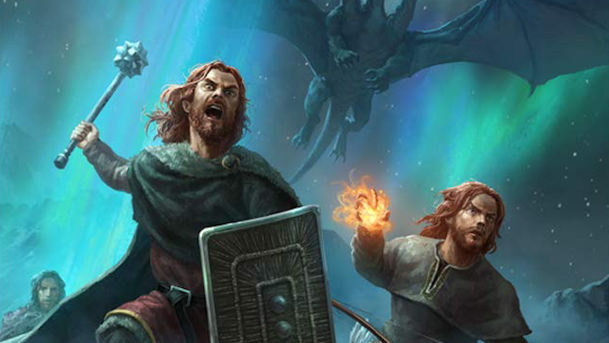 Howdy folks!  It’s been a little while since our last promo, and I thought there would be no better time than now to talk about an awesome fantasy universe that I discovered over the summer.  This was the second Philly Wizard World Comic Con I’d been at, and I happened upon the works of Joshua Robertson, who has an incredible world you’ll want to jump into.  I often like to think that I have a pretty robust fantasy universe of my own, but Robertson’s table was a spectacle to behold.  I should have taken a picture of it, because I was impressed as anything.

Thrice Nine Legends is robust, but that word barely does it justice.  It’s dark, epic fantasy-meets slavic lore, and it entertains throughout.  Robertson is an award-winning author with a score of books, and every single one of them is well-received.  With that many books, there’s a lot to talk about, but we’ll start you off with something you can sink your teeth into at the beginning of the sprawling fantasy universe.

Anaerfell is the first book in The Blood of Dragons sub-series within the greater Thrice Nine Legends.  It also starts off the greater series, so if you’re looking to jump into the huge world chronologically, this is where you start.  Best of all, if you subscribe to Robertson’s newsletter, you end up with this book for free!  You can’t beat that.

Anaerfell can be pretty grim and dark and almost uncomfortable if you’re unprepared for certain events, but it’s interesting to follow along, especially if you don’t like all your characters to be as pure as the driven snow.  Brothers Drast and Tyran aren’t what you’d call redeemable in a lot of ways, but it’s interesting to see them go through their journey, discovering the power inside.  Despite all the roughness of the world and the actions of the brothers however, Robertson and his co-writer, J.C. Boyd, have crafted a tale that has a poetic feel to it. 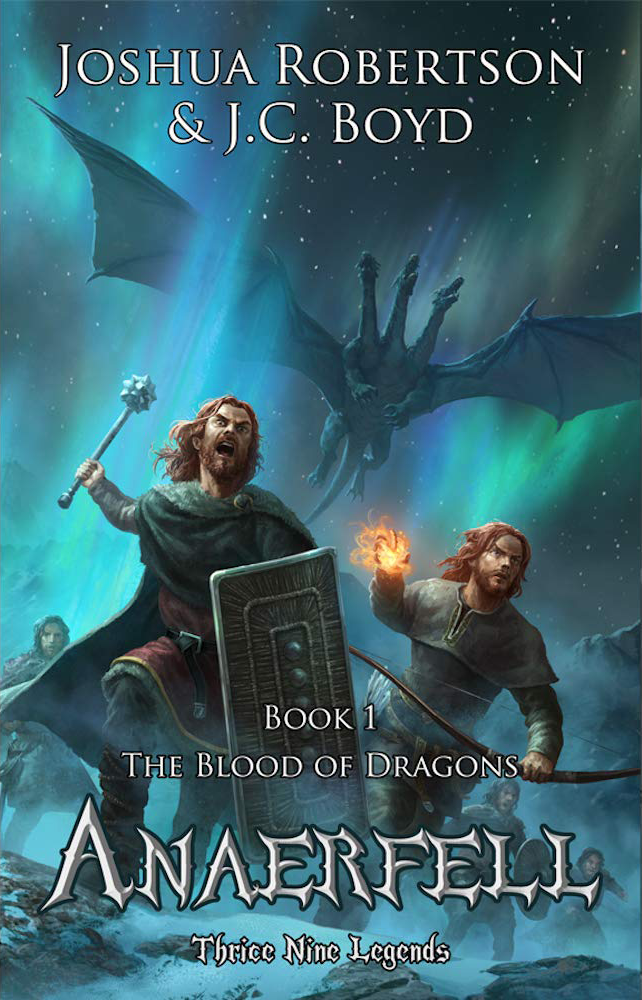 Drast and Tyran might be considered a bit black-hearted, or even immoral. Drast is cunning but reckless, hunting for admiration. Tyran is calculating but tactless, searching for affection. When the two brothers set aside their ambitions to fulfill their father’s desire for immortality, they readily discover many opportunities for redemption. Now, while wielding a powerful magic that drains their life, Drast and Tyran will embark on a maddening quest, facing skin-switchers, dragons, and the God of the Dead.

If you’re on the lookout for a great new fantasy world to dive into, Thrice Nine Legends is definitely worthy of a glance.  It’s got a different feel than a lot of books you’ve likely read.  The world is presented with a rich, grim tapestry that leaves it feeling plenty real despite its fantasy setting.  Robertson and Boyd use this book to set up the rest of the Thrice Nine Legends tales, and it’s definitely something that can keep you busy.  For now, start things off by picking up Anaerfell.  You can get it for free by signing up for Robertson’s newsletter, or you can check it out on Amazon.