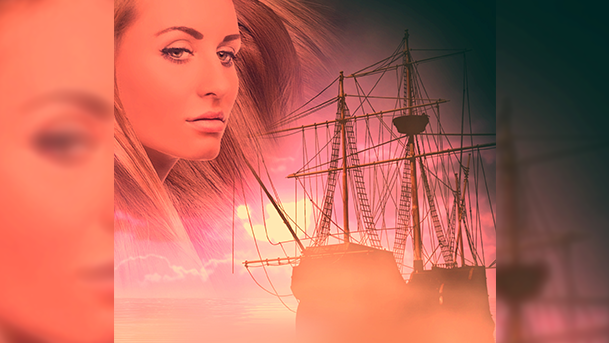 Howdy folks.  It’s been a busy week for the Otherworld, but we’re leaving you with a promo for a lovely bite-sized story that comes from a talented and storied author.  We’ve seen devils and shapeshifters, dark and shadowy cults throughout the week.  Now we’re off to see the half-elves, and to see what lies in store for them.  Read on to learn more about Vengeance.

Love is a powerful emotion, and it drives people to do wondrous and terrible things.  It can drive people to madness or sullen solitude.  It can drive people to anger.  Such is the case in author M. K. Theodoratus’s Vengeance, A Tale of the Half-Elven.  Its lead, a half-elven named Mariah, has an interesting blend of traits from both her parents.  Elves are often cool and collected, and rarely consider their mortality.  But humans are ambitious and imaginative, and when things go wrong, they hold grudges… 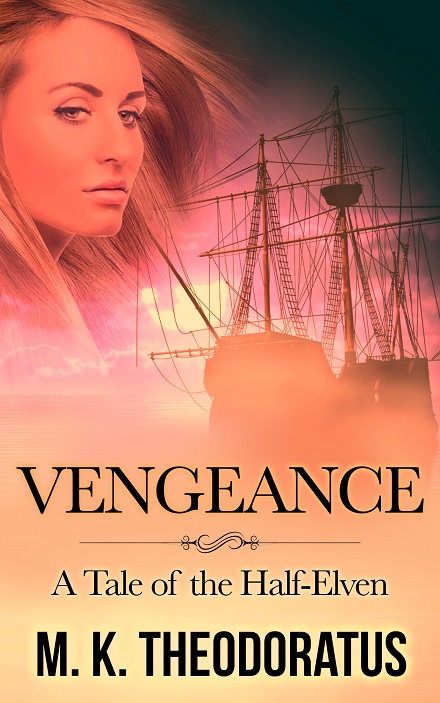 Four centuries ago, Mariah led the Rebellion against the genocide of the Half-Eleven to establish a safe-haven for the Far Isles Half-Elven.

Now, an uneasy truce with the enemies that surround the Half-Elven is collapsing. An unprovoked attack, that kills her granddaughter and almost kills her daughter, is evidence enough for Mariah. But, will the fierce warrior and her ring-mate, Ashton, be able to convince Linden, Lord High Commander of the Marches, that their people are in danger?

With attacks by the Trestemontans from over the eastern sea, hints of magic by the Suthron Hounds, and Drummer Warriors using Spirit drums made from the skin of live human sacrifices, the Half-Elven Warriors have reason to worry.

Theodoratus puts a lot of work into a small package with Vengeance.  There is a tremendous amount of worldbuilding set in place in a short introduction to the world, and it sets the tone for what is yet to come.  There’s magic, strange creatures, and beings at odds, all with a somewhat ethereal promise of more.  Theodoratus is a prolific storyteller with a wide catalog that features some darker works in her Andor series, but the elves are clearly close to her heart as well.  Here’s hoping to more from the Half-Elven, and the world the author has brought us.  Check out Vengeance on Amazon today!