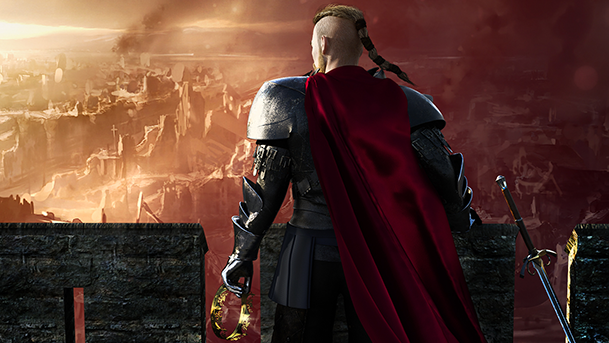 Hello there fantasy fans!  It’s been a long week, filled with excellent stories and articles every day.  We’re going out with a bang, and it could definitely tide you over for the weekend.  It’s a real page-turner.  We’ll be talking about a new series, The War of Brothers, today.

Author Andrew N. B. Willard comes forth with an excellent debut in The War of Brothers: Blood and Steel.  There is a vague sense of a more traditional fantasy here, but Willard pushes forth with enough twists and turns that it has a breath of fresh air to it.  It’s a somewhat grittier story with real stakes, and Willard doesn’t shy away from them.  Blood and Steel also explores relationships between its characters in some interesting ways as well; you certainly don’t see this too often in most fantasies.  These characters, at the forefront of the story, are easy to want to know more of, but also always near to being torn from the pages of the book. 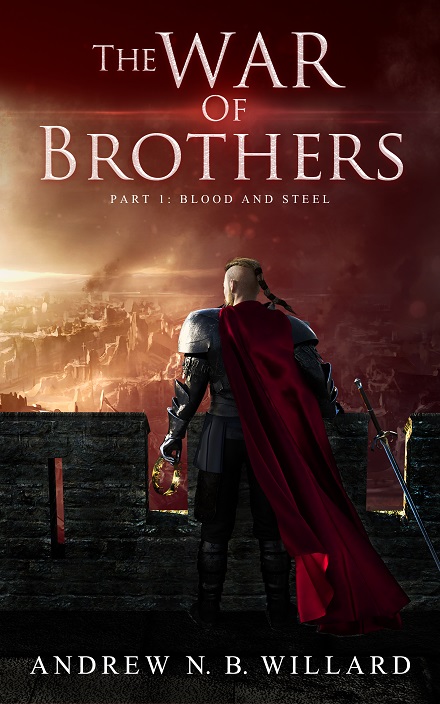 Kahlungar, King of Thalgrea, is dead, butchered in his own home by The Dark King, Rufitius. His kingdom has fallen, his throne stolen, and his supporters put to the sword. But all is not lost.

For the past fifteen years, Abjorn, the true heir to the throne, has been content with living out his days as a humble farmer. But after a failed heist brands him an outlaw for life, he finds himself in a battle to survive in the harshest of conditions as a new war looms.

The Dark King is dying, and everyone with a claim to the throne is preparing for a bloody struggle over power, including another of Kahlungar’s heirs. Wilhelm, raised as The Dark King’s own son, must decide to whom he owes his loyalty or if he wants to take the throne for himself.

But as the cities of man prepare for war, an ancient evil awakens from a centuries-long slumber…

With real stakes and lasting changes that can occur on any page of the book, Blood and Steel is exciting indeed.  And there’s more to the story, of course, than just what you see on the surface.  In the shadows of the kingdom of Thalgrea, there is something more sinister at play.  The sequel to Willard’s awesome debut is set to come out later this year.  But while you’re waiting on For King and Country, why not dive into the first book in the series?  Check out The War of Brothers: Blood and Steel on Amazon today!

There’s never been a better time pick up this debut, as it is free until March 21st!

One thought on “Fantasy Promo – The War of Brothers Part 1: Blood and Steel”