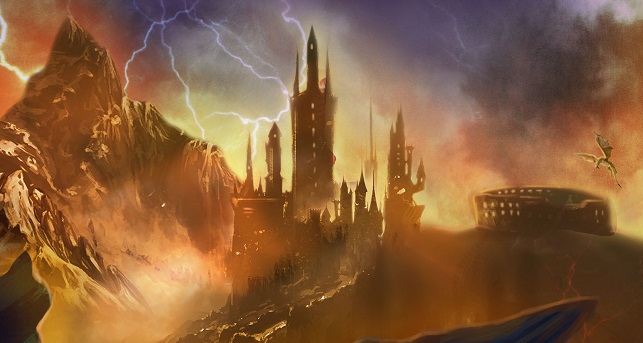 Folks, the newest book in Valena D’Angelis’s Tempest of Bravoure series is here.  You’ll recall that we promoted the first in her series, Kingdom Ascent, a while back, but the trilogy is now complete, with City of the Dead finally upon us.  A Tellest ally ever since the first book came out a year ago (and an occasional Tellest storyteller, to boot), we’re incredibly excited for and proud of Valena and what she’s been able to accomplish in so short a time.  City of the Dead continues her wonderful worldbuilding, attention to detail, and exquisite character development. 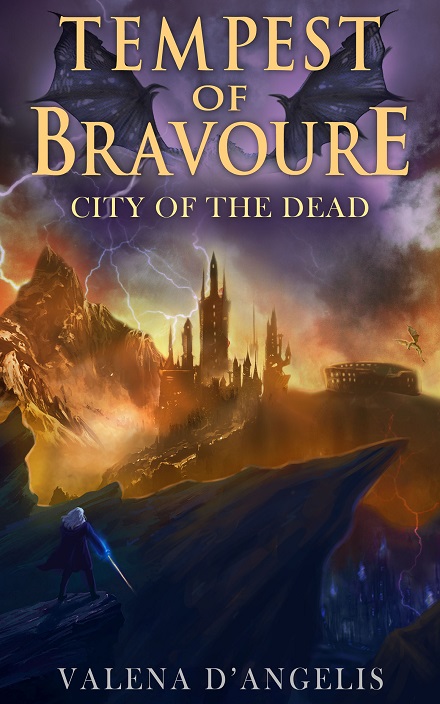 A looming threat. A civil war. Heroes scattered across time, reunited. What will it take to save Bravoure? Who deserves redemption?

There will be a reckoning.

Our heroes find themselves at the dawn of war. Ahna struggles to survive in a new Bravoure where dark elves are banned. Jules leads an uprising against an all-too-familiar evil. Luthan undertakes a desperate mission to save the world, facing his past in the process. The Bravan Army is about to declare war against an empire they cannot possibly match, while the threat of the undead tide is rising. Bravoure has lost her might, and someone must act. The answer may lie at the edge of Fallvale…or in the depths of the Dwellunder.

Since Kingdom Ascent came out, it was clear that Valena D’Angelis was going to be a force to be reckoned with in the fantasy writing field.  That she has been able to accomplish so much in so short a time in a testament to her work ethic and her passion for the world she’s building.  Readers will delight in a return to Terra, in this book and beyond.  But for now, it’s a great time to grab D’Angelis’s first trilogy.  It’s one you won’t want to miss.  Check out Tempest of Bravoure: City of the Dead on Amazon today.