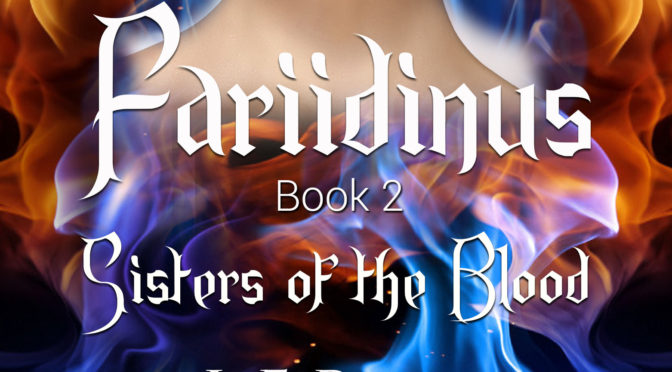 Welcome back to the Otherworld folks.  Whether you’re interested in far-off worlds, or the places that surround us, we bring you amazing stories and the talespinners that craft them.

Today, we’re happy to bring you back one more time to the hidden world of the Heartland here on Earth.  It’s here that fairies roam and do battle to protect their way of life, all beyond the veil of what we can see.

Sisters of the Blood is the continuation of the Fariidinus series, written by L.E.Parr.  Where Wings of the Exile saw the heroine of this series finding the strength and confidence to return to the Heartland, this book finds her turning herself into a powerful weapon to use against the evil Highmother.

We’re so thrilled to be able to talk about another one of Parr’s books.  Fariidinus is a wonderful series, and the second book is just as enjoyable as the first.  If you’re in the market for a series that puts a focus on just how deadly something beautiful can be, the Fariidinus books won’t steer you wrong.  Check out Sisters of the Blood on Amazon now!

Also, don’t forget to take a look at our promo for the preceding book. We called Wings of the Exile a debut release that introduces you to a world the author is passionate about—and you’ll end up loving in no time.

Finally, if you want to see just how prolific Parr is at her writing, you can take a jump over to her website where you can see all the released and upcoming books she’s been working on.  Let’s hear it for this hard-working storyteller!