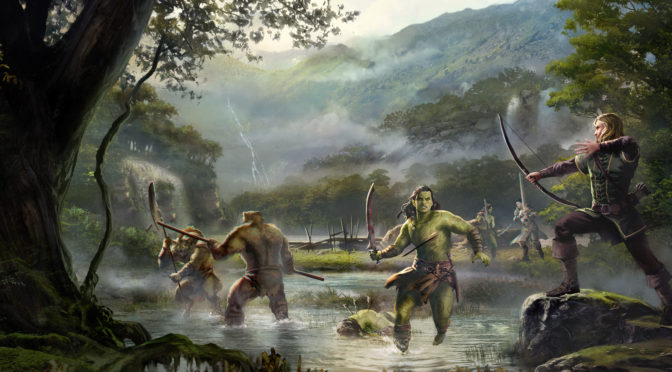 Hey there folks!  We are almost all done showing off the covers of the books that we are preparing for this next volume of Tellest books (thanks once again to our awesome Kickstarter backers for getting us the start we needed).

Today, we’re going to begin showing off the finalized covers of our new properties.  In addition to the five books that are serving as sequels, we’ve also got three books that are starting their own storylines.  One of these is a brand new character, but the others star an established character at various points in his life.  We’re going to take a look at one of those two now, so buckle in! 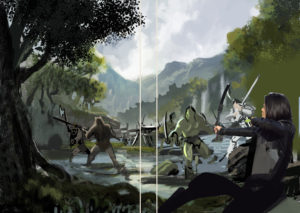 Heart of the Forest stars a younger Steel Tip than what we’ve seen in the Child of the Stars series.  This book—a novelization of an unreleased game—demonstrates the secret prince’s first foray onto mainland Draconis.

Leo started us off with a lot more green than we typically see, except for what we had of Awake. 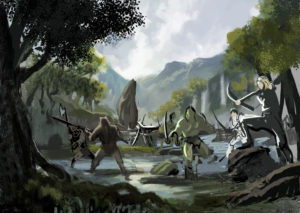 After establishing a few things, Leo puts a tighter emphasis on some of our characters.

Heart of the Forest feels like a classic fantasy.  There’s a narrative that plays very well into a videogame, and it feels a bit simpler and more concise.  That’s not to say that there won’t be surprises, but it’ll be a book that I think any fantasy reader will be able to get into. 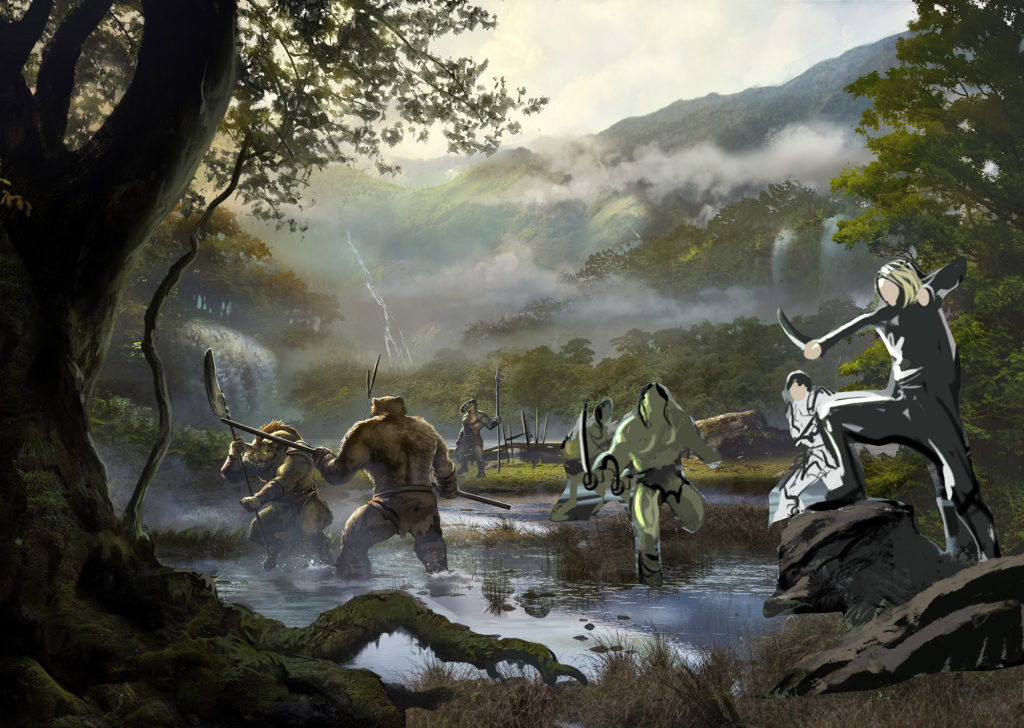 There’s a little more panache put into place in this third iteration of the cover.  You can see much more clearly here that Heart of the Forest has a lot of focus on characters of different races.  We are getting into this a little more in this second set of books, but nothing expresses it so much as this novel.  Leo was up to the task, giving us goblins, werebears, gnolls, lagano and humans. 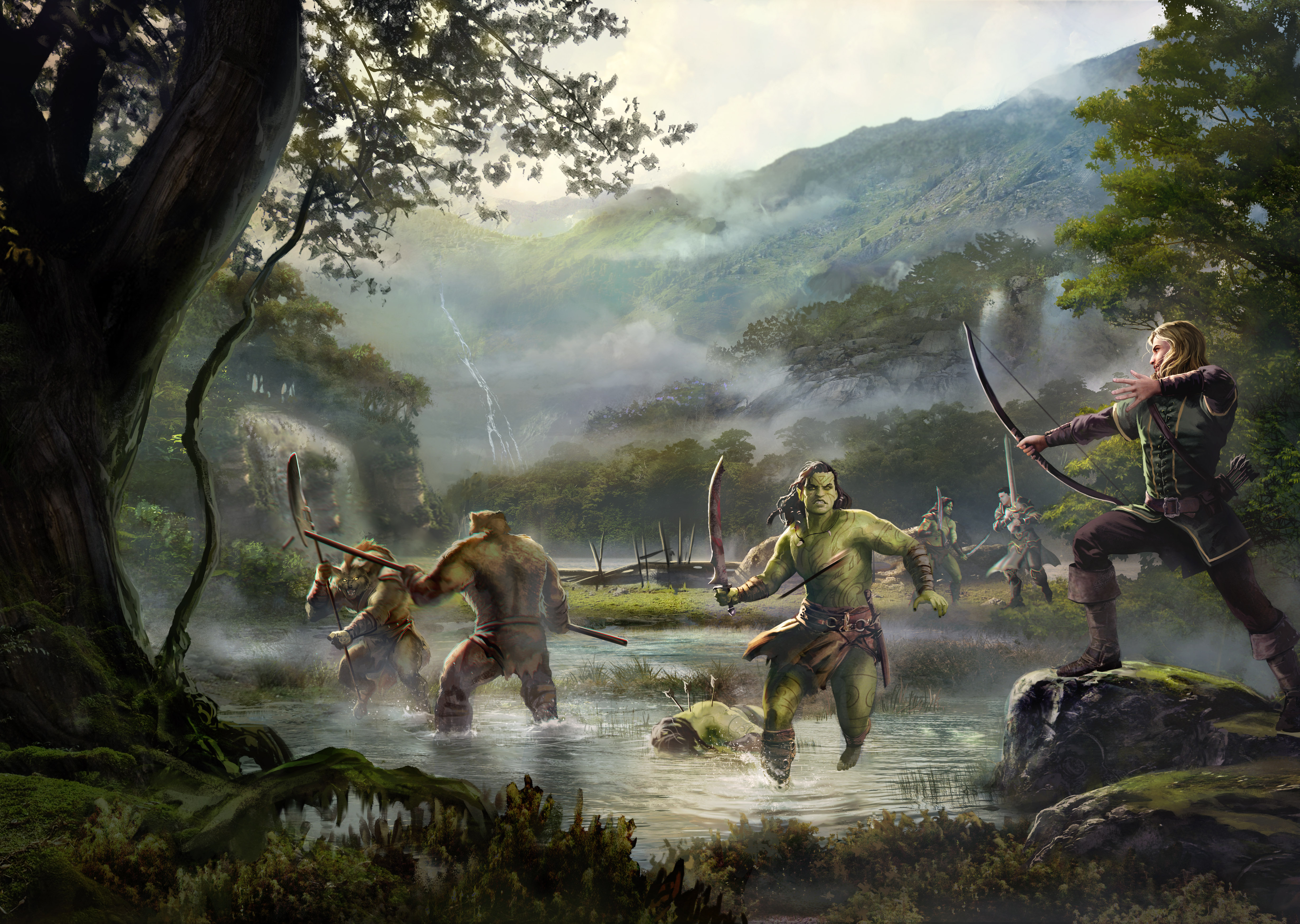 And here you have our finished take on the piece.  The front cover is more refined, and certain characters have been added.  We lost the lagano that we had in there, but things just felt a little too cluttered. We think it was for the best, but rest assured, the book is going to be jam packed full of more races than you typically get in a Tellest book. It’s going to be a fun little adventure, and I can’t wait to show you more as we draw closer to the release of Heart of the Forest in early 2018!

2 thoughts on “Cover Art – Heart of the Forest”