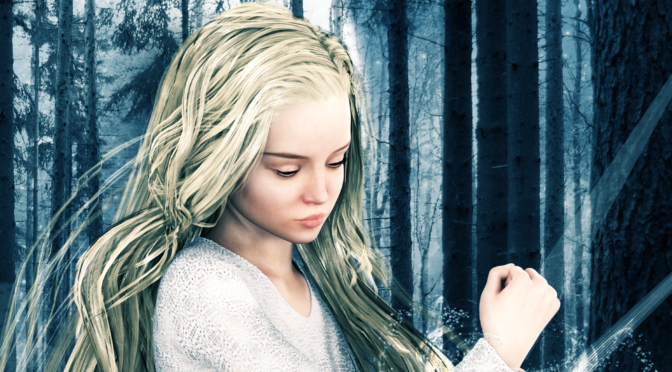 Tellest is kind of in their second phase with the impending release of nine new books, and since we wrapped up our Kickstarter, we’re starting to see some really cool things from people we’ve worked before.  A few weeks ago, we saw that one of our previous author allies was expanding to essentially a radio play, and more recently, another friend of ours came back in a big way with a fiery new cover and refined writing.  We’re so very excited for everyone we’ve had the privilege of working with before!

Jeff Kish is another fantastic author we’ve worked with, but his story is a little different.  Jeff swung for the fences with his book, Diamond Bonds, when he submitted it to the Kindle Scout program.  As many ardent readers undoubtedly know, the luck required to get picked for the Kindle Scout platform is uncanny.  You’d have better chances of winning the lottery—and that’s when you’re not a debut author.

Kish had his work cut out for him, and he delivered an amazing pitch, but it was not meant to be.  Since then, his novel has been refined and opened up to everyone.  Well-reviewed and gorgeously written, we all benefit from Kindle Scout’s loss!

A kidnapped girl. Nations in conflict. Legends of an ancient kingdom. And one amateur thief finds himself at the center of it all.

Era cares only of surpassing his father’s infamy as a master thief – until he stumbles onto a kidnapped girl and promises to return her home. Dreaming of a quick and easy reward, Era and his thieving partner Jem set off to return the girl to her wealthy father. However, when bounty hunters and elemental mercenaries attack to recapture the girl, her claims of ignorance begin to ring hollow. When the girl’s own elemental talents are revealed, Era begins to question what else she may be hiding.

As Era fights off foe after foe with his untrained earth shaping skills, the temptation to simply collect the reward on her head sparks an inner conflict between his moral foundation and the future he has always wanted.

In this first book of the Runics series, Jeff Kish delivers fun characters, escalating stakes, and even a hint of romance as this exhilarating novel introduces readers to the unique and marvelous continent of Castuni. Diamond Bonds, a 4.5* rated YA Fantasy novel, is FREE for a limited time!

We’re happy to see that Kish is still pushing this book, and developing it into a series.  Though Diamond Bonds didn’t get through the Kindle Scout program, we’re all still winners, since Kish followed his passion, and released this book for us.  Best of all?  It’s free through tomorrow!  Be sure to check out Diamond Bonds on Amazon today.  You won’t be disappointed!