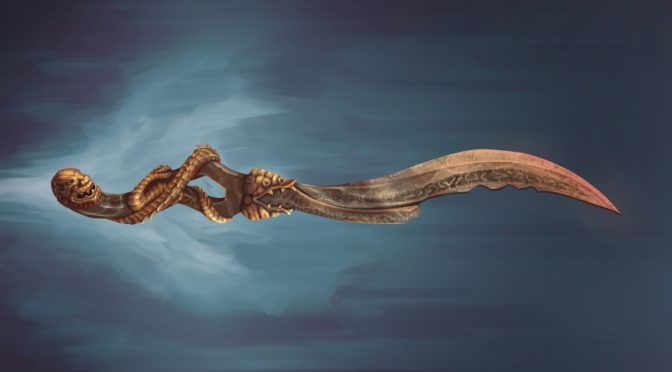 Hello there folks!  I’m sad to say that we’re coming to the end of an era today.  This is the last set of five “grab-bags” we did with Azot for our artifact concept art series.  We’ve seen a lot of cool Tellest stuff, but this brings us to our agreed upon ten.

Let’s not get all melancholy, though.  Instead, we’ll focus on the art.

First off, let’s take a look at Woodchuck, the quiver of endless arrows that is in the hands of our ranger, Steel Tip. 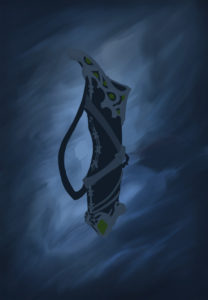 Here, you can see it taking shape.  Azot gave it those nice designs and styles that he’s known for. 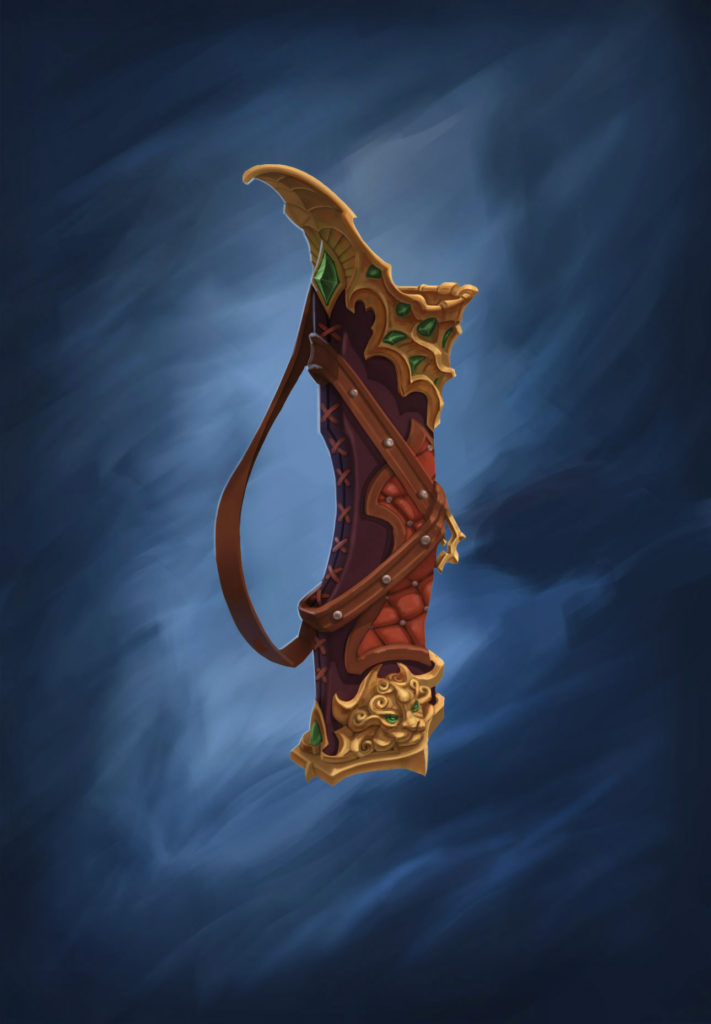 In our final variation, you can see the details even better.  We have an awesome little lion down there as well.  Nobody knows the exact origins of this magical quiver, but we do know that Steel Tip received it for helping the elves of Cefen’adiel during a troublesome encounter with a handful of evil races.

Next, we’ll step over to another one of our young heroes.  Holklund Crescentshire utilizes an awesome sword called Sepulcher’s Claw, which allows him to such the life force out of his foes. 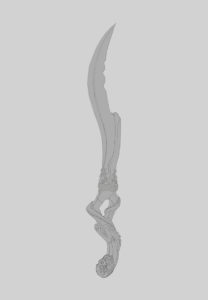 There’s a very eastern feel here, which I really dig.

Now it’s time to confess to something embarrassing.  I thought that I had told Azot that the sword was supposed to be comprised of wood.  The thing was carved out of a tree that was planted atop a man’s grave.  Somehow I didn’t let him know that part of the weapon’s history! 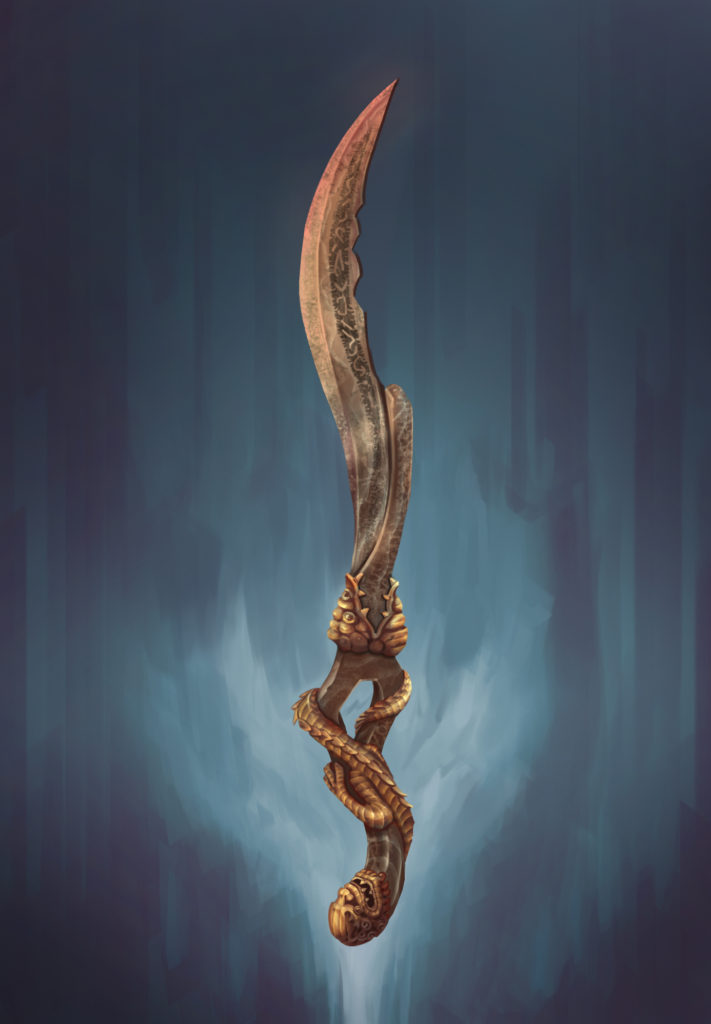 In my opinion, the art was salvaged wonderfully.  A lot of people wouldn’t put much faith in a wooden sword, but Holklund’s Dao is anything but an ordinary wooden sword.

And that about wraps up our set with Azot.  It would be a bit sad, I think…

If it wasn’t for the fact that we’ve slotted up ten more gorgeous pieces of art from him!  We’re so excited to show you phase two of our collaboration with Azot in the next year.  While we’re getting to that, of course, be sure to check out all the other beautiful art coming your way!