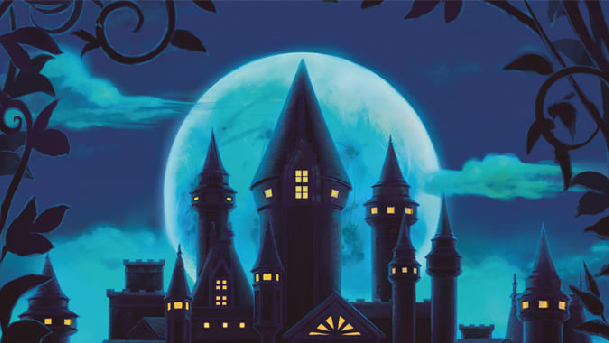 Greetings Otherworld travelers, and welcome to our next stop along our journey.  This week has some serious heavy hitters, and today’s is another one that you’ll want to dive into, especially if you’ve got a soft spot for the boy who lived and other aspiring wizards, witches, and warlocks. Dive in to learn more about a new hero, Allen Storm.

Brimming with mysticism and sorcery, L.A. Hope’s debut fantasy, Allen Storm and the Demon King, is a magic academy tale that readers won’t soon forget.  It’s not just the titular character that fans will fall in love with though.  Hope’s pantheon of characters is entertaining throughout, with some of the magical beings really working their way into the hearts and minds of those that are bound to devour this story.  It helps that the heroes appear as characters that teens and young adults could enjoy the company beside, easily imagining their own time at the mysterious and quirky school for gifted magic users.

For fourteen-year-old Allen Storm, discovering his supernatural abilities and learning he is a warlock should have been exciting! Unfortunately for him, it means imminent doom! Just as Allen starts to find his way in the magical world, it begins to crumble from beneath him.

While attending St. Aldertone’s Academy, strange and horrific things begin to happen. Professor Rugsley is missing, a teenager is murdered, and a bookstore is burglarized! Allen is thrown into the crossfire between other warlocks and magical beings who all seem to want only one thing. More power.

Can Allen uncover all of the hidden secrets, solve the thousand-year-old mystery, and save himself and his friends before it’s too late? Or will the Warlock World crumble against an unknown enemy?

Discover the thrill in L.A. Hope’s latest addition to the Allen Storm Series in this exciting novel Allen Storm and the Demon King. Take a peek inside the world of Allen Storm, where the adventure never ends!

Things start with little twists and turns, but by the end of their time in this initial book, readers will be on the edge of their seat, eager to learn about the next reveal.  Even the end wraps things up well enough for this singular release, but it also alludes to what is coming next for Allen and his friends.  With a total of nine books in the series planned, Hope has his work cut out for him.  However, seeing just how much he enjoys spending time at St. Aldertone’s Academy, alongside Allen Storm and his companions, it’s easy to believe it won’t be too long a wait before the next book is here.  Check out Allen Storm and the Demon King on Amazon today!

One thought on “Fantasy Promo – Allen Storm and the Demon King”