Dark Fantasy is tricky business.  You want to make sure that your work appeals to a large enough audience without scaring them off, and you have to be careful with a lot of different elements to reach that perfect balance.  If just one of those sides of the scale tips too far, you risk making something sinister seem campy, or you make magic seem too whimsical.

Julius Schenk is a new author from Australia who effectively disguises that distinction.  If you read his work, you’ll think that he’s been at this all his life.  Take the Body and Give Me the Rest is the first book in a three part fantasy that Schenk is delivering, and it comes with that aforementioned balance we spoke of.  With authentic characters and interesting scenarios that unfold, Take the Body will most certainly appeal to fans of darker, grittier tales. 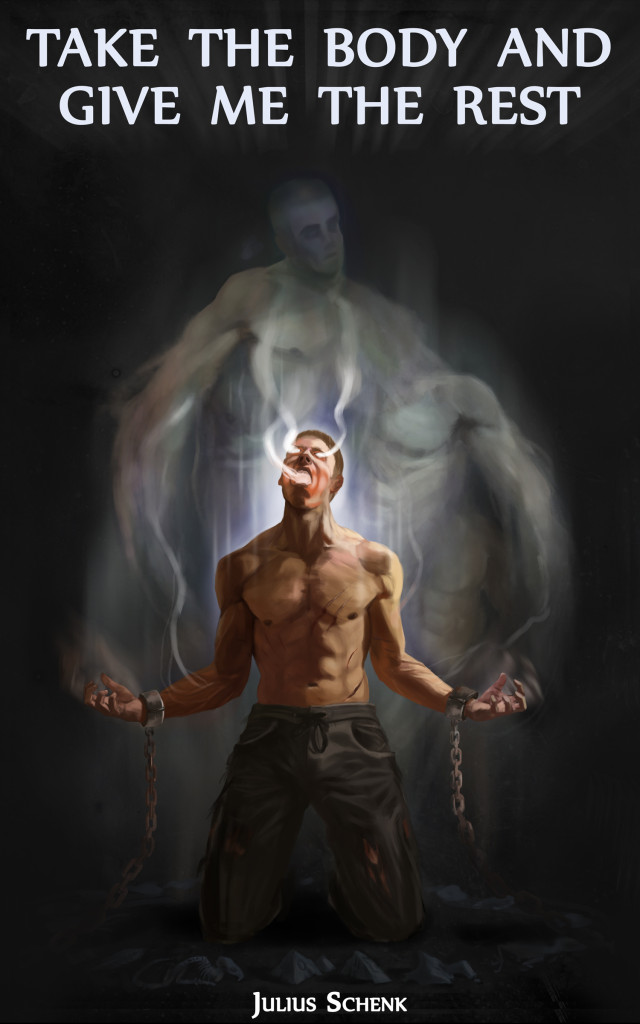 A soldier betrayed and sold into slavery
His reluctant pact with a forgotten god from the realm of the dead
Stolen skills and abilities, brought with the blood and sacrifice of his enemies
A battle to stay true in the face of a growing temptation to kill

Seth stood and watched the nightmare creature as it tore its past master into bloody shreds and tried not to let the gripping fear show on his face. He could feel the man’s life force, his memories, his talents and hard won skills filling his own mind and body, turning him into something much more than the lowly soldier he’d been just mere moments before.

Take The Body and Give me the Rest, is the first novel in the new Dark Fantasy series, by Julius Schenk, a new Australian Fantasy Author.

Schenk is a growing force in the literary world—you can bet on that. With this first book under his belt, it’s a certainty that he’ll only grow as an author and a storyteller, even though this doesn’t seem like his first rodeo.  If you’re interested in picking up Take the Body and Leave Me the Rest, you can purchase it from Amazon.

Like Loading...
|  Tags: Dark Fantasy, Fantasy Promo, Julius Schenk, Otherworld, Promo, Promotions, Take the Body and Give Me the Rest