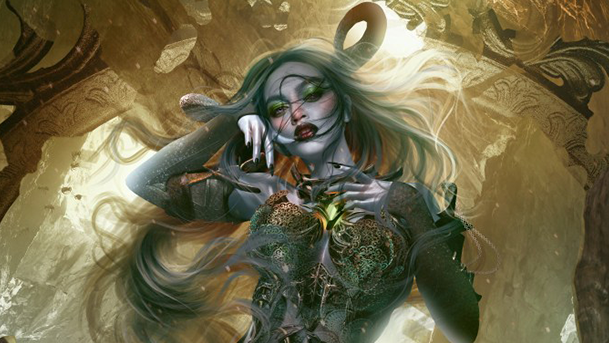 Greetings Otherworld travelers, and welcome to a new and exciting week… The first full week of December!  It’s a magical time, and things are getting impossibly busy, but we’ve always got time for good friends and excellent books.  Today, we’re checking in with Joe Lyon, writer of the Astar’s Blade series, as he’s just dropped his latest, Kilmer’s Ghost.

If The Provenance, the first book in Joe Lyon’s series was about establishing the world of Odessa, and all its lore and mythology, than Kilmer’s Ghost: Astar’s Blade, is about exploring the parameters already set in place to an even greater level.  Lyon digs a deeper foothold into Odessa through the introductions of a slew of new characters, each with interesting backstories, as well as world lore that shapes their lives.  There are great threats that the author unleashes on his world as well, promising chaos in the grand tapestry.  And between it all, there is a cohesive connection in Lyon’s poetry and clever prose.

They say the Sanguine Forest is haunted. Those that go in never come out.

A phantom has made an attachment to one of the children, as a result of an ancient family blessing that has long since turned into a curse. Becoming a chameleon to survive the ravages of war, he ultimately gets closer to his goal of killing the king. Yet when his freedom is threatened by a demon’s possession, his only hope becomes tied to his paranormal friendship with Kilmer’s Ghost.

If you’re a sucker for persistent fantasy worlds, Odessa, and the Astar’s Blade series, is one worth keeping your eye on.  In just two books, Joe Lyon has managed to put together a world that feels more alive than most, as though you’re seeing it stretch and grow from one generation to the next.  And while the events of this book precede The Provenance, they go hand in hand in telling the growing epic.  It won’t be long now before the third book in the series, Temple of Valor, releases.  With that in mind, there’s no better time than now to pick up these first two books.  Check out Kilmer’s Ghost: Astar’s Blade on Amazon today!