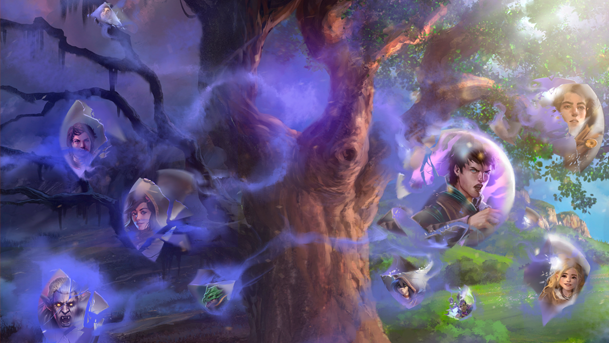 Howdy folks.  It has been over two years since we’ve done a cover reveal, and that means it’s time to make amends!  One of the only book covers that we weren’t really prepared for by the time the 2016 Kickstarter ended was the Tales of Tellest, Volume Two short story collection.  By the time we had enough stories ready to get the cover done, it was hectic as anything getting the time coordinated with Leo to make the cover happen.  So now, we’re giving you a behind the scenes of how we brought the cover to life. 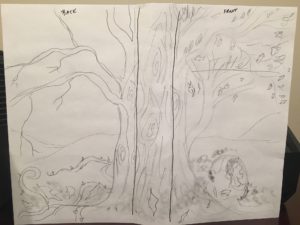 We started with a sketch on our side of things.  Rhianna drew up a version of the piece that ultimately inspired Leo’s finished version. 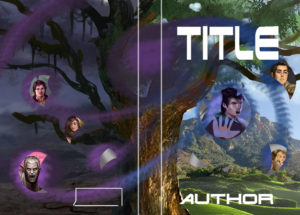 What we wanted to do was show some duplicity in the cover.  Because what Rhys has done is effectively screw up time, we wanted to show the same tree in two different time periods… or perhaps its the same time, but just one version of time has been ruined. 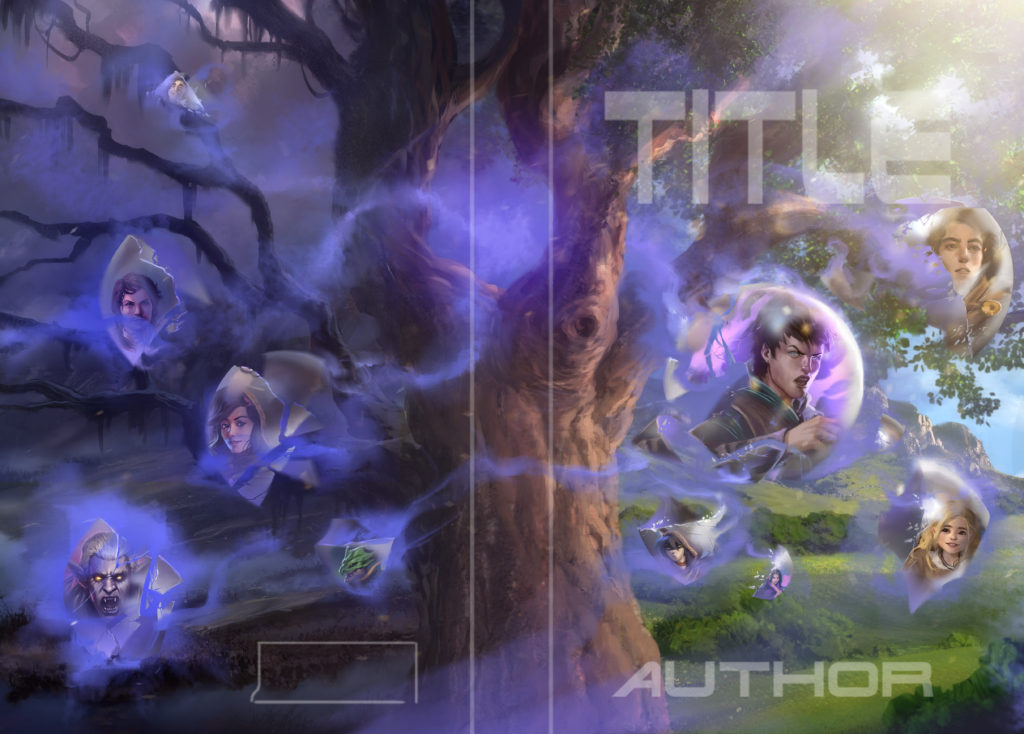 Leo brought it to life in a very interesting way, and as we neared the end, he changed up a lot of old art that we’d received from other artists over the years for the sake of consistency.  The faces in the shards all represent a short story from the anthology.  Rhys, of course, is front and center on the front cover. 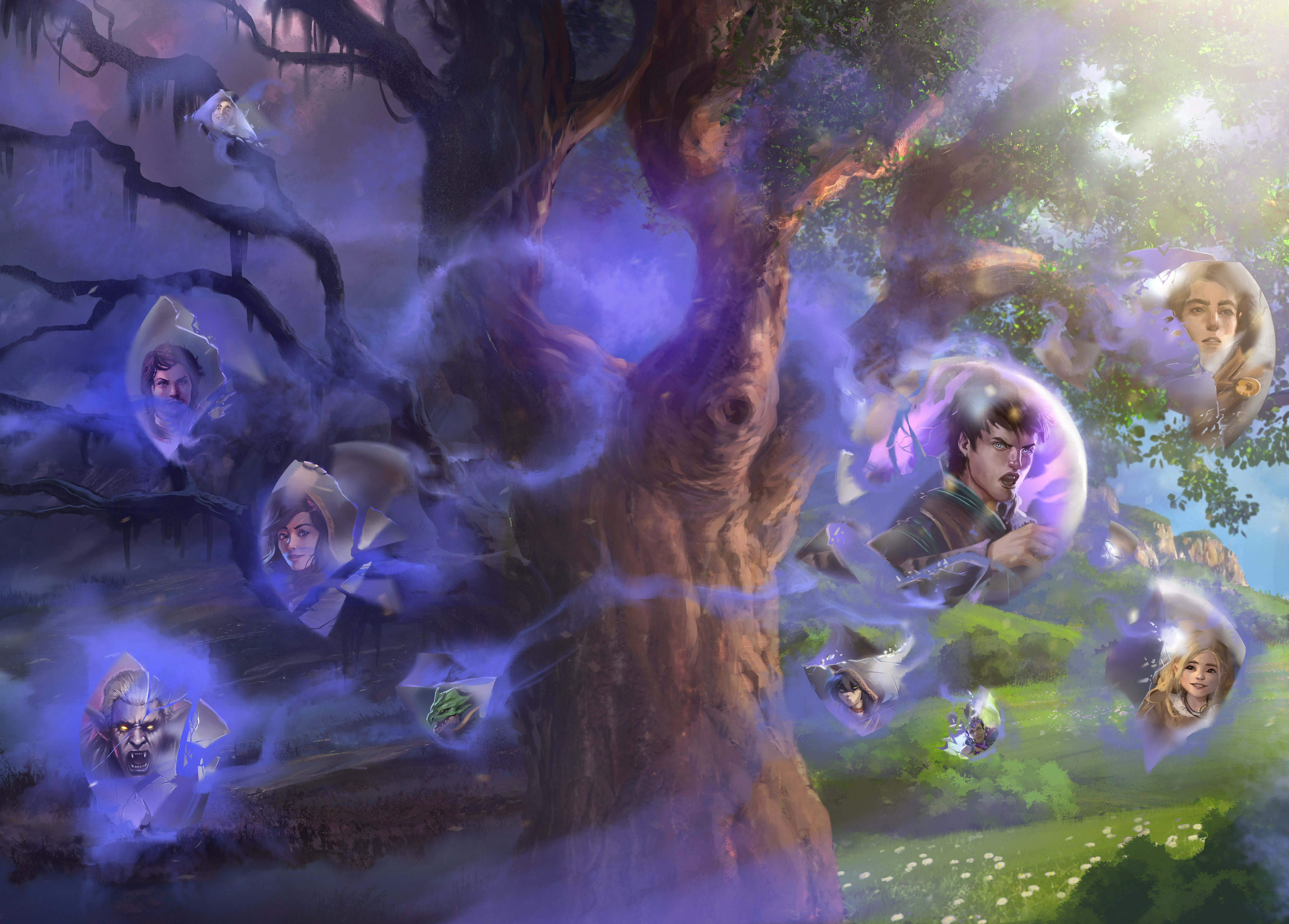 So here’s the final piece.  We changed a few things, like one of the characters on the front, Rhys’s eyebrows, and the technique used to make the background work.  I think I’ve talked about it before, but we absolutely love Leo’s illustrative work, and every now and then we get a smidge more photobashing than ends up working for the sake of consistency.  Now we have a cover that has that Tellest feeling you love!

Hopefully it won’t be too long until our next big book cover project, but we’ll see!