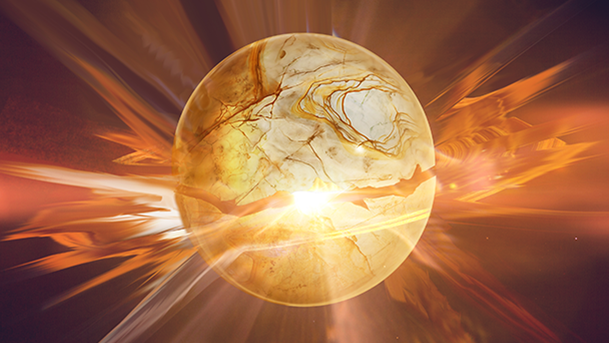 Hey there!  While I have shown off plenty of incredibly rare and unique relics, that’s not always the way that treasures are in Tellest.  There are a lot of magic items that would have different iterations of the same application.  Case in point, today’s treasure, a Sunstone.  While it’s very possible that the one I’ve worked on, which you’ll see in the upcoming Quantum Quest Novelization, is of a higher caliber, Sunstones are slightly more common than your magic weapons and armor, and that sort of thing.  Torches do their jobs fairly well, but if you need something to brighten an area like nothing else, you’re going to want a sunstone!

So, here’s the original piece that Azot finished for us.  I had described it as a pale version of the smoke marble that Luca Kreegan has, but instead of sending out smoke, this one sends out light.  Now, in all honestly, the way it looks probably would have been okay here.  It sort of looks like a supernova or the planet Saturn.  I’m just finnicky when it comes to things like this! 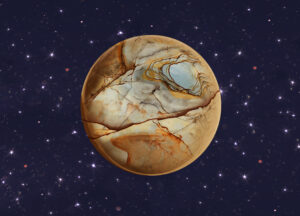 Here’s a version that’s inactive, also kind of looking like a planet here, with stars in the background.  Sunstones vary in their efficacy in the Tellest universe as well.  You might have someone who has a sunstone or a small collection that are one-and-dones.  Once you use it, it ends up being just this otherwise mundane stone.  It could still look nice, and might even be able to go back to a wizard who could recharge it, but it isn’t like the rarer ones that recharge on their own by pulling magic from the aether into them. 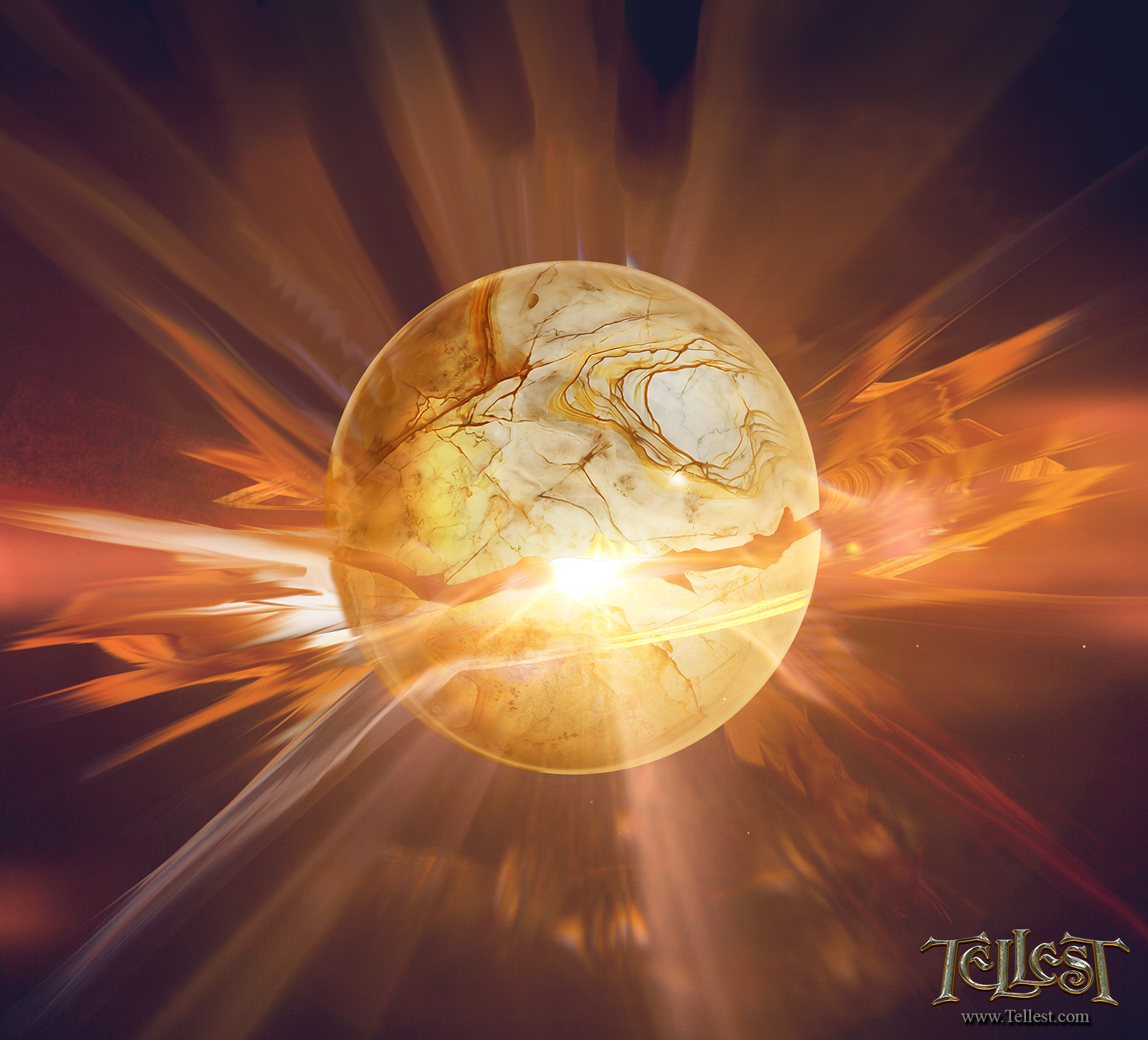 And here we go.  This is the one that we ultimately ended up going with.  You can see there are still little elements of the original supernova, but this felt a little more broken and scattered, which is how I would imagine the one that Garreth Quarl would end up having.  Also, a little side note: some of these would be a cleric’s best friend, especially those dealing with undead.  Just something to consider!

I’ve still got a ton of artifacts left to show off from this next set.  Hang tight, as the next one will be here before you know it!