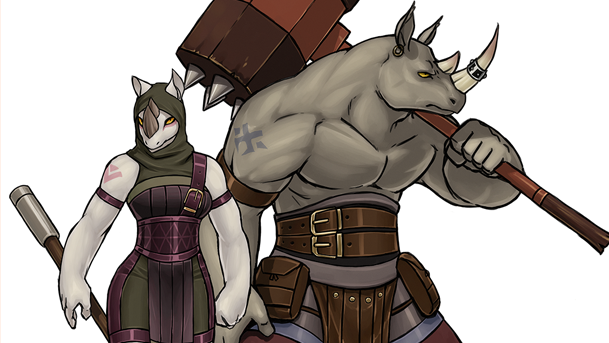 Hey folks!  We’re doing a pretty good job of showing you new concepts this year, with more on the horizon, and a big one from Paul Davies just behind us.  But it’s time to look at more of Luigiix’s work, since it’s been so long since we showed one of our collaborations with him.  Today, we’re showing you the first ever art (that’s not from Quantum Quest) that depicts Tellest’s rhinotaurs.  The even better news?  You get to see both genders!

Let’s start off with the female rhinotaur this time around. 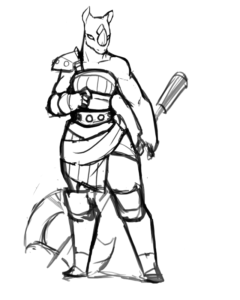 We started off with a nice little sketch.  Rhinotaurs of both gender are typically pretty strong, so that hefty weapon would be like child’s play for our lady here. 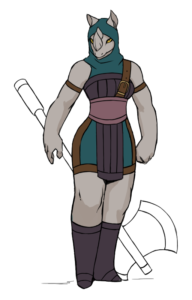 After that, Luigiix added some clothing to her that made her look a little more civilized.  The typical rhinotaur is a little daft, mostly because they don’t have a lot of social interaction.  This female rhinotaur looks like she’s a little better off than most, so there’s a good chance she comes from a bigger town filled with others of her own race. 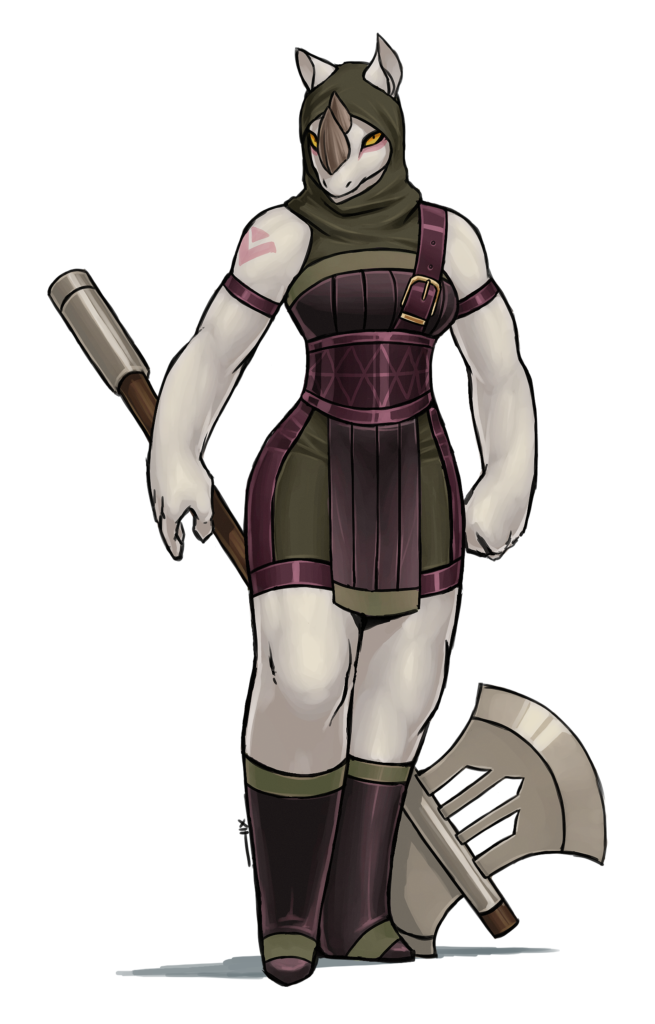 Here you can see the complete version of the character.  I’m a big fan of the color choices Luigiix made, and I like the cool tattoo/brand she has on her arm.  The little flourishes in her outfit and on the axe are pretty awesome too.

Moving on to the male rhinotaur… 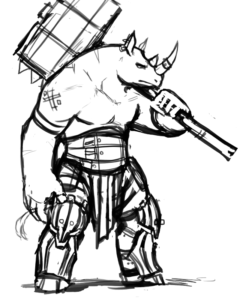 Our initial sketch here shows that the rhinotaur male is a pretty hulking specimen.  He might be a little less socialized, but he makes up for it with an even bigger weapon! 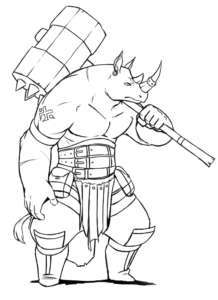 The line art cleans up the rhinotaur a little bit, and gives his weapon a more three dimensional feel.  This looks like it’d be fun to color! 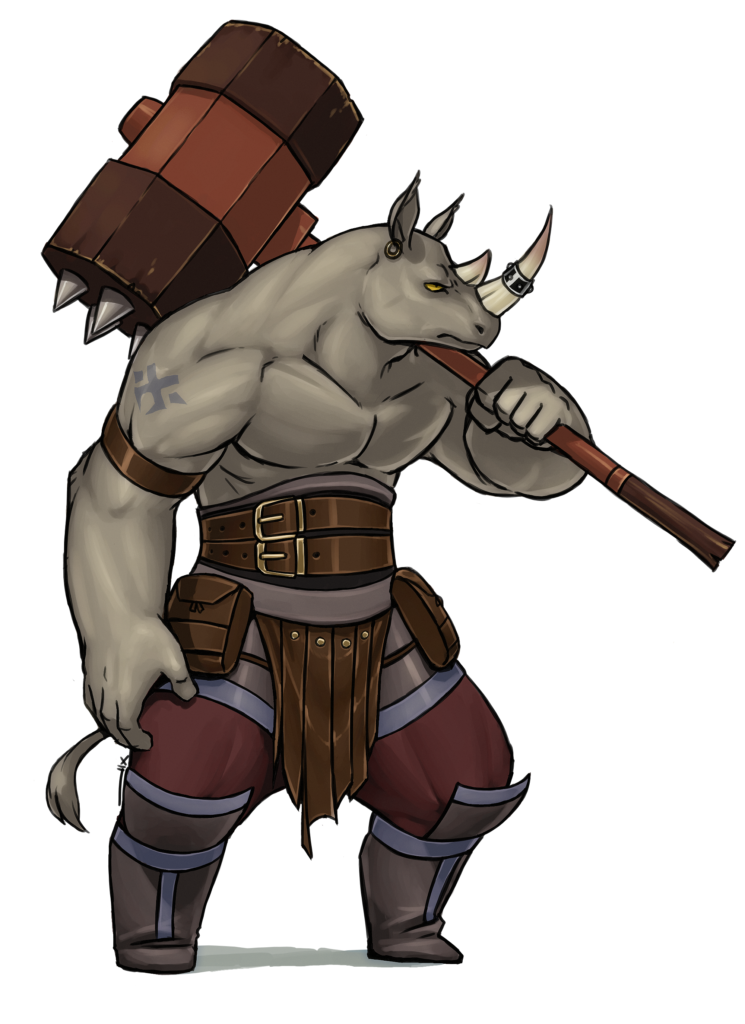 Turns out, it does look pretty cool all colored up!  Luigiix made this one look just as cool as the other one.  Again, I really like the outfit and the weapon, and the brand on his shoulder as well.

Finally, here you can see them both together.  Luigiix always impresses, and I’m very happy with the work he did on these!  Stay tuned in the next couple of weeks for another of his concepts!