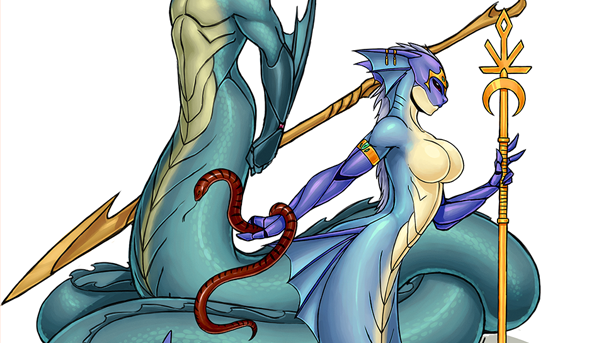 Howdy folks! It’s time to look at another piece of concept art, this time once again from Luigiix. This time around, we’re looking at the naga, a race that featured in Lord of Thunder, though these ones are pretty distinct from the sub-race that we saw there.  You’ll see what I mean shortly, I think.

Starting with the male, you can already see certain things that weren’t written into my book.  I definitely am okay with this though… Tellest is a huge world, after all, and variety makes the world that much more interesting.  These naga are definitely more aquatic than the ones introduced in Lord of Thunder.  The gills, the face, and the fins on the head all kind of give them an ocean-y kind of feel.

Now that we have a color scheme overlaid as well, it lends credence to the idea of them being aquatic even more. The mountain/snow naga from Lord of Thunder were kind of half and half: Their top half was definitely more human in appearance, while their bottom was more snakelike. This naga here looks almost all the way through snake or eel-like. Definitely two different paths of evolution.

A little bit more color and shading really brings our male naga to life.  I feel like those wrist guards probably pack a mean punch, and the fins on his elbows make for a good weapon if loses hold of his spear.  Plus, can you imagine getting whipped by that tail? 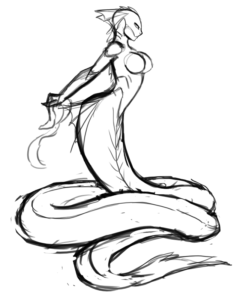 Moving onto the female, you can see she too has the fins that kind of makes her appear more aquatic.  Her weapon isn’t present here, but she is holding onto a small serpent here. 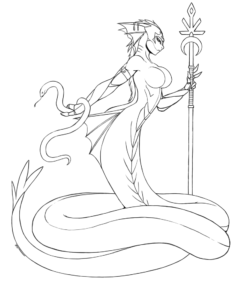 The line art does a better job of showing you the character. She’s got some real presence—she would definitely catch your attention, I’m sure you’d agree.  Luigi changed the orientation of the tail a little bit, and gave her a nice priestess staff, as well as adding some jewelry to her repertoire. 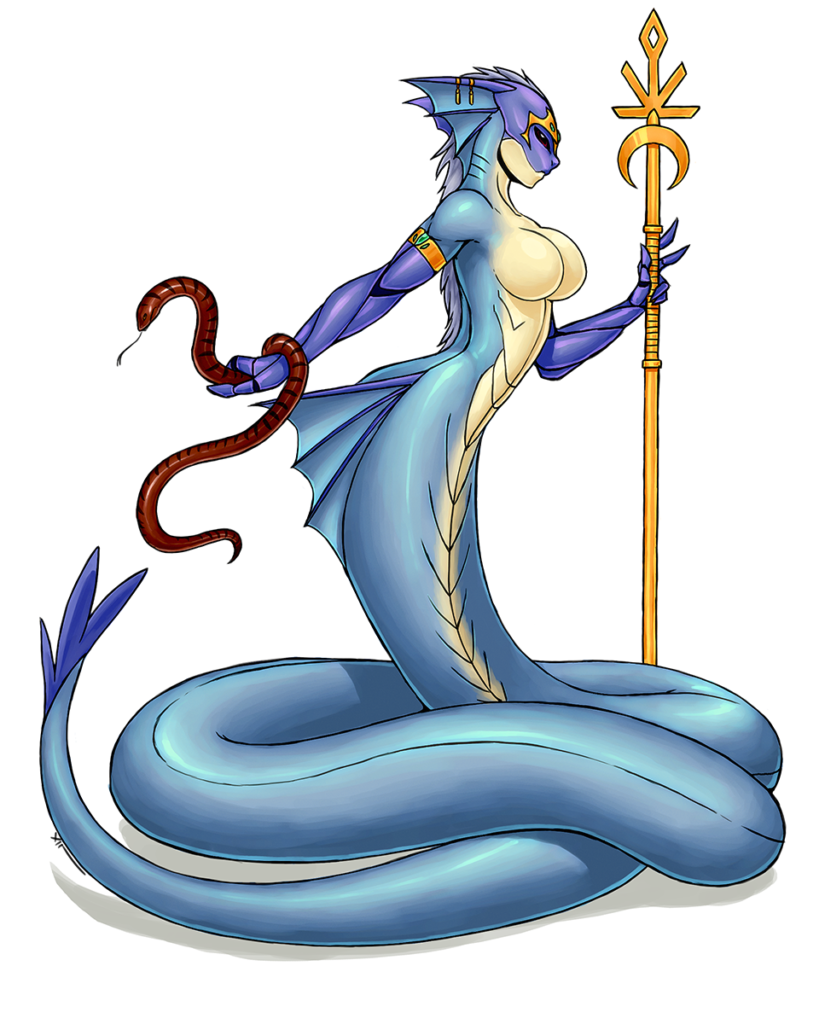 Just as with the male, the color and shading adds a whole new level of character to the piece.  I like to think of the darker purple as armor, and you might not notice it at first, but she also has hair running down behind her shoulders.  Pretty interesting!

Here you’ll see both of our naga together.  This was the last race concept that we commissioned Luigiix for in quite a while, but we’re going to begin on another collaboration very soon.  Keep your eyes peeled!