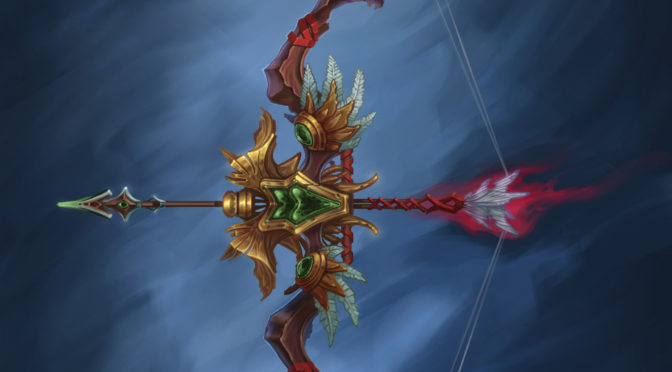 Moving right along, folks!  We’re back in the groove, and that means showing off some awesome artwork.

Over the past few months, we’ve been lucky enough to show off some gorgeous art by a new concept artist, Azot.  Well, he’s not so new anymore, and it looks like he’s sticking around for a while!

We’ve shown gloves and pendants and things of that nature, but we’re getting into some pretty cool stuff today. 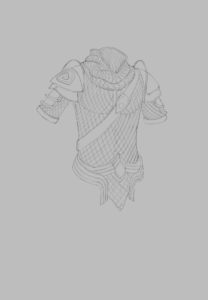 First up, we have Azot’s interpretation of the Wispmail.  This armor, worn by Kaos Kreegan, looks like a typical set of chain or ring mail, but it’s enchanted to let the wearer feel as though they’re simply wearing cloth. 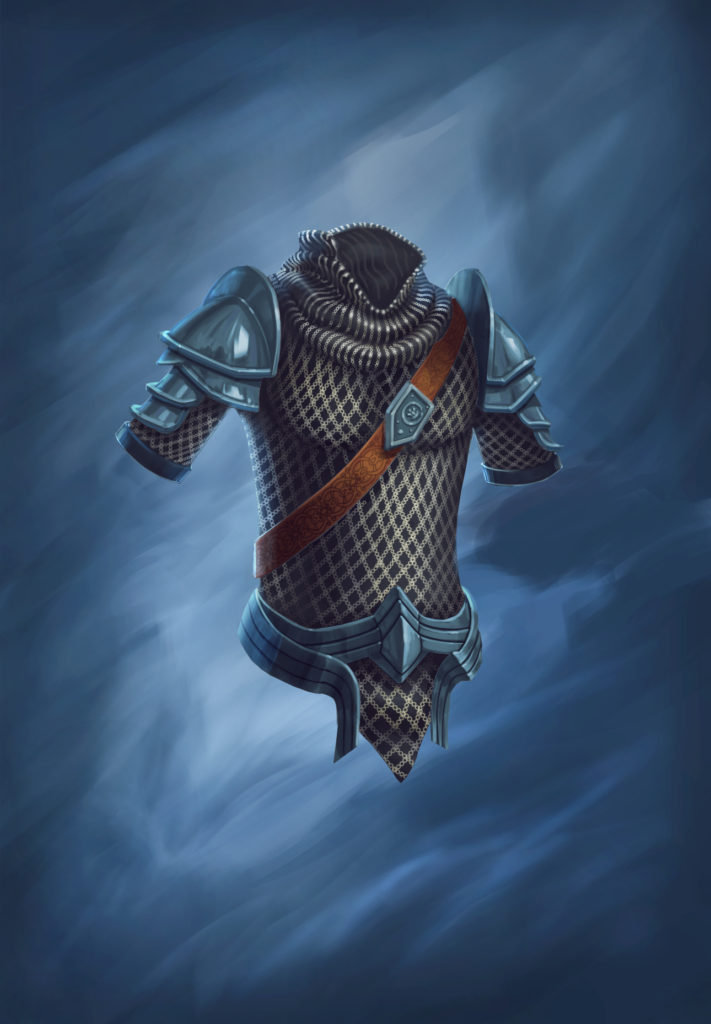 Azot made the think look gorgeous on all accounts, and I’d be very happy to see some art with Kaos in an outfit like this later!

But who is Kaos without his trusty sidekick Steel Tip?  The ranger from Ippius came to Draconis looking for an item that was meant to prove his lineage—a magical sword called the Spectrum. 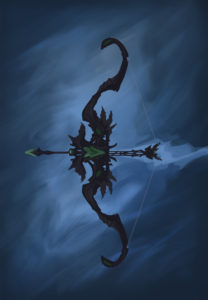 What he found, however, was a bow of the same name.  Above, you can see Azot’s version of the weapon as its taking shape. 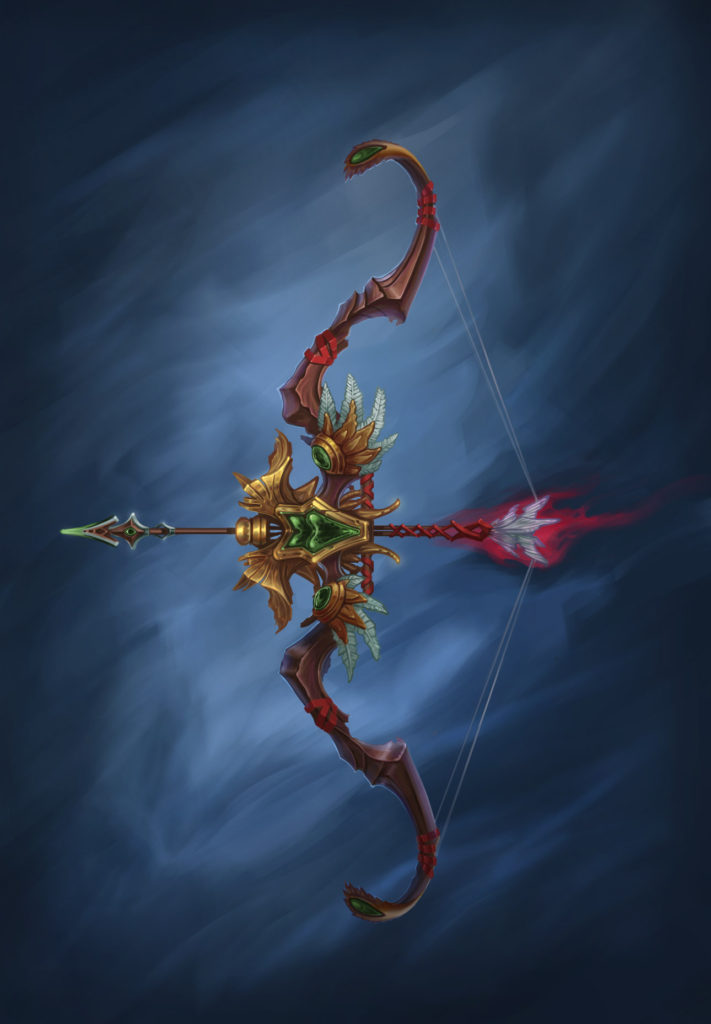 The Spectrum is notable for the way it enchants the projectiles that are fired from it.  A magical trail of color makes it look like streaks in the sky, which the ranger is able to use to illuminate the darkness, and to send signals to his allies.

This wraps up the fourth set of items from Azot.  We have one last batch from our initial collaboration, so be sure to come back here on Wednesdays, when we feature our gorgeous art!