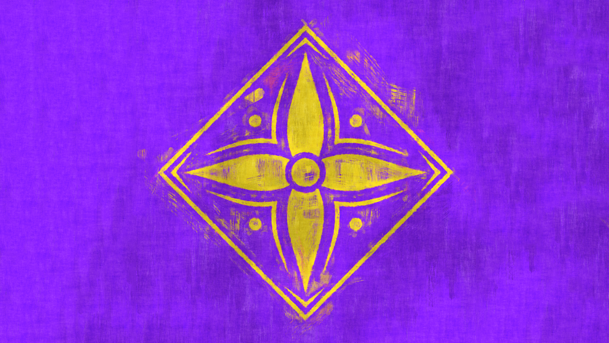 Hello there Tellest fans.  We’re into our third entry in a six-long series of city sigils, brought to us by the awesome Francois Jooste.  We’ve already shown you the sigils of two entities, which we spent a lot of time with in the first trilogy way back from 2011.  Now we’re moving forward to the first novella and its subsequent sequels. 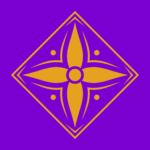 Forsynthia is the youngest city or group among the groups that have these sigils.  Forsynthia wasn’t even officially founded as a city until the events of Transformed, so it’s interesting to see them grow like this.  Their sigil is a golden flower on a purple background.  As with the previous sigils, we’ve got more to show off.

Here we see the design embossed in a metallic material, atop a flowing flag. 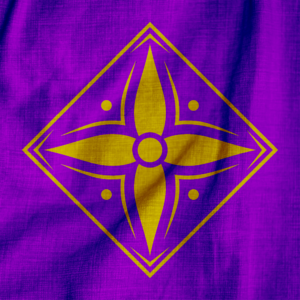 Moving on, we get another canvas material, but this one doesn’t have that metallic sheen to it. 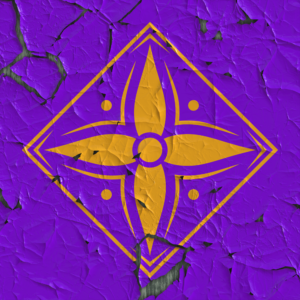 Next up we have the chipped paint or tile that I like to imagine is inside some kind of administrative building in the city.  Perhaps there’s somewhere that people meet for counsel, or something of that nature. 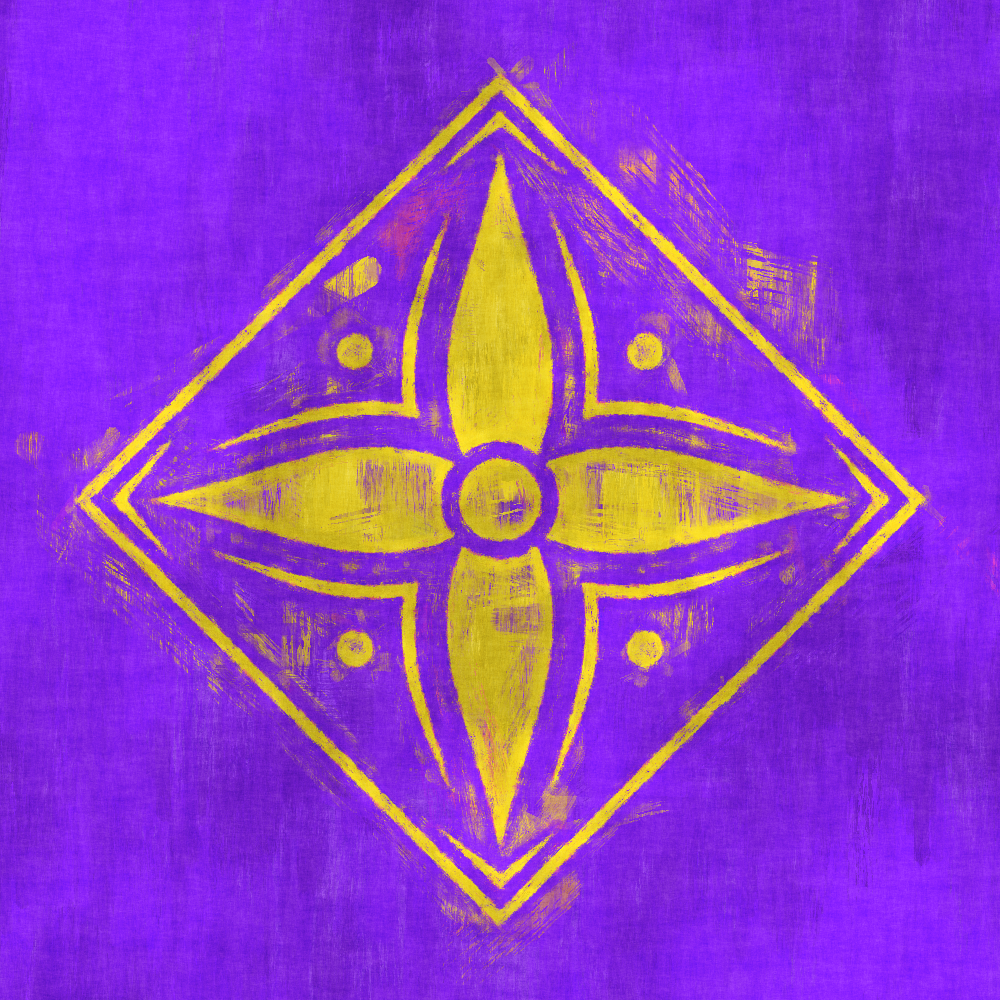 Of course, then we come to my favorite style among all these.  I don’t know what it is about these painted sigils, but they just feel more true to the time and the setting for Tellest.

Bonus: Of course, I’ve got another phone-sized image of Forsynthia’s sigil, in case you really, really like it! 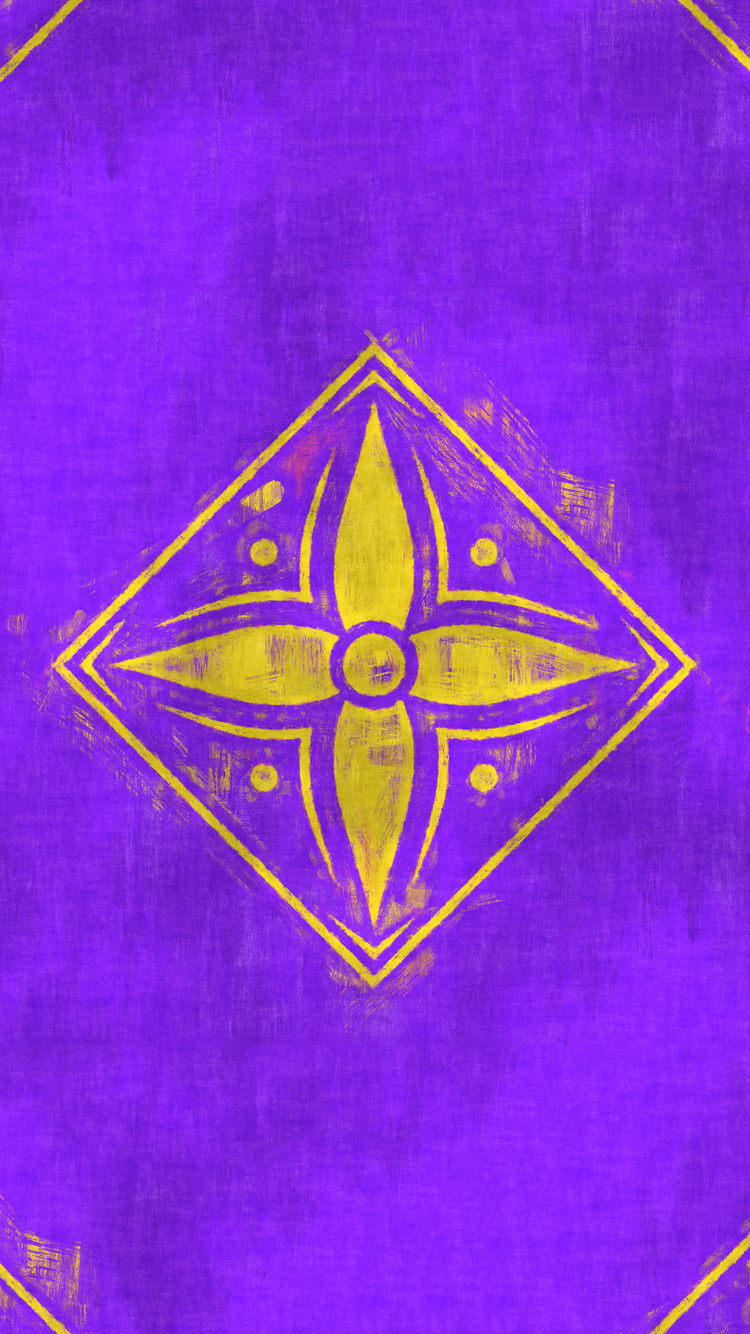 Check back in a couple weeks when we show off the sigil of Argos!