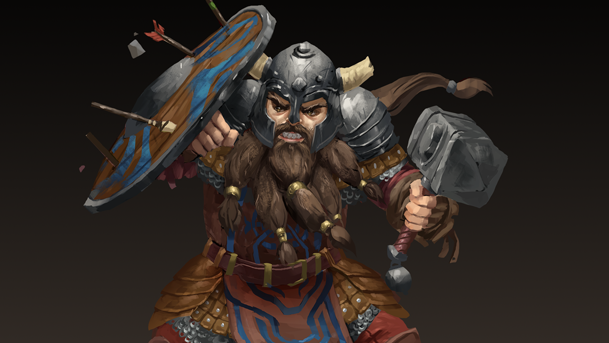 Hey there folks! It’s time we take a look at another Quantum Quest character, brought to you by the awesome talent of Hozure. The game has been out for a little while now, and it’s time we show off some of our favorites in our artist’s awesome style.

Today we’re looking at Vaulen Lightfoot, arguably one of the most popular characters from Quantum Quest, seeing as he’s a boxart character and he was the main character in the little skit we did in the beginning of the Kickstarter video.  As always, Hozure gave us a few poses to choose from. 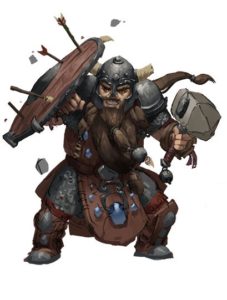 We ended up going with a version of the character that showed him in the middle of what he’s good at.  Vaulen is a battlin’ fiend, and sometimes that means getting into the thick of it before he knows what’s good for him.  Lucky for him he has his trusty shield and hammer. 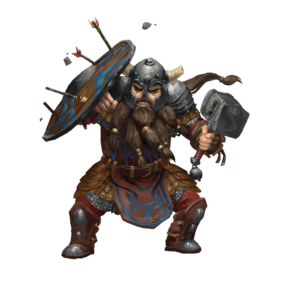 Hozure cleaned it up a bit for the finished piece.  Certain design elements changed, but I like the blue kind of runic look he has on his equipment. 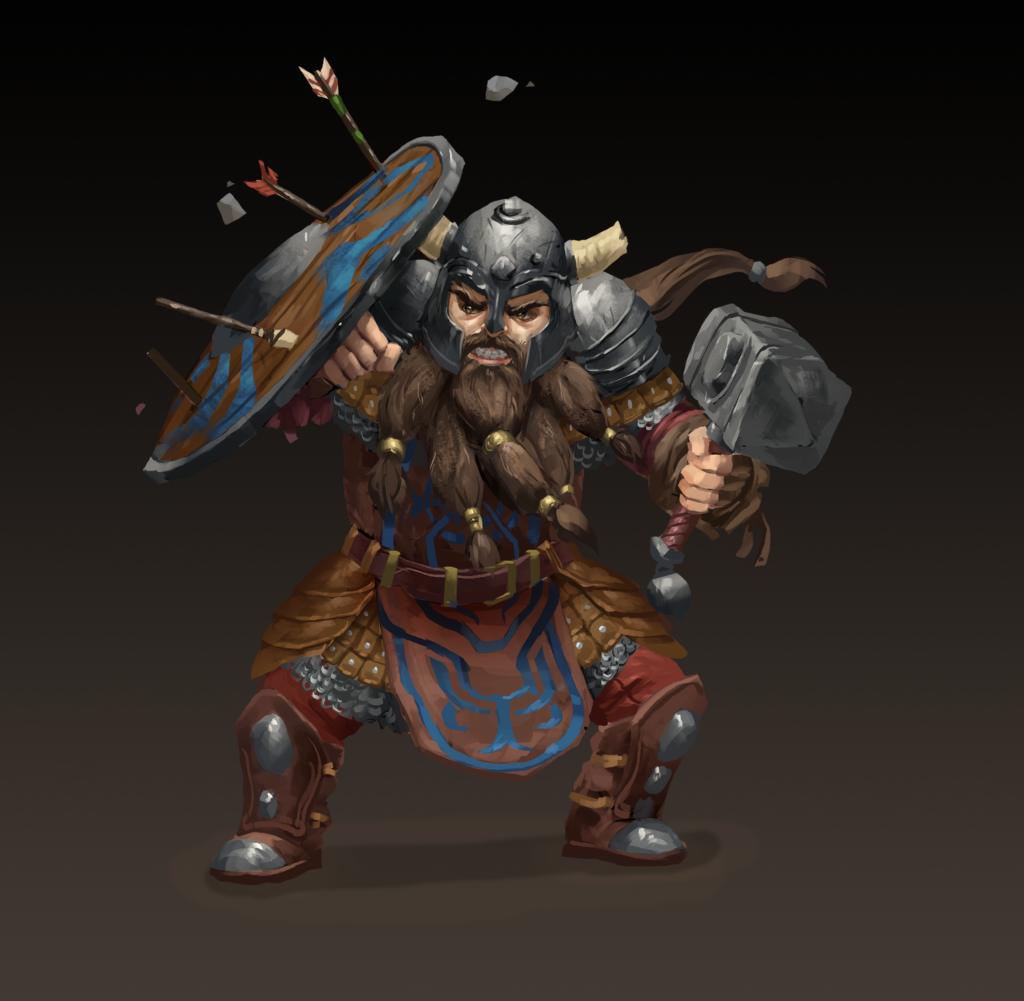 And that’ll about wrap us up!  Stay tuned in the next few weeks when we show off yet another Quantum Quester!