Well howdy!  If you’re checking out this post, you’re looking at the art for the third character for a group of characters that I’m getting more and more eager to introduce officially to the world.  I’m still waiting for the right time, and for everything to be prepared as it needs to be.  But, in the meantime, it’s a great chance to get used to these characters on their own.  Who knows, maybe they’ll even have a chance to shine in some short story lead-ins.  Anyway, prepare to meet Udo. 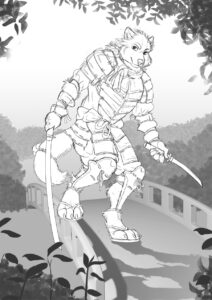 Udo is a kobold from Numasa who looks a bit like a racoon dog, or Tanuki.  He swears up and down that he’s not, but his power seems to suggest otherwise.  You see, Udo has luck on his side.  Or at least that’s how other people see it.  If a rain of arrows were to fall on the battlefield, Udo would know just where to stand to avoid being hit.  If he was standing in a corridor, and knew he couldn’t run from an oncoming spear, he would know just where to strike with his katana to shred the weapon in two.

Udo uses his power for good, and has become a sellsword for merchant caravans, or troubled villages who are dealing with pirates or bandits.  He’s made a bit of a name for himself, and if some ne’er-do-wells find out he’s on the opposing side of a fight, that’s often enough to have them aborting their nefarious plans. 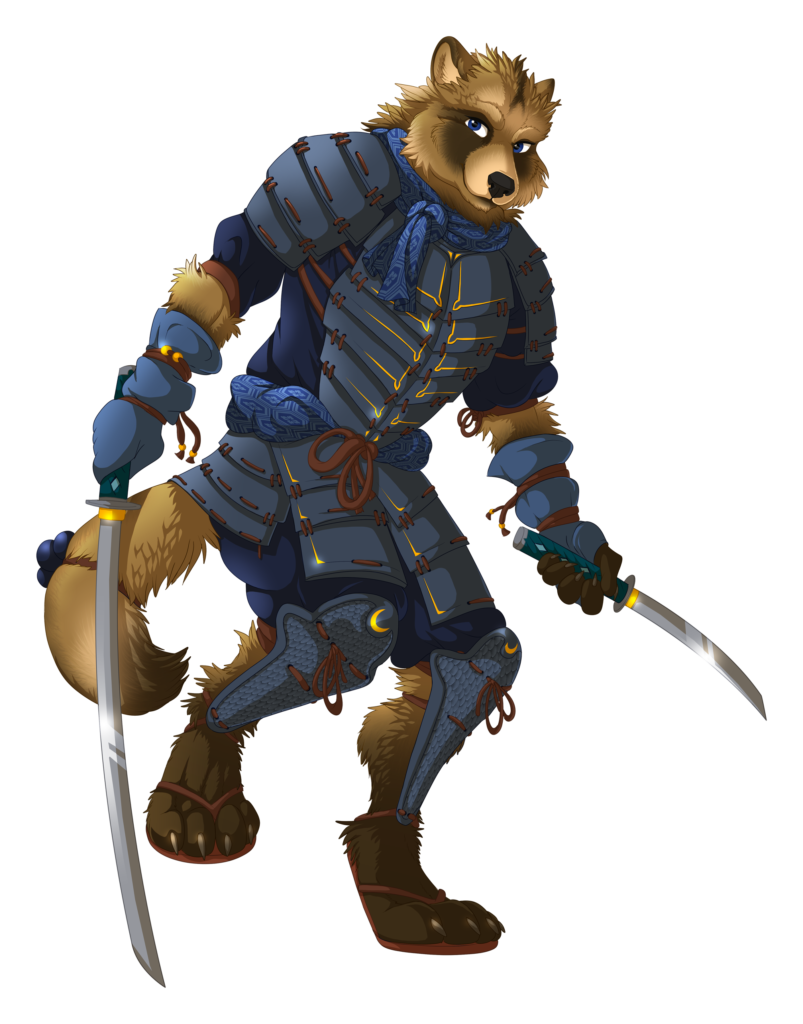 Udo was brought to life here by the same artist who worked on another member of his team, Kazuri, the wind-blade summoning avarian.  LizKay put her spin on both of these characters, and they ended up looking so vibrant and expressive and fun.

Together with Shiro, they make up 3/5ths of an interesting group of heroes from a place not often seen in the Tellest universe yet, but we’re hoping to see more of it. 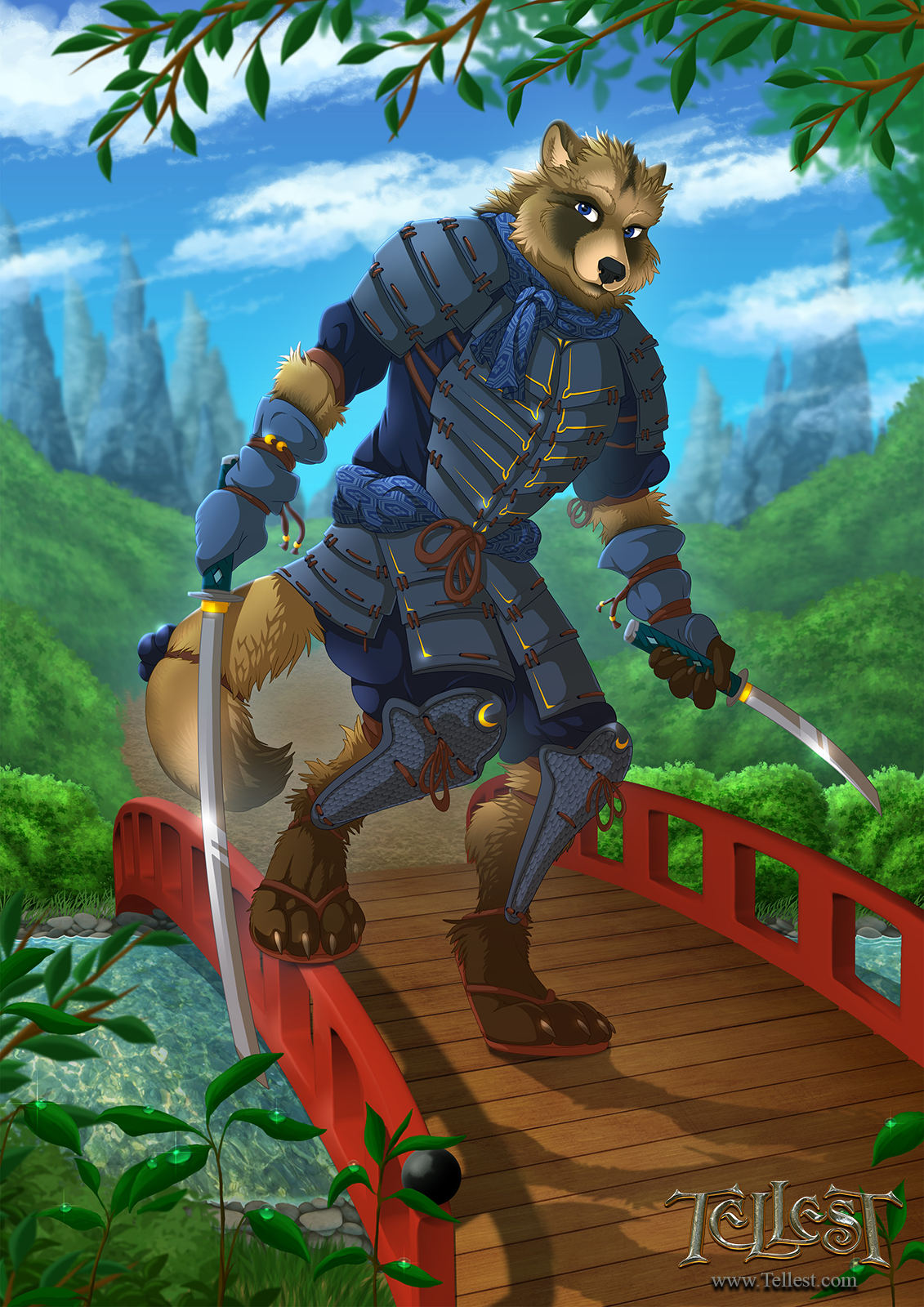 Here is your final look at Udo for today.  I’m excited to cross the halfway mark of introductions to this team.  We’ve still got one more featured member that needs to be drawn up, and then the fifth and final member may not show up until the first sight of their group project.  But it’s fun to think about either way.