Hey there folks!  Last big art update before the upcoming Kickstarter coming at you today.  And I can say, this is one of my favorites.

We’re back working with RedPear, and she has delivered one of the coolest character portraits we’ve had so far.

In As Darkness Falls, one of the newly introduced characters is Retrus O’Ryan, the brother of an aggressive, almost maniacal fellow who wants nothing more than to appear to be a hero to those around him.  Retrus is a little more reserved… even though he’s seen some hard times.  Now, he only sees half as well. 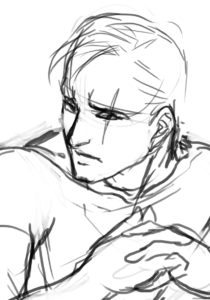 The first thing we had to do was settle on the sketch we wanted to move forward with.  These first two were the ones we passed on, though I really liked that second one. 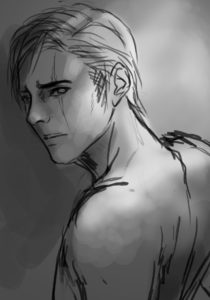 This was the one we ultimately went with.  Again, Retrus begins as a more introspective, calm and collected character.  He’s supposed to be a foil almost in some regards to Schirner.  Whereas the barbarian is quick to anger, and couldn’t care less about his brother, Retrus is devoted to his brother, but smart and cool enough to know when something isn’t what it seems. 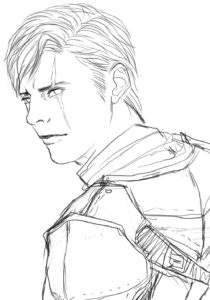 Retrus goes on to become an integral part of the third book in the trilogy, because he ends up getting his hands on the mystical gauntlet, Azaros. 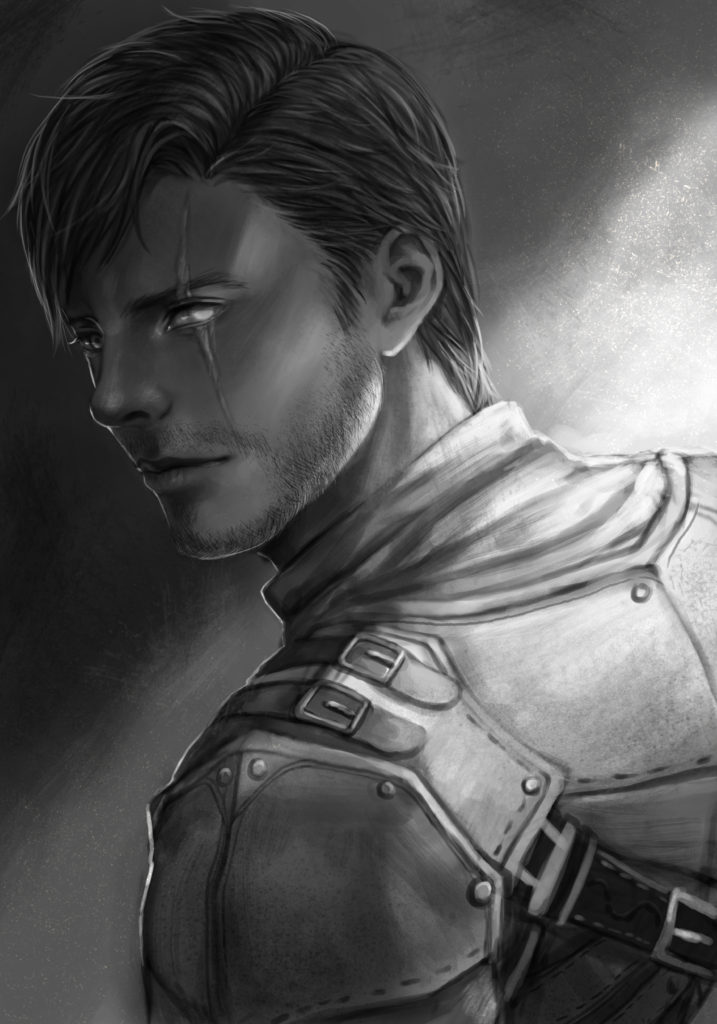 What happens from there is anyone’s guess though… unless you read the massive book that is The Enemy Within!

Here we have our final look at Retrus O’Ryan for this feature.  You can see most clearly here the scar that Retrus bears.  He wears no patch because he likes using his wound to intimidate his enemies.

That’ll about do it for this week’s art feature.  We’re going to have a whole bunch of art coming at you in the next month.  We’ll still have art features here on Wednesday, but there’s going to be a lot of content up on the Kickstarter every day starting on Monday.  This will be the most overloaded content month for Tellest ever!