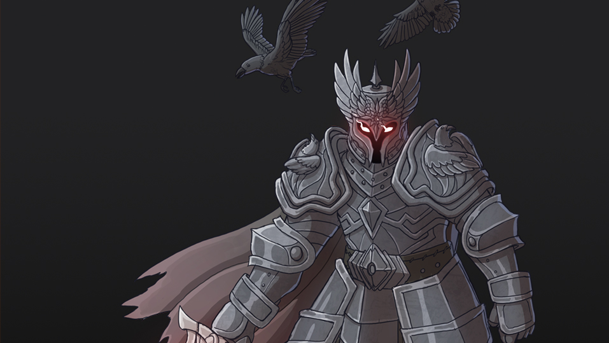 Hello there!  We’ve got a cool treat for you today.  As you may know, the last quarter of this year (and really, the year in general) has been spent trying out a lot of new artists.  Our latest one has his own webcomic, Marblegate, that piqued my interest, and when his commissions opened up, I was quick to jump on the chance to work with him.  When I asked Brett Neufeld who within the Tellest roster he wanted to work on, his first choice was Pendrich of Arex.  So let’s dive right in! 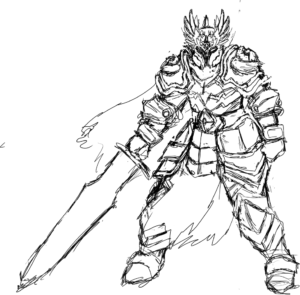 We’ll start things off with a sketch.  Brett really wanted to tackle a character with some armor, and you can see why already.  Pendrich’s design is completely ingrained with heavy armor, and an awesome raven-winged helmet.  This time around, we’re showing off Pendrich’s skill with a greatsword as well. 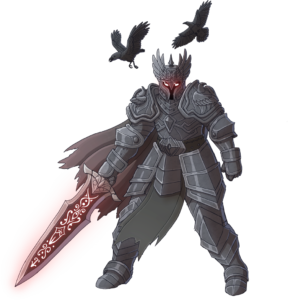 Once we add the color, Pendrich pops even more.  You can see that Brett included some awesome runes to the greatsword, and gave Pendrich a couple of raven companions… Nice little reminders of his earned namesake. 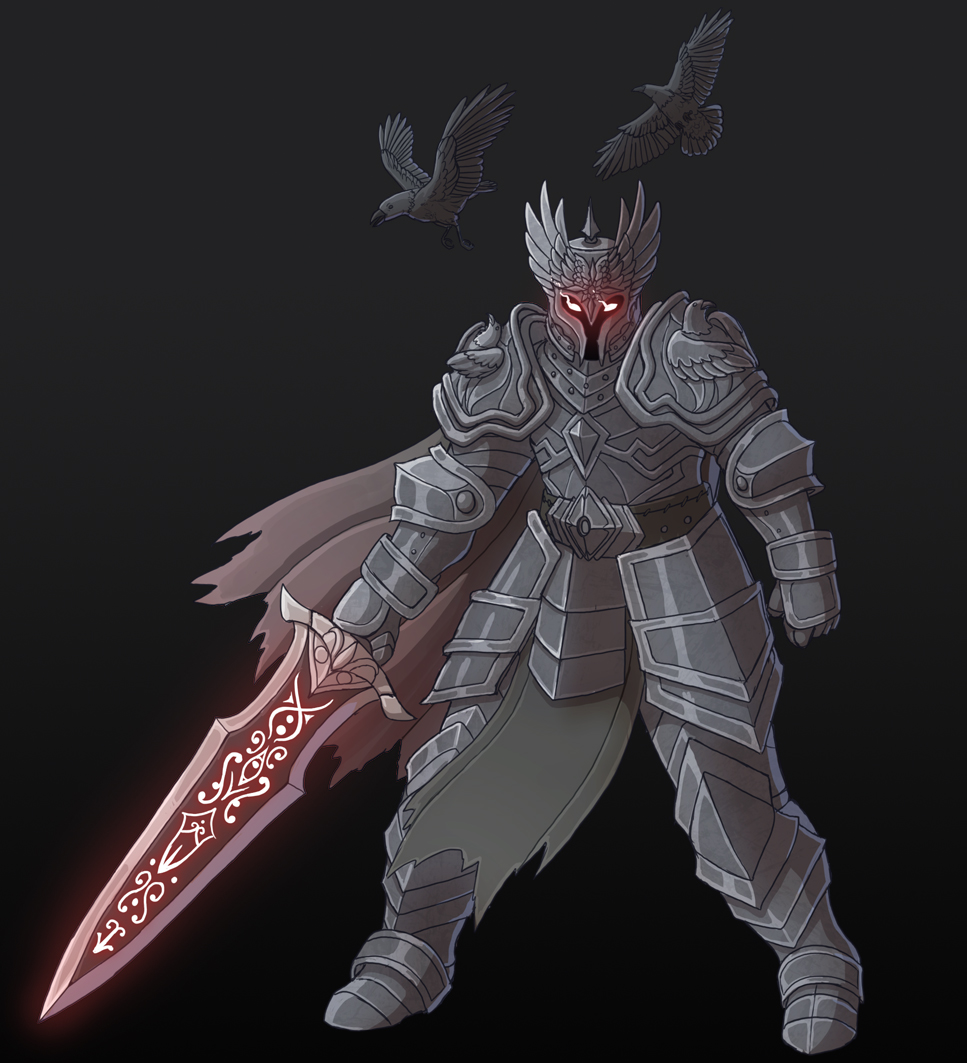 We put Pendrich on a black background because it makes him pop, and also because of his special ability.  If you’ll recall, Pendrich can summon globes of darkness that he uses to engulf his enemies.  His glowing eyes beneath his helmet are testament to this as well, providing him infravision to see his foes even within the pitch black.

Thanks to Brett for giving us a new, cool look at this character!  We’re looking forward to an opportunity to work with him again in the future!