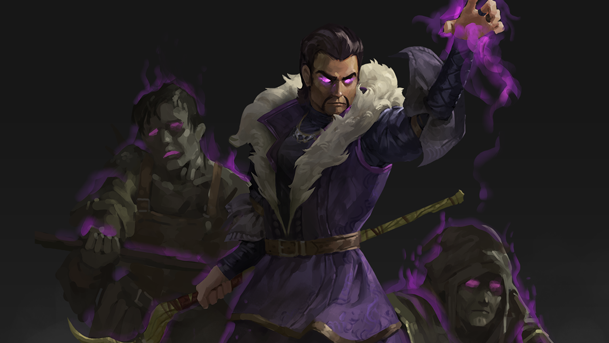 Necromancers, huh?  Typically considered pretty evil.  So much so that I used one as the lead villain in my debut release, The Bindings of Fate.  There’s something about the undead that we find particularly unsettling, and that made Juramentado a pretty fun bad guy to play with.

We finally have some new art of Juramentado, this time from Hozure.  Read on to see what he did with this awesome character.

We started off with a collection of poses.  Which one would you have picked? 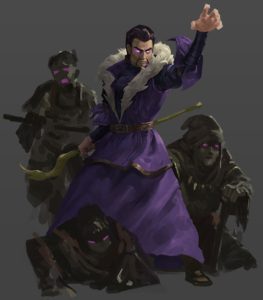 Yeah, well we picked this one.  This is probably one of the more robust pieces that we did with Hozure, thanks to the inclusion of the undead that Juramentado is raising from the ground. 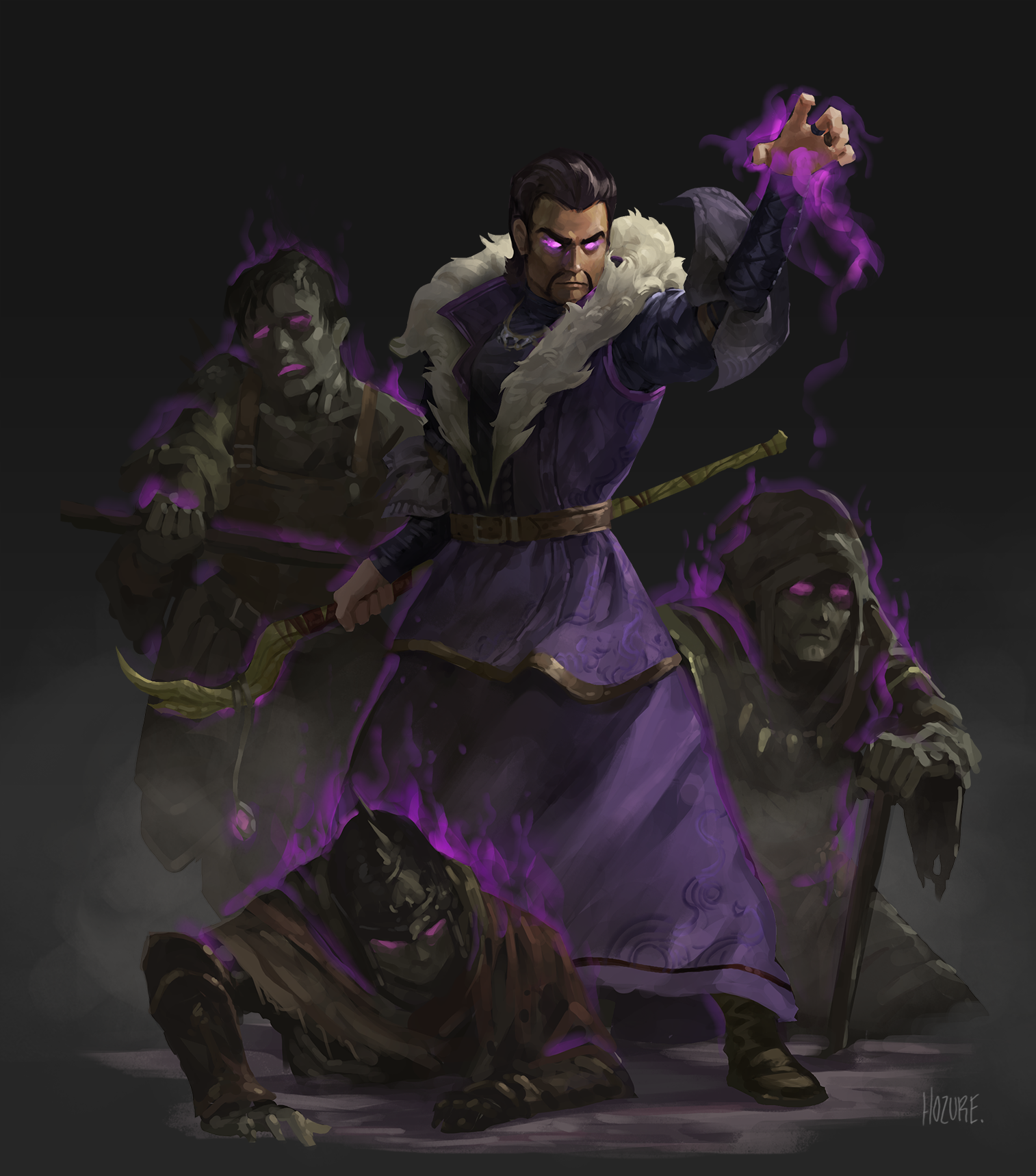 Everything is made better with a little magic.  It was cool to see Juramentado like this—great job Hozure!

And who knows, maybe this isn’t the last we’ve seen of this necromancer…