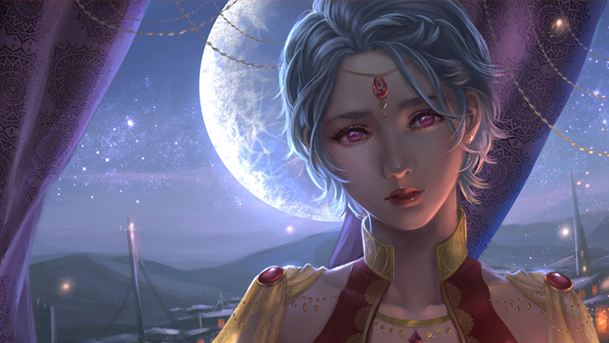 Hey folks!  I have a brand new character to show off today from an old book.  Iris was a one-off character that had some history with Kaos and developed a relationship with Christopher that petered out.  She was interesting, but I couldn’t fit her into the grander tapestry of Tellest.  Maybe soon I’ll be able to change that.  For now, let’s look at how Red Pear brought Iris to life! 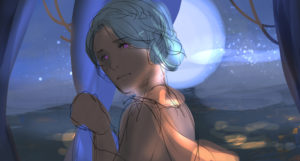 We ended up passing on this sketch.  She’s demure and doesn’t appear to have any powers when her story played out, but I didn’t want her to seem too passive.

This variant of the character and the pose seemed to get our point across a little more.  It also highlighted her eyes a little bit more, which is a pretty interesting part of her character.  They say that the death winds outside of Fostervilla were responsible for her odd look (the silver hair and violet eyes).  This brought those features a little closer, I thought. 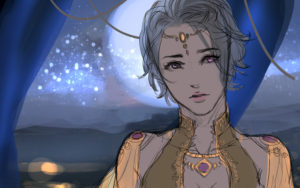 We moved forward a little bit, and we opted not to use this yellow/gold version of the outfit.  It could have worked, but we liked the red version she pitched too much. 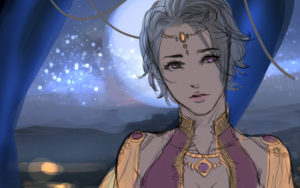 I don’t know why, but this one just seemed to flow better for me. 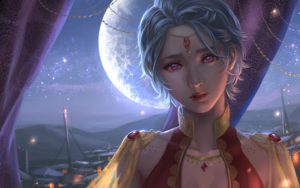 Pear also gave us two versions of the completed piece (four if you count the portrait/bust shots she did as well).  This was the one we don’t call our final piece.  It’s a little rounder and more anime-looking, though you would probably find it hard to tell. 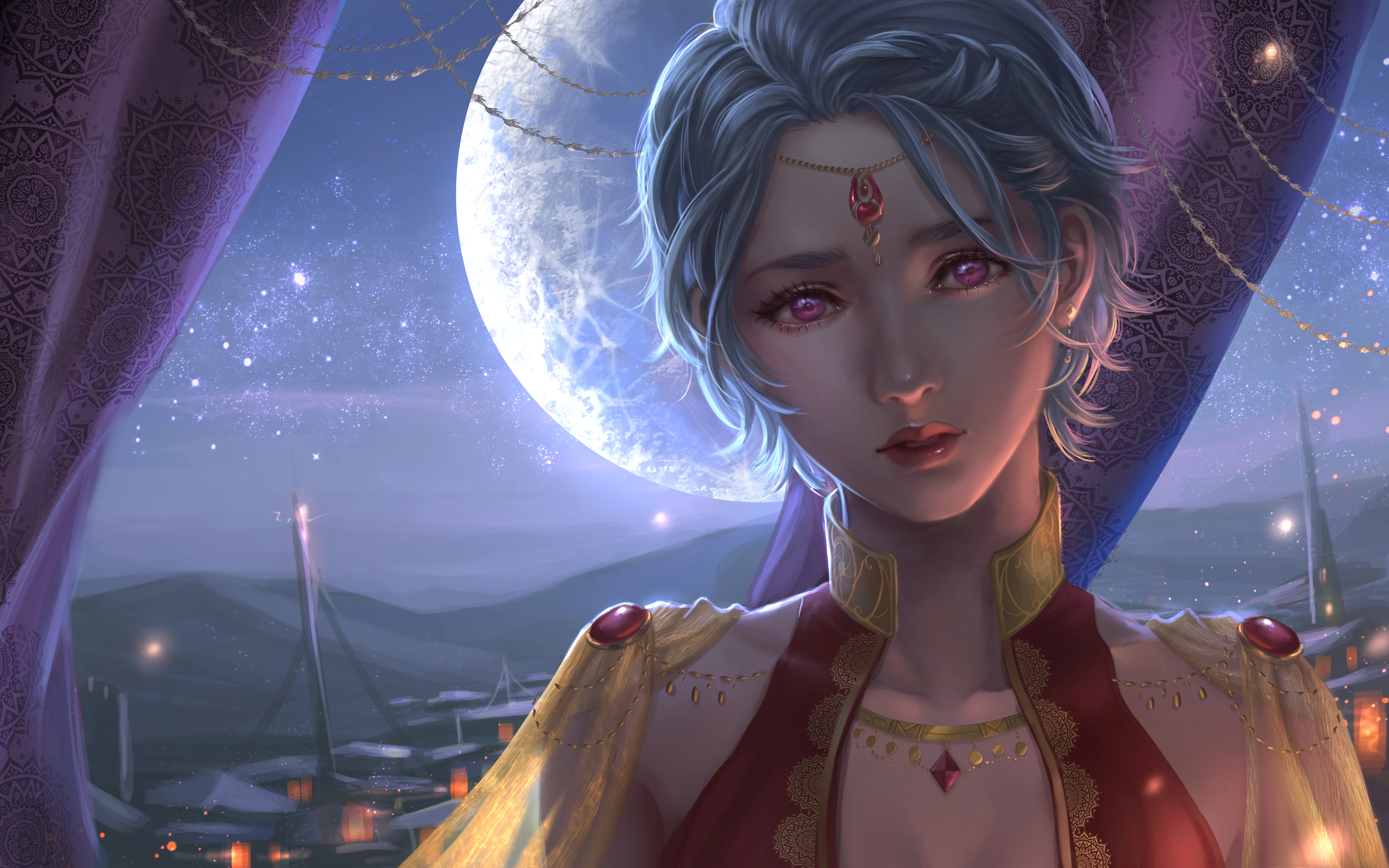 And here you have it.  Our final version of Iris Denaar looks great.  Pear did a phenomenal job (as always), and I can’t wait for the next opportunity to work with her.