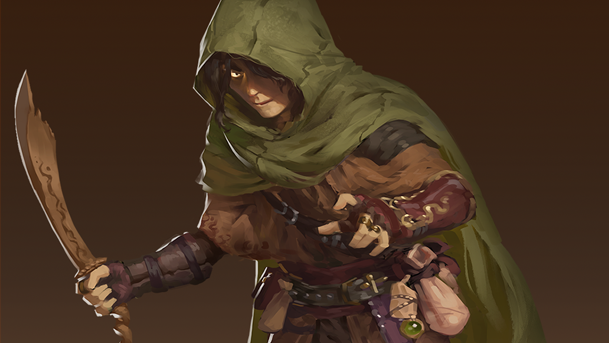 Howdy folks!  It’s been almost half a year since we have had the opportunity to show off any of our collaborations with Hozure.  There’s a pretty good reason for that, but it’s a bit on the sad side.  You see, we haven’t actually had an opportunity to work with Hozure since then.  He’s put his focus in other areas, and even though we tried for a year to try and get some awesome Hozure art, we just couldn’t make it work.

But then, lo and behold, we found some Hozure works that we didn’t use!  They got lost in the shuffle, so over the next few weeks, we’re going to treat you to the final trio of Hozure art pieces.  I really hope you like them, and I’m happy to start things off with his interpretation of Holklund Crescentshire.  Let’s get started!

As always, we started with a set of poses.  Can you spot which one we ultimately went with? 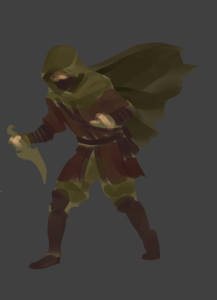 After that, a sketch put things in place a little bit more.  We wanted to make sure we caught sight of Holklund’s wooden sword, Sepulcher’s Claw, so a little bit changed there.  The color scheme was a little bit different than we intended too, but we let Hozure do his thing, and were ultimately really happy with what we ended up with.  Let’s move on… 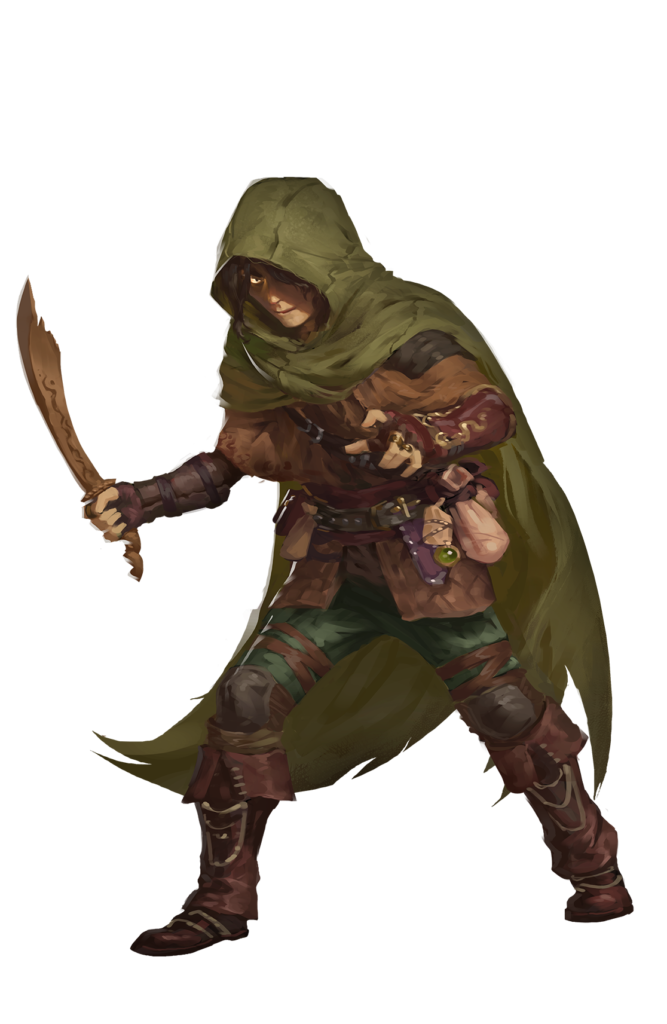 Here’s our sneaky thief in all his glory.  Hozure did an awesome job of putting this together, and I’m glad we were able to track this down and realize we didn’t post it!  Let’s look at one more version with the background in place. 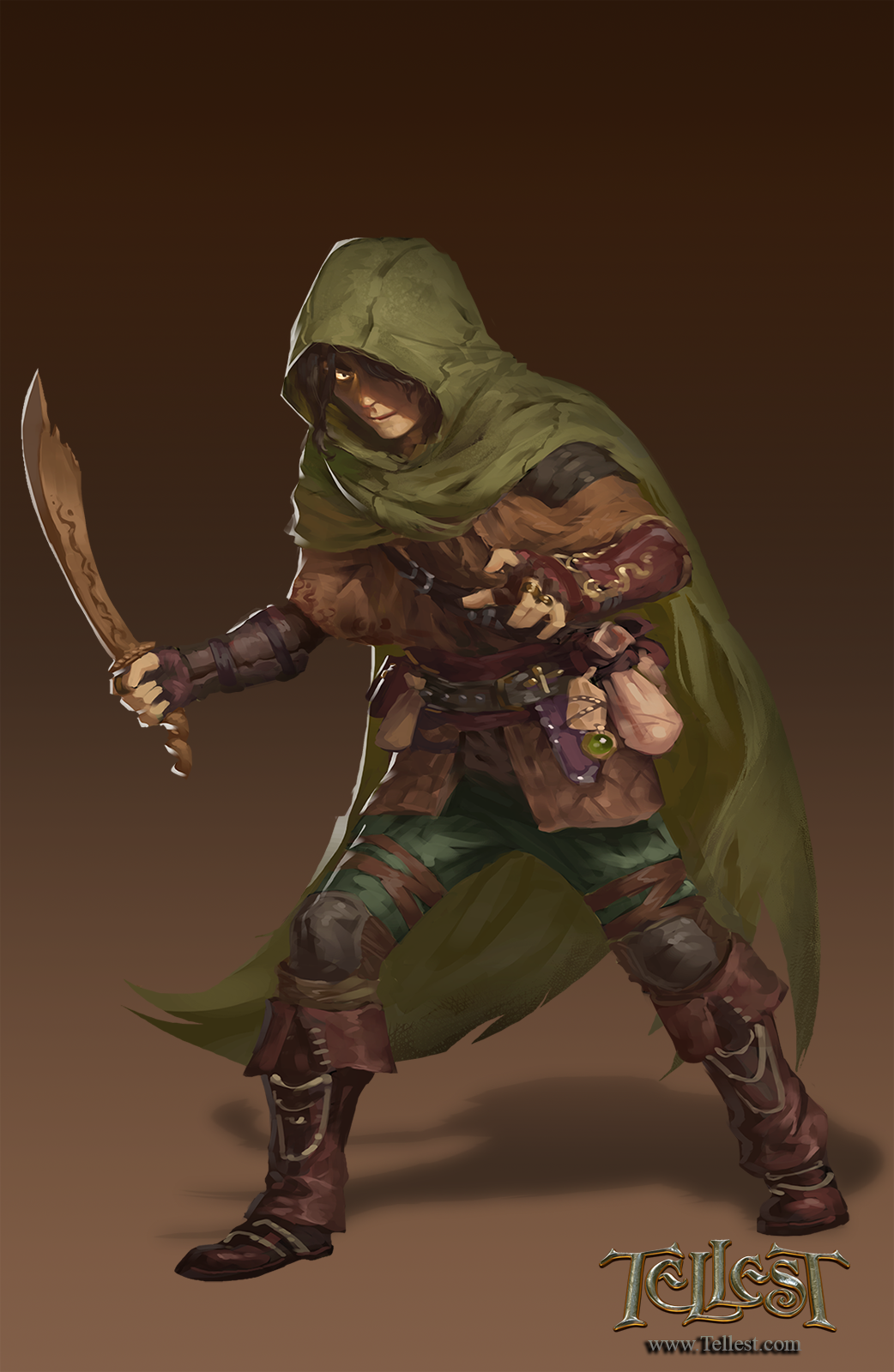 Well, there you have it!  One of the last three Hozure pieces down, and in my opinion, one of his best pieces.  Don’t forget: we have two other characters left to show off.  Any ideas who gets the Hozure treatment?  Here’s a hint: they’re both characters another artist has done at least once.

We’ll be back in a couple weeks with the next character!