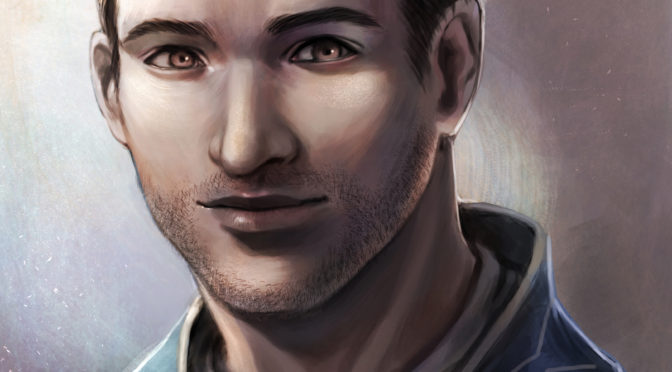 I’m still getting used to life after Kickstarter.  Things are moving extra extra quick, from a writing perspective, a marketing perspective and a website maintenance perspective.  I’m waking up early every day, all in the hopes of trying to catch up with everything. We do have some good news—another book was finished over the weekend—but hey, that’s not what you’re here for this instant.  You want art!

We’re all set to deliver, because we once again were given the opportunity to work with RedPear.  This time, we’re showing off a character who was introduced in one of the original trilogy books before getting a little spinoff short story in the Tales of Tellest.

Conrad the Blessed would be an unassuming citizen of Atalatha if it wasn’t for his talents as a cleric.  He’s been responsible for bringing some of the finest heroes back from the brink of death, but following the end of the battles with Blacklehn, he found himself healing the wrong person… 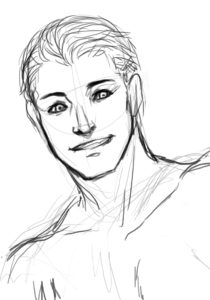 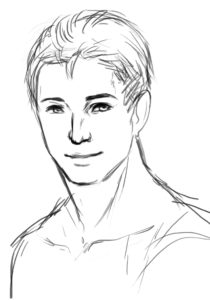 The first thing we had to decide was what pose we wanted to introduce Conrad with.  We passed on the top one, and went ahead with the bottom selection. 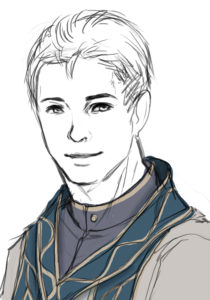 Red gave us a nice little follow-up, so we could take a guess at what kind of outfit we could expect our cleric to wear. 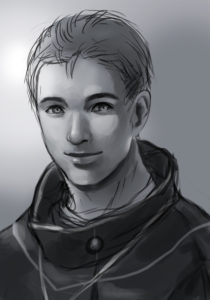 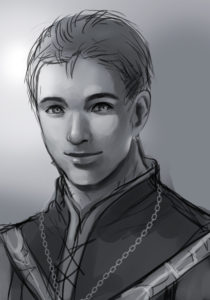 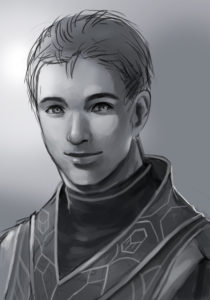 Of course, our artist is nothing if not thorough, and as we made our way deeper into the character creation process, she gave us some other clothing options to choose from.

We ultimately settled on pretty much the same outfit she originally set out for us.  If it ain’t broke, don’t fix it, after all! 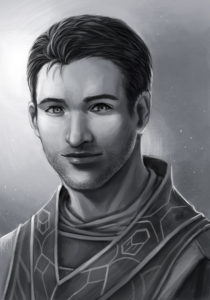 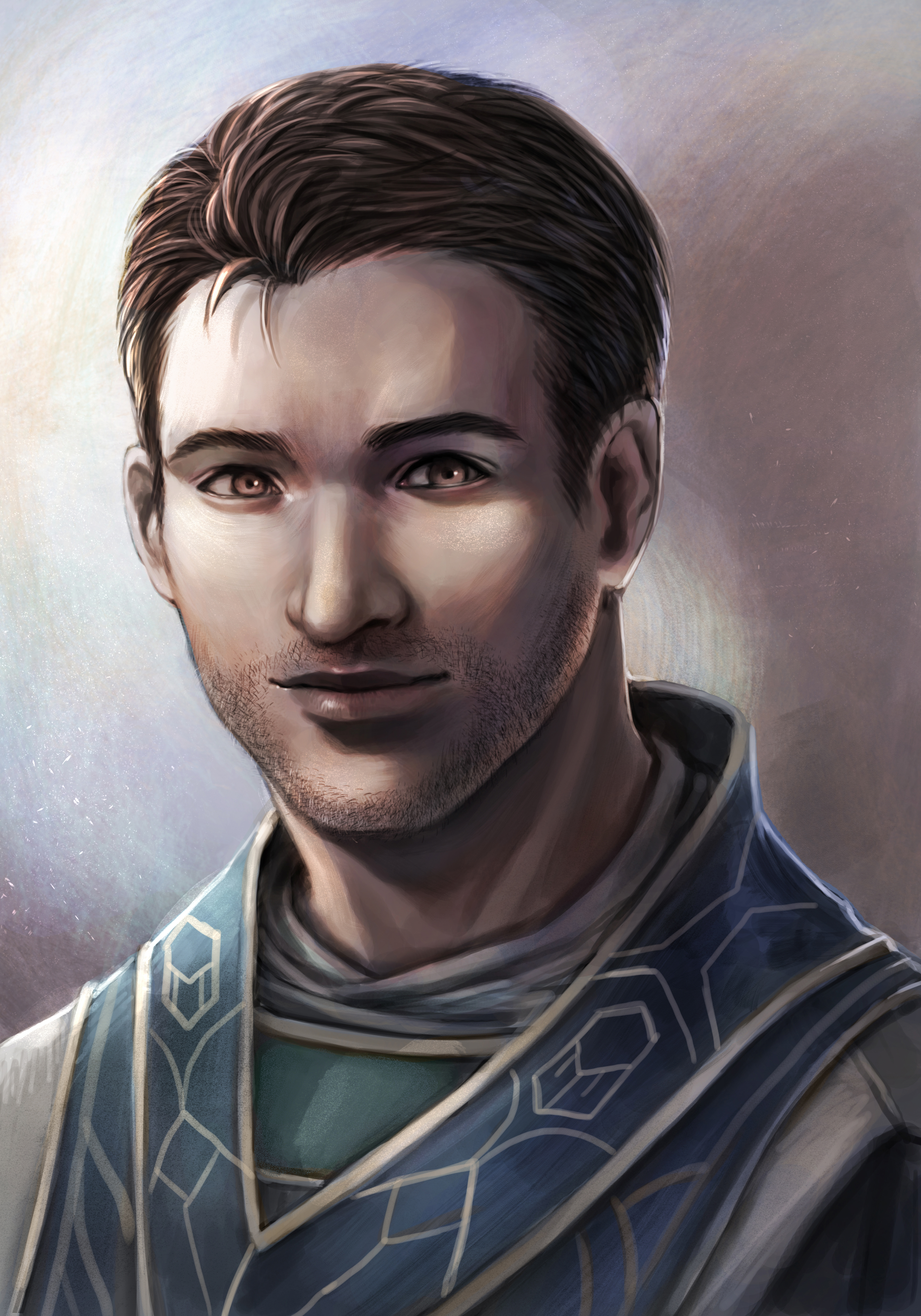 Finally, Red added a dash of color, and gave Conrad a real good last look at him.

It’ll be a long while before we get to feature some RedPear art again, but we are so excited for that opportunity.  She did some great work for us, and we can’t wait for her spot in the schedule once more!